November offers a particularly great opportunity to raise awareness of prostate cancer and let the men in your life know it’s not something that can’t be talked about. 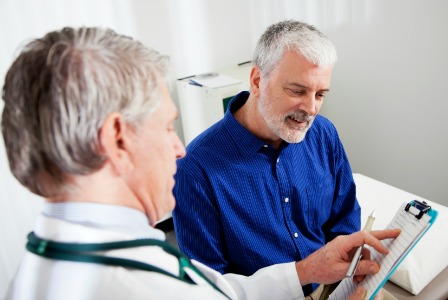 Thanks to some dedicated organizations and thousands of inspirational women, awareness of female diseases, such as cervical cancer, ovarian cancer and breast cancer, is being raised. Their hard work is making it easier for women to open up about their concerns and seek treatment sooner. And although a lot of headway has been made recently for male cancers, many men are still too embarrassed to step forward and talk about their experiences.

Fortunately, however, “Mo”-vember has played a large role in raising awareness and assuring men that there’s nothing to be embarrassed about.

If you aren’t familiar with the concept of “Mo”-vember, you need only look around during the month of November to spot the huge increase in men sporting facial hair. That’s because ever since the trend originated in Australia, men all over the world have been growing out their moustaches throughout the month of November to show their support of awareness of prostate cancer and men’s mental health issues. If you think a man in your life might be interested in taking part, simply refer him to the Movember website, where he can sign up to raise funds as he dedicates his normally clean-shaven face to the movement for 30 days. Last year, a staggering $125.7 million was raised all over the world!

Find out more about Movember >>

But what’s even more important than the money raised throughout November is the awareness the event brings. The Canadian Cancer Society reveals that prostate cancer is the most common cancer among Canadian men. It estimates that 26,500 men will be diagnosed with prostate cancer in 2012 and that 4,000 will die of it. The probability of a man developing prostate cancer in his lifetime is one in seven, and the probability he will die of it is one in 28. The statistics show just how common the disease is, but still, many men are scared to talk about it.

While you yourself can’t grow a moustache to support the cause this November, there’s still a lot you can do. Let the men in your life know how common the disease is, and assure them it’s something they should never hesitate to talk about. And of course, be sure to donate your time or money to an organization such as Prostate Cancer Canada if you’re able. Every little bit counts.

To be safe make an appointment with your doctor if you have any of the following symptoms or any other symptoms that worry you.

5 hrs ago
by Sarene Leeds

11 hrs ago
by Tanya Selvaratnam