Having a few drinks over dinner or with friends might seem a normal activity, but if it becomes a regular habit, it could be the sign of something else. Do you need more information? Here are some of the signs a person might be at risk for an alcohol problem.

Related story Gun Deaths in the U.S. Have Skyrocketed, Especially Among Women 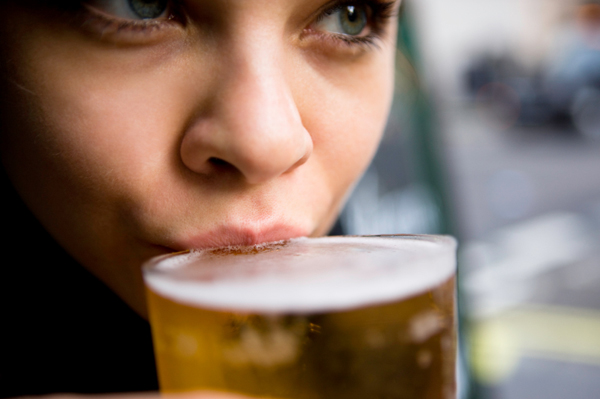 If you like to have a drink on occasion, you’re certainly not alone, as according to Health Canada, the majority of Canadians seem to enjoy their cocktails, with over three-quarters of the general population surveyed reporting they have had alcohol in the past year. While most Canadians will imbibe in moderation and fall into the category of a low-risk or “social” drinker, Health Canada reports that  4 million to 5 million drinkers participate in high-risk drinking, and per CBC.ca, approximately 11 per cent of the population has a drug or alcohol abuse problem. Heavy drinking is a serious concern, since the implications of alcohol misuse can be far reaching: Chronic alcohol abuse and alcoholism (alcohol dependency) will likely lead to a number of problems, such as health issues, mental health conditions and financial concerns, and can adversely affect the lives of family and friends. So where do you fit in? Are you a social drinker, or are you concerned your drinking habits might be something more? While every person is different, here are some of the common risk factors and symptoms that indicate a person could develop or have an alcohol abuse or dependency problem.

Risk factors include the following:

Symptoms of having a drinking problem include the following:

If you suspect you or a loved one may have an alcohol problem, seek professional help from your health care provider, who can provide you with the treatment options you need to safely get on the road to recovery.