Chances are you’ve bought a magazine because of an elaborate promise written on its cover. And have the promises ever delivered? Not likely. That’s why we demystify some of the most common claims so you can avoid magazine falsehoods. 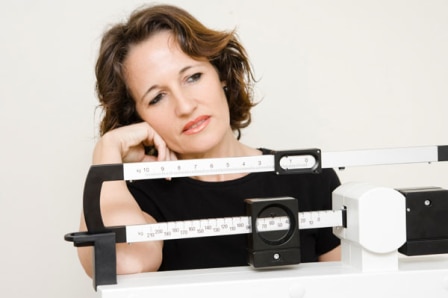 It’s hard not to get sucked in by the promises splashed across the covers of magazines. To make sure you never waste your hard-earned money on empty promises again, we’ve enlisted the help of certified personal trainer and fitness instructor Holly Greene. Let’s hear what she has to say about these three common headlines.

Undeniably, promises of quick weight loss success are extremely tempting. Of course losing the weight immediately is more appealing than waiting months to work it off. But Greene explains that although plenty of restrictive and radical methods, such as fasting and weight-loss pills, might live up to such promises, none of them are good for you. Because they’re so extreme, they’re impossible and even dangerous to stick to for long, and when the diet is no longer adhered to, the weight will quickly start coming back.

Greene says that “the safest way to lose weight and keep it off is to lose one pound per week. And a good way to do so is to burn 500 calories more than you normally would each day. By increasing your exercise to burn 250 extra calories and then decreasing your diet by 250 calories, you can burn those 500 calories without having to eat much less.” You won’t feel starved, which will help you stick to the plan for longer and achieve better results in the long run. It may not be as speedy, but it’s more doable and long-lasting than giving in to a quick fix offered by a magazine.

Every woman has an area of her body she’d prefer to change a little. And that’s why promises of workout routines that target and tone a particular area can be so tempting. But Greene explains that “you can target muscle groups, but you can’t target fat. When we burn fat, that fuel can come from any of the fat stores throughout the body, not necessarily the ones that are located near the muscles being worked.” For example, although exercises for the arms will strengthen arm muscles, there’s no guarantee the fat in that area will disappear.

If you want to lose fat and tone up certain areas, Greene advises you follow the rule “calories in must be less than calories out.” Rather than focusing on training a specific muscle group, focus on burning more calories than you consume. By combining cardiovascular exercise with weight training and sensible nutrition, you’ll lose fat, which can eventually help make those toned areas you’ve been working on more visible.

It seems you can’t look at a magazine rack without seeing at least one cover that promises you ripped abs. But how true are these claims? Greene explains that “muscle growth rates vary from person to person.” How quickly you build muscle depends on your age, gender, physical condition and your fitness routine and nutrition. She explains that, under the best circumstances, a male can build 1.5 to 5 pounds of muscle per month; females will build less than that. Even so, she advises that trying to target the abs with crunches may not be enough. If you have too much body fat in that area, it will hide the muscles underneath. Although experimenting with different core-strengthening exercises is a great idea, don’t be too disappointed if your 6-pack doesn’t pop out after the promised amount of time. But if you stay positive and stick with healthy habits, the results will come.