With the way media is today, it’s easy to come across an abundance of images of well-displayed, delicious-looking food. But can “just looking” wind up costing you your health? 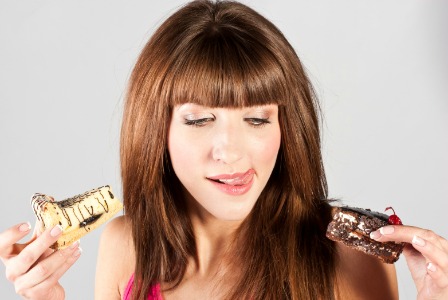 If McDonald’s commercials simply featured a snapshot of a what a true Big Mac looks like, would you be consumed by the overwhelming desire to track one down? Not likely. But when the image of a perfectly constructed and filmed burger is put on the screen, many people can’t help but find themselves craving it — even though they consciously know it isn’t the reality they’ll end up with.

A real cause for concern?

Nutrition educator at Seneca College and self-proclaimed foodie, Debra Fingold explains that in our day-to-day lives, “we’re always faced with temptation” — whether that’s walking into a grocery store where the aroma of the bakery is being fanned around, or glancing up at a billboard of an overflowing sundae. She says that although food is inticing in scent and appearance, it’s up to the individual to have self-restraint where necessary. Food photography has existed for a long time, and simply looking at it and even appreciating it doesn’t necessarily mean your chances of obesity are any higher. She relies on the wise adage “eat when you’re hungry, and stop when you’re full” and explains that it’s OK to indulge occassionally in those foods you see and crave, so long as it’s in moderation.

Although you can’t do anything about what the media presents you with, there are some changes you can make in your own life that may help if you feel the heightened images affect your eating habits. You may want to begin by switching over to healthier images. There are plenty of healthy food blogs out there, such as Oh She Glows and Family Fresh Cooking, that are loaded with beautiful images of healthy foods. They might get your cravings going, but at least they’ll have you craving wiser options. Or an even better alternative may be to purchase some picture-free cookbooks that will have you looking at the ingredients rather than the images. It can be hard to avoid all the sensationalized images of food put out there today, but it’s within your power to appreciate food for what it is without going overboard. So don’t be afraid to look; just make sure that when you do indulge, you’re checking in with yourself and using your common sense to do so in moderation.

Have you tried raw foodism?
The healthiest foods at Starbucks
Creative ways to add veggies to your diet