This might be the scariest bit of information a man has ever heard, but according to a new study, castrated males live almost 20 years longer than those who are not. 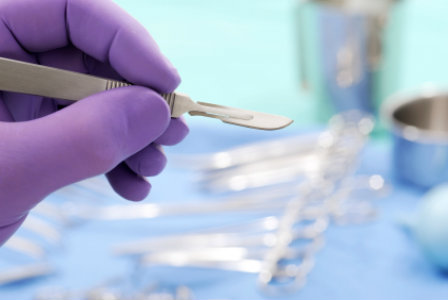 Well, this definitely doesn’t strike us as a procedure any man would ever eagerly seek; it’s the stuff of nightmares, really. But what a curious discovery nonetheless!

According to a recent study published in the journal Current Biology, Korean eunuchs — men who have been castrated — live from 14 to 19 years longer than their “full intact” male counterparts, leading to the theory that male hormones affect longevity.

During this study, researchers used a genealogy record called the “Yang-Se-Gye-Bo,” which documented eunuchs who served in the imperial court (as harem servants and guards) during the Chosun Dynasty (ruling from 1392 to 1910).

Of the 81 eunuchs studied, the average lifespan was 70 years. In comparison, the lifespans of the non-catsrated males of the court were between 56 and 60 years (kings barely ever made it past 50!). Three of the eunuchs studied lived to 100 years or more, which is a centenarian rate almost 130 times higher than expected in modern society.

So what does this mean, really?

“Our study supports the idea that male sex hormones decrease the lifespan of men,” the authors of the study wrote.

The downfalls of being male

Basically male sex hormones negatively impact the immune system and consequently “predispose men to adverse cardiovascular attacks.” This explains why females in most species tend to live longer. To top it off, females actually have a backup X chromosome (one half from mum, the other from dad), so if one X chromosome is defective, only half the cells will be affected. Men are not so lucky.

In layman’s terms, fellas, your body is trying to kill you, and if you want to live as long as the ladies do, you’re going to have to make a few sacrifices. We kid, but not really.

Of course, the study did not take into account the Korean eunuch lifestyle (including diet, exercise and whatnot), but their longevity is definitely not attributable to the privileged living of the court, since most eunuchs lived outside of the palaces.

Do as girls do

Now, the authors of the study insist they do not promote cutting off important male anatomy bits, but they do suggest that boys look in on what the girls are doing — maybe they’ll learn something.

Of course, proper diet, exercise, abstaining from smoking and from guzzling liquor like every day is St. Patty’s Day is also recommended.

Keep on keeping fit, gentlemen, but now at least you know there’s always a surgical option for longer life… Again, we kid — don’t do it!

What birth control is right for you?
Caffeine: Can it be good for you?
Fast diet myths debunked