We often hear about how we should cut coffee out of our diet because of the caffeine it contains. But caffeine does offer some benefits according to recent research studies. 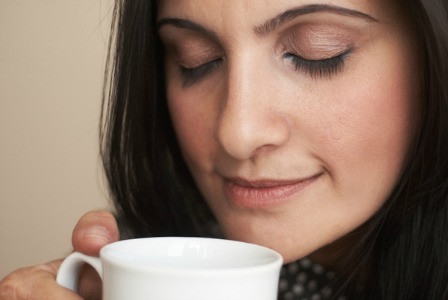 Many of us rely on a cup of joe (or two) to help wake us up in the morning. But how good or bad is this beverage for us? When it comes to the research findings, there appears to be many pros to caffeine.

A recent study conducted on mice found that when combined with exercise, caffeine can prevent skin cancer. The research revealed that the mice given caffeine showed 62 per cent fewer non-malignant tumours when exposed to UVB radiation compared to the group not given caffeine. Another finding? The tumours the caffeinated group exhibited were 85 per cent smaller in size. The researchers speculate that this is due to the link between fat, inflammation and cancer.

In another study, researchers from the University of South Florida found that there’s a certain ingredient in coffee which, when paired with caffeine, stimulates the blood levels of a certain protein, and that this may help delay the development of Alzheimer’s. The findings show that neither caffeine alone nor decaffeinated coffee alone elevates the levels of this beneficial protein (known as GCSF or granulocyte-colony stimulating factor), leading to the thinking that this still-to-be-determined ingredient in coffee paired with caffeine is what triggers more GCSF in the bloodstream. Note, though, that you’d need to consume a fair amount of coffee (four or five cups daily) to potentially benefit from this protection against the debilitating disease.

Caffeine may help improve your athleticism

Caffeine has been known to stimulate the nervous system, which may help your fitness, and more recent research has found that a high amount of caffeine can help boost your endurance in certain physical activities, ranging from everyday exercise to running a marathon.

So how much caffeine should you consume?

Not all the findings on caffeine are positive. Consider the fact that caffeine is addictive and that consuming an excessive amount can give you the jitters and make you irritable. How do you determine how much is OK for you to have, then? Nicole Yuen, a registered dietitian in Toronto, notes that Canadian guidelines recommend healthy, non-pregnant adults limit their intake to 400 milligrams a day. If you’re expecting or are of child-bearing age, then your limit is 300 milligrams.

“To give perspective, this is about two to three cups of coffee, as one cup of coffee has on average 120–180 milligrams of caffeine, depending on how it is roasted and brewed,” says Yuen. While there are positive findings on caffeine, Yuen stresses that it’s important to maintain a balanced picture and be aware of the risks of over-consumption. Another factor is the negative effects of added components to coffee, she says, such as pouring 20 per cent cream in your coffee every day, which is not the healthiest choice and could contribute to the risk of other diseases. If you’re concerned about your caffeine consumption, she suggests talking to your doctor or dietitian about your diet and lifestyle habits.

Here’s to tea: Drink to your health
Low-calorie drinks you didn’t know existed at Starbucks
Matching tea to your food