September is Ovarian Cancer Awareness Month, which makes it the perfect time to learn all you need to know about the disease and how to prevent it. 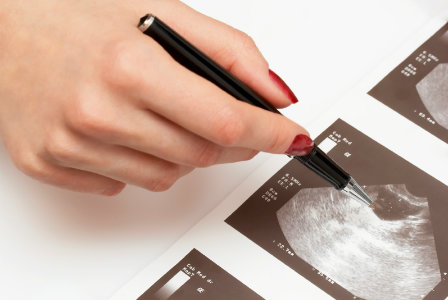 How serious is ovarian cancer?

Ovarian Cancer Canada reports that the disease is the most serious of all gynecological cancers and the fifth most fatal for women. Every year, 2,600 Canadian women are diagnosed with ovarian cancer, and 1,750 women succumb to the disease. It is particularly dangerous because the symptoms are so varied and vague that they often go undiagnosed for a long time. Fortunately when it is diagnosed and treated early, the survival rate is 90 per cent.

Many of the signs and symptoms are relatively vague and could be caused by something else entirely. So experiencing one of the examples listed below doesn’t necessarily mean ovarian cancer is the culprit. It is, however, wise to familiarize yourself with the symptoms so you don’t mistakenly attribute what you’re feeling to another cause. The University of Washington School of Medicine reported in 2004 that further diagnostic investigation should be sought particularly when the symptoms are severe, frequent and/or have appeared suddenly.

Some of the most common symptoms include fatigue, gas, nausea, indigestion, back pain, abdominal pain, pelvic discomfort, menstrual irregularities and swelling or bloating of the abdomen. Individuals may also experience changes in weight as well as altered bowel habits and the need to urinate more frequently. In some cases women may also experience pain during intercourse, vaginal bleeding, the inability to eat normally and/or a pelvic lump.

If you find yourself experiencing one or more symptoms for three or more weeks, consult your doctor. There are several tests she can perform, such as a pelvic exam or a transvaginal ultrasound, to determine what’s going in. Ten per cent of ovarian cancers are hereditary, so if you have a family history of the disease, make sure your doctor is aware.

The risk of developing ovarian cancer increases with age. A woman’s risk is also higher if she has two or more close relatives who have had the disease. Women in such a situation should consult their doctors to discuss early prevention. Having a history of breast cancer or colon cancer or having family members who have is also an indication. Risk also increases in women who have not had children, breastfed or used oral contraceptives.

Unfortunately no early detection test for ovarian cancer exists yet. That’s why it is so important for women to be aware of the signs and symptoms so they can take action before it’s too late. If you think ovarian cancer might be a possibility, see your health care provider immediately. Don’t put it off. And if you, your family or your friends want more information, consider attending an Ovarian Cancer: Knowledge Is Power event in your area.

Breast cancer: Truths and myths
Cervical Cancer Month: 5 Things you should know
Your guide to the prevention and detection of skin cancer