In the early ’60s a major advancement took place in contraception as the birth control pill was launched. Fast-forward to today, and it would appear another such advancement is on the horizon. 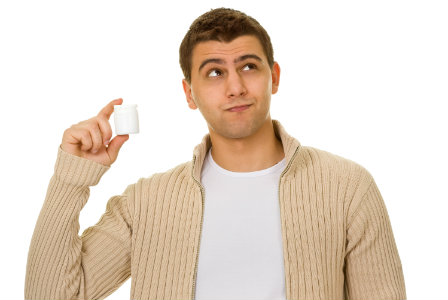 Researchers have discovered a compound that affects sperm development in men. So does this scientific breakthrough mean an oral male contraceptive is on the way?

While a broad range of birth control options is available to women, the list narrows greatly for men. Barring abstinence, men have been limited to only two dependable methods of birth control: condoms or a vasectomy. But that might be changing, according to recent reports.

Researchers at the Dana-Farber Cancer Institute and Baylor College of Medicine have identified that a chemical originally created to aid in the fight against cancer also disrupts sperm production. This compound, known as JQ1, is able to affect spermatogenesis, the process by which sperm develop and mature. In the study, laboratory mice given JQ1 became infertile; these mice had a reduced sperm count and a lower quality of sperm in comparison to the mice that didn’t receive the compound. Not only that, but according to Time Healthland, the induced infertility appears to be without the side effect of loss of sex drive and is reversible. After the mice stopped getting the drug, their sperm production returned to normal, and they became fertile again. The Week suggests a non-hormonal birth control method such as this may be a preferred treatment over one that modifies testosterone levels, as it would cause no possible side effects such as weight gain and blood clots.

In light of these results, Dr. James Bradner of the Dana-Farber Cancer Institute stated, “These findings suggest that a reversible, oral male contraceptive may be possible.” He went on to say, “While we will be conducting more research to see if we can build on our current findings, JQ1 shows initial promise as a lead compound for male contraception.”

Changes on the horizon

While there will likely be years of testing before a drug such as this becomes a reality, this recent development may lead to a new era in birth control one day. It would allow men to take greater responsibility in preventing unplanned pregnancies, whether they are single or in a monogomous relationship.

Do you think men would take it? Tell us in the comment section below.