When mediums such as Facebook, Twitter, email and text messaging first came into existence, everyone raved about how they helped people stay connected. But could this “helpful” technology be secretly sabotaging your friendships?

Related story How to Make A Digital Detox Actually Happen When It Feels Impossible
Friendship and technology: Can we have both? 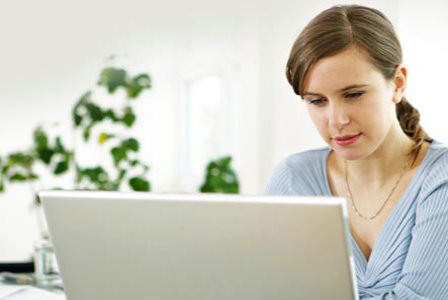 An excuse to be flaky?

At one point or another we’ve all been a little flaky or have encountered someone who was. And cancelling plans at the last minute is far easier when we have technology to act as a buffer. Those same tools, such as Facebook and text messaging, that once made it easier to connect can make it just as easy to disconnect. Unlike in the past, when we had to call up a friend or see them in a few days’ time to explain our absence, now it can be done with a quick “Sorry I can’t make it in the end” text or by clicking “Not Attending” on the Facebook event page. Sure, it seems quick and painless in the moment, but what does it mean for the future of the relationship? If we’re constantly making and breaking plans in seconds, how do we learn to rely on and trust each other?

If only the answer were as simple as “be there.” Unfortunately sometimes we don’t have the time or energy to go to every event that comes our way, especially when Facebook makes it easy to invite a multitude of people to an event with just one click. The best thing to do is to make only those commitments you feel very confident you can keep. If you’ve been invited to three events on one night, chances are you won’t be able to make it to them all. So let the host know early on. And if the day approaches and for whatever reason you cannot make it, recognize that it may be a big deal to your friend, and go the distance to explain and apologize. Rather than sending her a short text, call her up and explain the situation. Or if you don’t want to disturb her on the day of her event, try writing a handwritten card thanking her for the invite and explaining why you were absent. We’ve all been on either side of the situation, so when in doubt, put yourself in your friend’s shoes.

Chances are there have been times when you’ve scanned Facebook or Twitter and thought to yourself, “Why did she post those pictures?” or “Why did he say that in his status?” When everything is clear-cut and in full view, we can become more focused on how we are perceived rather than who we really are. And those friends who know us well might be confused by the juxtaposition.

Ensure you dedicate more time to actually seeing friends and letting them get to know the real you rather than worry about the next thing you’ll post or say via social media. When all is said and done, technology can be a great way to stay connected, so focus more on developing those connections than on how you’re being perceived by acquaintances online.

Who hasn’t been in a situation where you’re at dinner with a friend and she’s more focused on tweeting about where she is or checking on someone’s status update than having a deep conversation with you? We all have. And some have even been on the other end as the one being distracted by technology. No matter who’s doing it, it’s no way to build a friendship. We have countless hours in a day to check Facebook and Twitter on our own, so why do we insist on doing it while in the presence of others? It may be habit. It may be that we hope it gives the impression we’re cool and in the know. But what it does, ultimately, is put up a barrier between friends who are sitting within a few feet of each other.

If you have a friend who is constantly on her phone in your presence, often the best thing to do is to have an open and honest discussion about it. You could begin by pointing out someone else — whether a friend or a stranger — who is always on their phone and indicate that you would find that upsetting. If she doesn’t get the message, you may have to approach her directly. You won’t be able to enjoy your time with her if you always feel as though she cares more about connecting with someone else through her phone than talking with you, so something has to change. And it goes both ways. If you notice you spend more time on your phone than living in the moment when you’re with friends, apologize, and put it away.

7 hrs ago
by Ashley Papa

7 hrs ago
by Gina Escandon