Professional athletes train multiple hours a day every day, and music can play a huge role in keeping them motivated and upbeat. You can feel like you’re a pro yourself with these tunes your favourite athletes love. 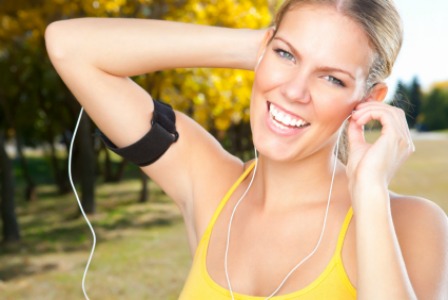 As a skateboarder, Tony Hawk requires an alert and energized body but a calm, focused mind. And what music helps him do that? Old-school rock seems to do the trick. Bands like The Clash, Guns N’ Roses, Wolfmother, The Black Keys and Nine Inch Nails are some of his favourites.

What does the reigning Women’s World Champion Surfer listen to before she rides the waves? She reveals it’s Eminem’s “Lose Yourself” that gets her really pumped, while Ellie Goulding’s “Lights” and the music of Paramore are what keep her Zenlike the rest of the time.

As 1996 OHL Player of the Year, Stanley Cup winner and Battle of the Blades contestant, Boyd Devereaux certainly has achieved a variety of accomplishments, and his music selection reflects his varied skills. If you’re a lover of indie rock music, you will definitely want to check out some of his favourites:

Between playing in the NBA and running the T. J. Ford Foundation, which is dedicated to enhancing individuals’ lives educationally, recreationally and physically, this former pro basketball player needs the right playlist to keep him going. His list of favourites include some truly excellent pump-up jams:

It’s tough to find another athlete who wears quite as many hats and is under as much pressure as David Beckham. He revealed in an interview with People Magazine that his favourite way to get ready for a game is to relax and listen to music. According to Beckham, some of his favourites are Jay-Z and — not surprisingly — Spice Girls! Don’t know if he’s kidding about the last one, but we think the likes of “Spice Up Your Life” and “Stop” are certainly worthy of your “get pumped up” playlist!

More on your favourite athletes