Over the counter (OTC) pain medications are commonly used to treat minor aches and pains including headaches, colds, flu, arthritis, toothaches and menstrual cramps. They’re also great fever reducers. OTC pain medications fall into two categories: Acetaminophen and Non-steroidal Anti-inflammatory Drugs (NSAIDs). So how do you know which type of OTC pain reliever to reach for — and what risks should you be aware of? Find out here. 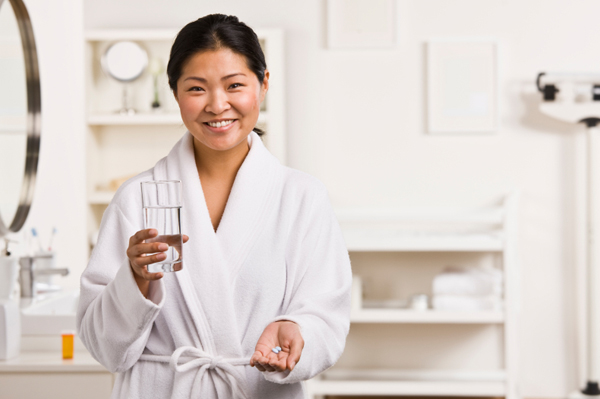 Acetaminophen, sometimes called paracetamol, is typically used to treat pain and fever not related to inflammation.

“Acetaminophen may be a good alternative for pain relief for those who are at risk of heart disease or stomach problems with NSAIDs,” says Elliott Antman, M.D., professor of medicine at Harvard Medical School and Brigham and Woman’s Hospital in Boston.

Acetaminophen is a safe and effective pain medication when taken as directed. Taking too much of this pain reliever, however, could result in liver damage.

Pay particular attention to dosing guidelines when giving acetaminophen to children. According to a study conducted by Dr. Rod Lim of the Children’s Hospital at London Health Sciences Centre and published in the June 2012 Canadian Medical Association Journal, “Acetaminophen overdose is a major cause of acute liver failure and is the most common identifiable cause of acute liver failure in children.”

Always remember that acetaminophen and alcohol don’t mix. Make sure you have fewer than three alcoholic beverages while taking acetaminophen to avoid liver damage.

NSAIDs are used to treat inflammation and pain related to inflammation. Menstrual cramps, sore muscles or arthritis are all prime candidates for the recommended dose of NSAID pain medication.

According to Health Canada, NSAIDs include

Some NSAIDs, such as Advil Nighttime, are formulated specifically to help with sleeplessness due to aches and pains. The combination of ibuprofen and diphenhydramine hydrochloride, a gentle sleep enhancer, helps to induce sleep and provide pain relief for several hours.

Precautions: Talk to your doctor about taking NSAIDS if you have a history of stomach ulcers, heart disease, kidney disease or high blood pressure.

In addition, a 2011 study conducted by Researchers from the University of Montreal, CHU Ste-Justine, Quebec, and École Nationale de la Statistique et de l’Analyse de l’Information, Rennes, France and published in the Canadian Medical Association Journal, showed a greater risk of miscarriage for women who took any type and dosage of nonaspirin nonsteroidal anti-inflammatory drugs (NSAIDs) in early pregnancy.

Migraines: 11 Ways to not treat a headache
Natural remedies for pain relief
Signs it’s time to see your doctor for pain