Cycling is a fun and healthy activity that virtually everyone can enjoy. And if you’re looking for extra motivation to get on your bike this summer, look no further than these great cycling events. These athletes are strong, tough and bound to provide some serious motivation.

Related story I Got The Viral TikTok Bike Desk & Okay, I'm Obsessed With It (& It's On Sale) 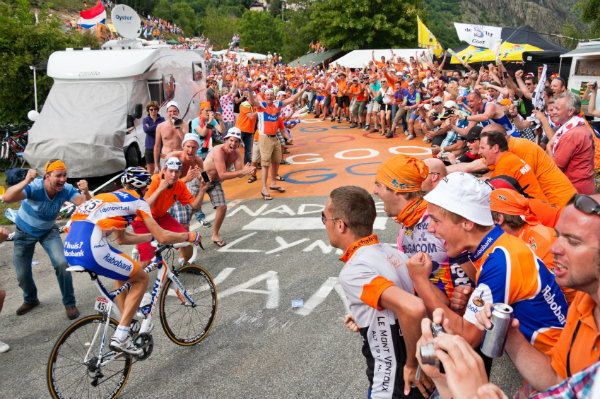 Many countries host big bicycle races, but few would argue that the biggest of them all is the Tour de France. Since 1903, the country has welcomed the world’s best cyclists to try their hands at completing this physically and emotionally challenging ride. It has developed into not only a test of the individual’s strength and endurance, but it is now a team sport. Essentially teams select their strongest member, and everyone works to earn that person the win. Athletes sacrifice themselves for their team to get their leader the prized yellow jersey. The route takes them up and down the Pyrenees, through the surrounding countries of Switzerland and Belgium and finally into the cobblestone streets of the Champs-Elysees in Paris. With winners that maintain average speeds of roughly 40 km/h over a three-week period, this is one highly inspirational race!

If you love the thrill of BMX racing, you won’t want to miss the Canadian BMX Championships. They’re taking place from August 31 to September 1 in Abbotsford, British Columbia. Forget about cycling on serene forest paths or well-paved roads — these athletes bike to the finish on dirt roads, over overwhelming bumps and around surprising obstacles. It’s a thrilling style of event you won’t want to miss.

Canada doesn’t always have the best coverage when it comes to cycling events going on in other countries, but given the amount of publicity for the Summer Games, you aren’t likely to have a hard time tracking down all your favourite events. Although cycling may have been only a small component of the games at one point, it now has four separate but equally exciting varieties to check out, and those categories are further broken down into many smaller events as well! Whether you’re partial to BMX, road cycling, track cycling or mountain biking, there’s sure to be an event you enjoy watching. And if all that isn’t enough to convince you, the thrill you’ll get from watching some of Canada’s best athletes take gold certainly should. We have some amazing cyclists representing us at the games this year, so make sure you take the time to cheer them on!

From August 12–18, the 2012 Canadian Track Championships for para-cycling will be taking place in Dieppe, New Brunswick. Athletes will put pedal to the metal in events such as pursuit, sprint and indivdual time trial. These athletes prove that even a physical disability shouldn’t keep you from getting out there and enjoying time on your bike. If you have a chance to check it out, don’t miss it!