If you love to cycle or have never done it a day in your life but are ready for a challenge, consider attempting the Tour du Canada. The 2012 tour may have already begun, but 2013’s journey is just around the corner! Read on to discover more about this cross-country cycling trip.

Related story I Got The Viral TikTok Bike Desk & Okay, I'm Obsessed With It (& It's On Sale) 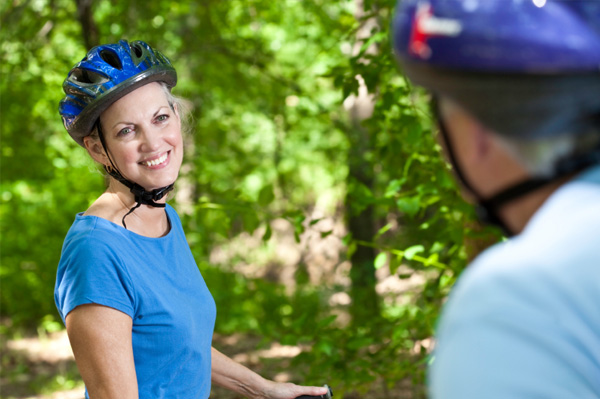 What is the Tour du Canada?

The Tour du Canada has run every year since 1988. It takes anywhere from 12 to 65 people annually from Vancouver, British Columbia to St. John’s, Newfoundland. And rather than sitting in a car to see all the sites Canada has to offer, you’ll be doing it in the open air as you ride along on your bicycle with other Tour du Canada members and organizers.

The total distance covered is 7,650 kilometres, which averages out to about 131 kilometres per day. You have the option of starting in Victoria, British Columbia, so you can touch the Pacific Ocean, bike across 10 provinces and touch the Atlantic Ocean on the other side. Those are some serious bragging rights! Because the tour has been going on for over two decades, the course has been altered and developed to deliver the best possible experience.

Is there help along the way?

Duties such as cooking and cleaning are shared among all the riders. But don’t worry, you aren’t carrying all that equipment yourself! A support vehicle transports all the items you don’t require during your day of cycling. For the most part, the team camps at night, but your tent and sleeping supplies are all carried by the vehicle.

What does it cost?

Each year the organizers review the costs of the previous tour to determine prices for the following event. The cost is announced in October of each year. They do, however, offer bursaries to young people and recent graduates to make sure those who have the passion to take part aren’t limited by finances.

Worried about not being fast enough?

Don’t be! The Tour du Canada isn’t a race — it’s an experience. You are all working together to make it to the other side of the country, and no man or woman is left behind. You don’t even have to be an exceptional athlete. All you need is to be reasonably fit and have the drive to make it across the country. If you are mentally tough and willing to put in the time for training, taking part in the tour is within your grasp!

You’re part of a team

When you become a member of the Tour du Canada, you become a part of the team. Organizers and regular participants are more than happy to answer any questions you may have. And a complimentary starter kit is provided to help you determine what kind of equipment you require and what you’ll want to bring with you for the ride. They help ensure you feel completely prepared before you head out on your journey across the country.