Perhaps even more difficult than ending a romantic relationship, ending a friendship with one of your girlfriends is sometimes necessary. Perhaps you’ve grown apart or her behaviour has become toxic. Here is some advice on how to end this relationship as smoothly as possible. 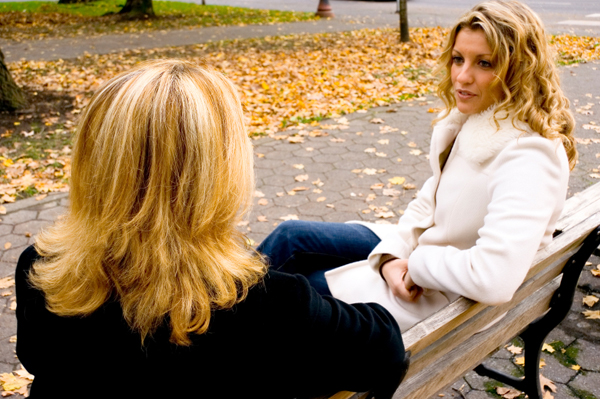 If only ending a friendship were as easy as defriending someone on Facebook. But it takes more than a mere click of the mouse to end an actual friendship. No matter what the reason is behind your wanting to end your friendship, there are two ways you can go about it.

Start to see her less and less, don’t reply to emails or phone calls, turn down invites to do things together if she asks and when you do see her, act distant and aloof. This method will appeal to people who don’t enjoy confrontation. In most cases, your friend will sense you are distancing yourself and usually will stop pursuing seeing you and contacting you. There’s also the chance that she feels the same way you do (that your time as friends is past due) and may simply be in agreement that you don’t spend as much time together. This method is better suited for a friendship that was on a more superficial level (say, the girl you met in a ladies room and who you’ve been hanging around with) rather than the best friend you’ve known since you were 3 years old. Remember, though, that this will leave her with unanswered questions and may make the friendship harder to end — she may pursue you for answers, after all — than if you were to be upfront with her.

Have an open discussion with her

Think about your reasons for wanting to end your friendship with her. You may even want to jot them down so they’re clear to you. Then, if you’re nervous about having this difficult conversation, practice what you want to say to her and how you will say it. Even if your goal is to not be friends anymore, there’s no reason to get nasty. Try to soften the blow and your reasoning, as she may be blindsided, and you want the converation to stay on an even keel rather than making her angry and defensive. You can make the news easier if you focus on how all friendships evolve as people grow and change, pointing out how you’ve both changed rather than focusing on a certain personality trait of hers, for example.

Identifying toxic friendships
Do you have a best friend?
Your new boyfriend isn’t winning over your bestie