Just like dating has its own protocol, breaking up does too. There’s no easy way to do this, and you usually just want to get it over with without making the situation more awkward than it already is. You should stop and think about the way you are going to end it, especially if this person is in your life and you will most likely run into him/her on a regular basis. 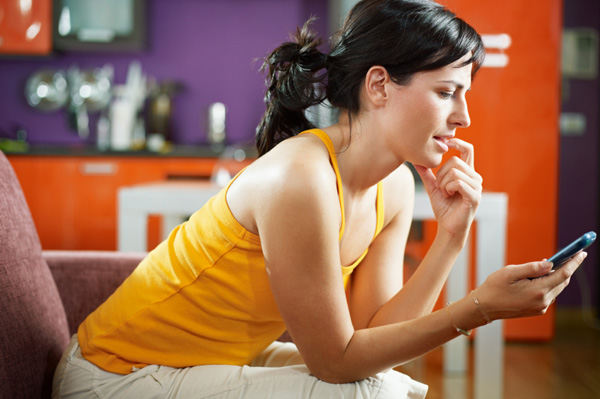 Even though most of us want to do the deed and get it over with, it is important to give the future some thought. A person can move on and meet someone new, but seeding a grudge about the way you chose to end it could cost you a future, potential friendship. So, when you break up with someone, handle it how you need to, just not in one of following ways.

In this day and age, we text more than ever before, whether communicating across the country or to our roommate or sibling next door (and by next door I mean the next room — really). But it is still not OK to break up with someone via text.

The same rules go for e-mail! E-mails are not any more personal than text messages. It’s still a no-go.

While we are truly a Facebook generation, a Facebook message or a Facebook conversation can be a very hurtful way to end a relationship and will definitely undermine your future credibility. It is very impersonal and hasty, giving the impression that the whole thing never really mattered.

Involving others in a couple almost always causes harm. While it is OK to gather some advice and opinions from outsiders, in the end, the conversation needs to take place between the two who are romantically involved. Telling your friend to tell your bf/gf that it’s over might demand less courage, but it is not an advisable move.

If you are going to break up with someone, you need to tell him/her that; they deserve closure. Do not pretend to drop off the face of the earth as a way out.

Whether it’s via your Facebook, BBM or Twitter status, it’s never fun to advertise before informing the one most affected by the break-up.

Letting him/her see you with someone else

It is never OK to let your bf/gf see you on a date with someone else — whether real or for show — just to make them say “I want out.”

Creativity is welcomed during the relationship, but not when you are ending it. The whole point is to make it as painless as you possibly can.

Simple tips for a stress-free split
How to break up with him
Breaking up: The guide to who gets what