A lover’s quarrel isn’t necessarily a bad thing. Practise some of these communication skills and you two may come out of a fight stronger and with better communication and understanding.

Related story Is Your Relationship Over or Should You Fight for It? 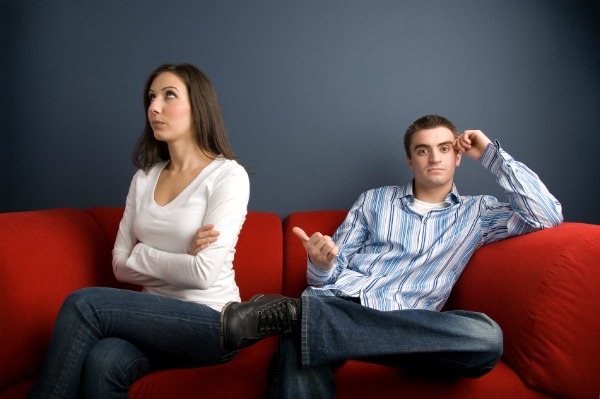 You and your guy fight. The good news is that most happy couples do fight — it’s part of being in a relationship. And the even better news is that you can use your quarrels to your advantage and make them something you can learn and benefit from, allowing you to emerge even stronger as a couple.

It’s natural to get emotional and fly off the handle when in the midst of a fight, but make the effort to keep the argument focused on the topic at hand. If you’re angry about your boyfriend being late to pick you up, resist the urge to rant about how he forgot to pick up the dry cleaning, too. If he starts venting about another topic, firmly bring it back to the issue at hand, and offer him the chance to discuss his issue later on once you’ve discussed and resolved the current problem.

Also resist the urge to review every similar mistake he’s made leading up to this point. Yes, you were angry when he was late driving you to the airport and you almost missed your flight; and yes, you were embarrassed when you were both late to your friend’s wedding thanks to his tardiness, but while trotting out past history to build your case is very tempting, it’ll only make your partner defensive. Plus, it might set him off into a rundown of all of your mistakes.

Arguing doesn’t translate into being as mean as you can be. Name calling and swearing won’t help the situation. Also, instead of attacking your boyfriend (for example, calling him a lazy-ass for leaving his dirty towel on the bathroom floor), make your statement reflect how his behaviour makes you feel (in this example, “It really bothers me when you leave your things lying around”).

Bring a resolution to the fight

Don’t let the fight just peter out and not come to a resolution, or you risk the thing festering and building up until one of you explodes again. It’s important to compromise; to find a strategy that you are both okay with. Once you’ve aired each of your sides, discuss what each of can do to change the situation. For example, you might let the clothes-picking-up slide somewhat in exchange for him doing the laundry (a chore you’ve always hated). While it might take a while for you both to change your habits, you’ll be better off in the end.