I was sitting at a cafe on the Lower West Side with my hip, fashion-designer friend when the conversation invariably shifted back to the dating scene in Manhattan.

t Excitedly, Carrie told me about this new dating app called Tinder, which instantly locates single, available men right near me. I knew I had to jump on the Tinder bandwagon immediately, especially having long felt woefully neglected by other dating sites, like Match.com and eHarmony, which show “happy” couples, but no one with a disability. I posted my profile and was happy to be thrown into the mix with millions of other single women, equally exposed to millions of other single men.

t I received responses immediately and happily engaged in the flirtatious Tinder banter. While my Match.com profile could lay dormant for months, I was going on Tinder dates like crazy, sometimes two per night. I’m not sure if it’s the sheer volume of men on Tinder that explains my success, or the fact that the app appeals to everyone — including those modern men who are open-minded to dating all types of women.

t Some of my success I attribute to my own algorithm. Following the advice I give to my clients as a psychologist specializing in issues of dating and romance, I put myself out there without dating criteria that appears too rigid. I swipe right as long as I’m somewhat attracted to the guy, and he is wearing both pants and a shirt in his picture. I also make sure to put up a range of pictures of myself, with some showcasing my wheelchair. This encourages a conversation that is open and honest.

t This is Tinder we’re talking about, so I’ve of course had my fair share of crude experiences and sexual propositions. An example goes as follows: “Hi, good to meet you, Danielle. You seem like a smart, educated person. So do you like it hard or soft?” Sometimes I wonder if I’m in my own version of the new season of “American Horror Story: Freak Show.”

t I’ve also had some really great text conversations and dates that ultimately led to the guy falling off the infamous Tinder cliff, never to be seen or heard from again.

t One guy that I went out with appeared for all three dates wearing the same cheap flannel shirt and beat-up Converse sneakers. During our last date, he said that he wanted me to pay for brunch, because he had already paid for two-thirds of the dates so far. At this point, it’s probably easy to forget that I use a wheelchair, because, from my non-empirical survey of New York women, these are universally common Tinder-dating experiences.

t But then there have been a few, more idiosyncratic matches. There was your average male in his 20s, not disabled, who began to ask me very personal questions about my disability ending with the grand finale, the question of all questions, “Can you have sex?” I replied, quite seriously, “Can you?”

t I’ve also had a few men who were too lazy or too hard-up to thumb through all of my photos. One chivalrous suitor found out about my disability when he suggested that we go tango dancing for our first date. He dropped me like a handful of hot coals. But wait, I thought with a start, I am not the freak here.

t To deal with the men who discriminate against my disability, I’ve come up with an empowering little scenario that I play in my head. I first set those men afire with poignant comments that draw attention to their own imperfections, and then I imagine myself wheeling away in my stilettos, long blonde hair blowing in the wind. And I’m obviously wearing sexy leather pants.

t For now, I’m still “Single in the City.” I’ve slowed down a bit since my initial Tinder frenzy, now looking for that elusive Manhattan relationship. I’m not sure if I will meet my mate online or through more organic means. But I do know that all of my dating experiences have made me a stronger woman, and I will not be deterred by the freaks I have encountered on Tinder. I will continue to swipe to the right, always with the hopes of meeting my match, and putting forward my best dating self forward for the world to see. 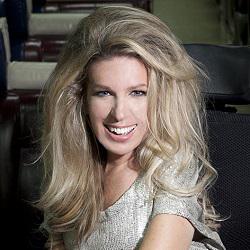 t Dr. Sheypuk is widely regarded as a “sexpert” and leading commentator on the psychology of dating, relationships, and sexuality for the disabled population. She was the first-ever woman in a wheelchair to “walk” the runway at New York Fashion Week. Follow her on Twitter and Instagram.

21 hrs ago
by Katie Smith