Say it isn’t so: There is no such thing as a vaginal orgasm, a clitoral orgasm or even a G-spot. According to researchers, there’s just one umbrella term: the female orgasm. Tomayto, tomahto. Right?

Wrong. It’s commonly believed that women can climax through penetration and that G-spot, vaginal and clitoral orgasms were different types of orgasms. The researchers say that’s not true — there’s just one type of orgasm for women. And there’s that “female orgasm” term again.

The study in Clinical Anatomy says that most women on the globe don’t have orgasms during penetration. As a result, many of them have been thought to have sexual problems. However, another study out of the U.S. found that women with problems reaching orgasm have a smaller clitoris that’s located farther from the vagina. So it’s all starting to make sense. G-spot out. Clitoris in.

“We shouldn’t have a hierarchy about orgasms [anyway],” said SheKnows Expert Logan Levkoff, Ph.D., and sexologist from New York City. ” Not to be callous, but who cares where you have one?”

“Labeling different types of orgasms just makes women (and men) feel pressured to experience all of them,” Levkoff said. “The lesson is: if you feel satisfaction and pleasure…fantastic!”

If you thought you were incapable of orgasms, get ready to thank science because this new research confirms that all women can achieve orgasm if female erectile organs are stimulated effectively. Whatever you call your orgasm, or however you classify it, the researchers say the clitoris is the key to all female orgasms.

Now that orgasms have gone all clinical, let’s take a look at the politically correct “female erectile organs.” (Grab a hand mirror… but not if you’re at the office.) 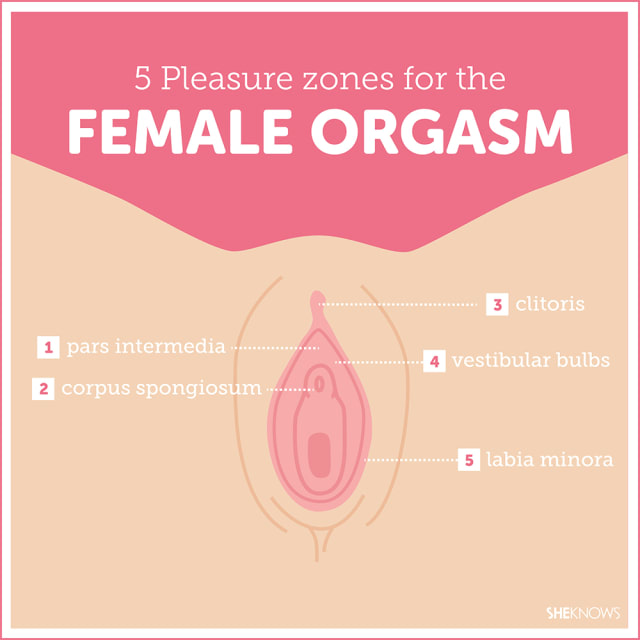 The authors say the female erectile organs include:

It’s all very scientific, right? Hopefully, though, that doesn’t stop you from getting off because I don’t know about you guys but this all just sounds like further proof that sex doesn’t end just because he reached his climax. He has other body parts that can get you where you need to go.