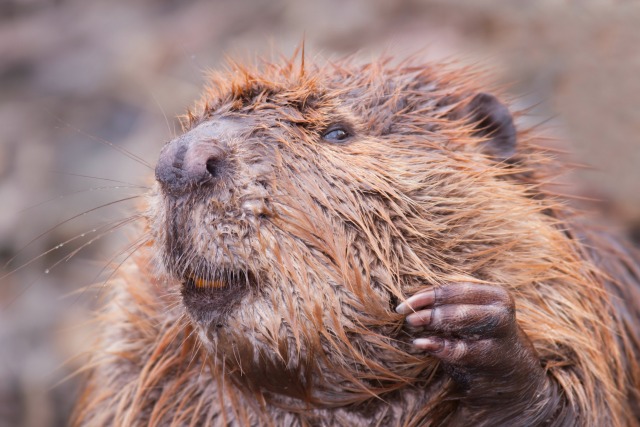 Ground beaver testicles mixed into moonshine isn’t the next trendy hipster cocktail but rather a method that, according to a video on the history of birth control, women have used in the past as a way to prevent pregnancy. It’s unclear what exactly they were hoping the drink would do, besides getting them drunk of course, which really doesn’t seem like a good idea if you’re trying not to make a baby. But at least beaver testicles and booze are generally safe, if unappetizing, substances! 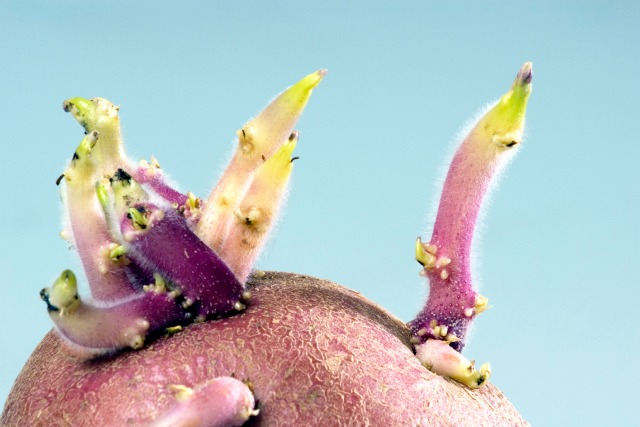 Not so for a woman in Brazil who recently made (really gross) headlines for her creative contraception method that ended up with an emergency hospital visit to remove the roots growing in her. How did she get roots in her vaginal canal, you ask? (There’s a sentence I never thought I’d type.)

The woman had been taught by her mother that inserting a potato into the vagina before sex could prevent any unruly sperm-egg fraternization. Unfortunately after leaving it in for two weeks she began to have abdominal pain and it was discovered that the potato had sprouted and was growing into her.

While this is the most recent example of crazy contraceptives, it comes from a long line of even stranger methods used to prevent pregnancy. 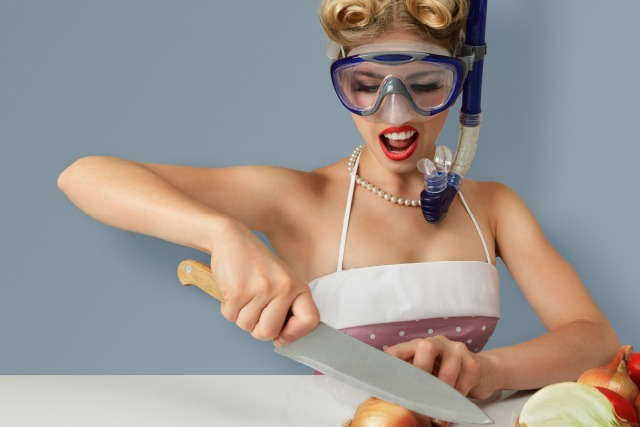 Another food product that was abused was the humble onion. Women smashed it and mixed the juice into water. Drinking the pungent concoction was said to prevent conception. How this works biologically, I’m not sure, but I can definitely see how rank onion breath would keep naughty genitals from touching. (Is this how cocktail onions are made??) 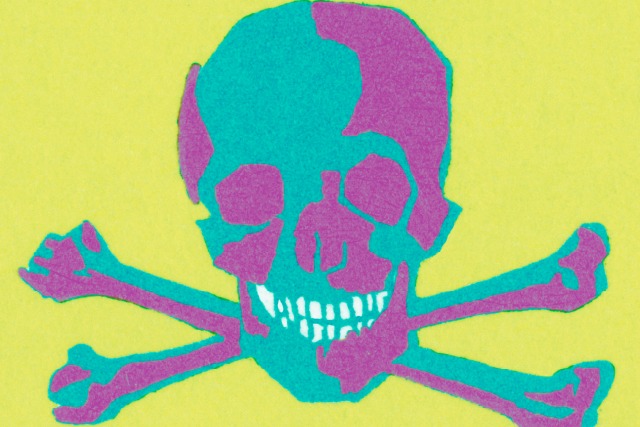 Downing “blacksmith water filled with lead” is another ridiculous form of birth control that should never make a comeback. Actually the practice of ingesting metal-tinged water should never have started in the first place as drinking heavy metals will make you stupid at best and dead at worst. I guess death by lead poisoning is one way to ensure you won’t procreate? 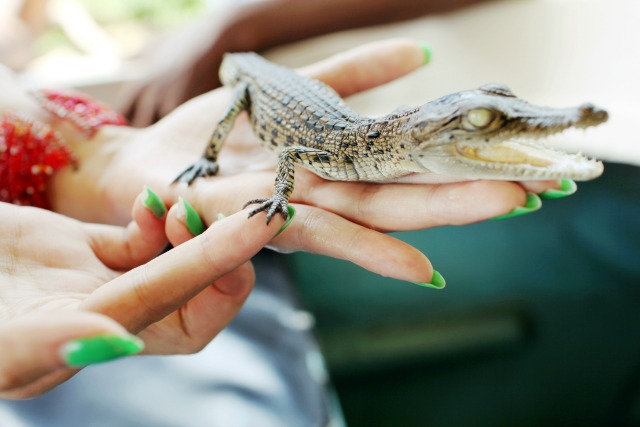 Wacko birth control goes way beyond edibles though. Ancient Egyptians once mixed crocodile dung with honey for use as a spermicide. “Honey, hold still while I smear poop on your peepee” wins for the most unsexy line ever. 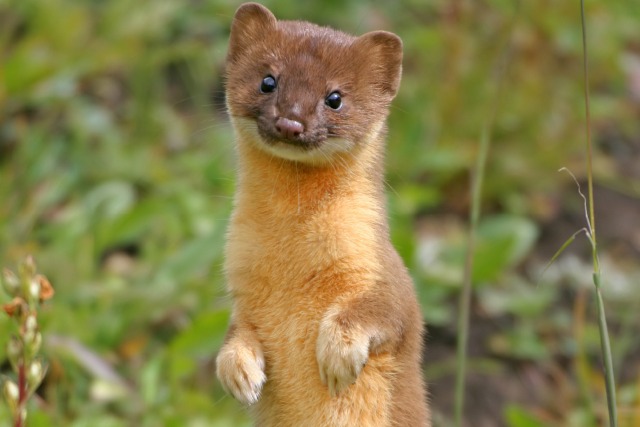 More testicles poached from unwary vermin! Centuries ago women strapped weasel testicles to their thighs to ward off the evil spirits of unwanted babies. I feel like there’s a lot more to this story but unfortunately the history books stop there. Still, so many questions! Why weasels? Why strapping them to their body instead of drinking them like every other weird method? What exactly do weasel testicles look like? 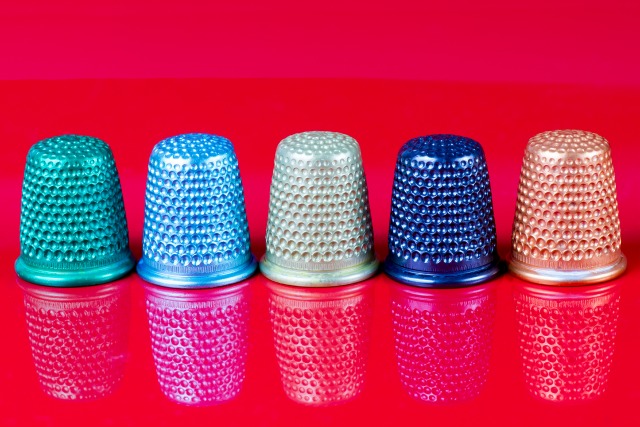 Before diaphragms, women had metal thimbles. So in a prime example of making do with what one has on hand (literally!), they shoved the tiny metal cups up their vaginas hoping to block incoming sperm. While it doesn’t work, I can see how someone would come up with the idea (unlike the rest of the things on this awful list) but what I can’t picture is how they got them back out again. Ouch. 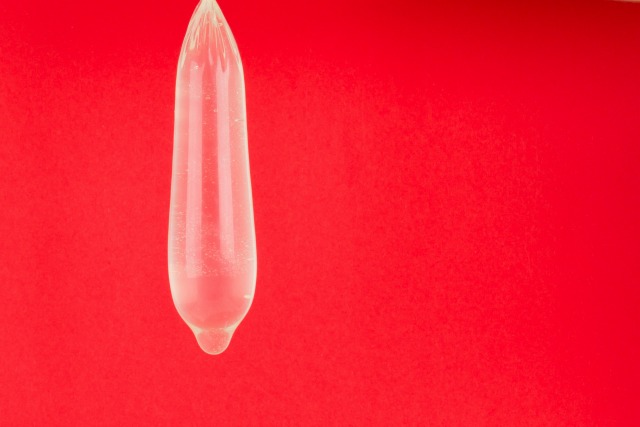 Sperm containment has been a hot topic for millenia and before the invention of latex many other substances were tried out before pig intestines were settled on as being the best option. Apparently to keep them fresh, you had soak them in a bowl of water next to your bed. Don’t worry, your puritanical parents will never notice that! 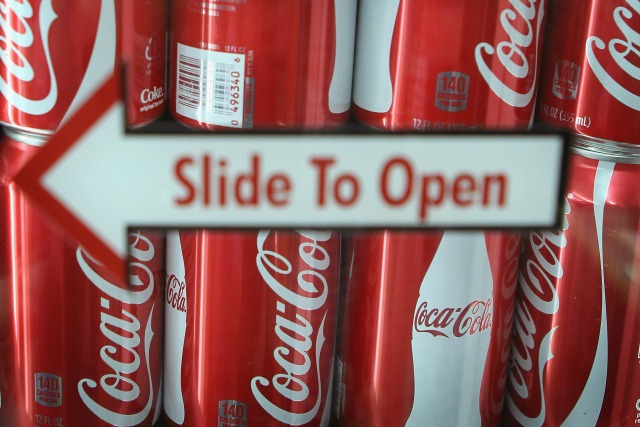 As recently as the 1960s, women thought that douching with Coco Cola would work as a post-coital spermicide. And frankly, after watching my middle school science teacher dissolve a human tooth in a can of Coke, I’m kind of surprised that it didn’t work.

But it doesn’t! In fact, everything here falls under the category of “Don’t try this at home. Or anywhere. Ever.” But while this list and the poor potato-gestater are getting a lot of giggles, there is a very unfunny subtext to these stories: The desperation that would make someone resort to something like this and the lack of accurate sex education.

According to Engender Health, over 220 million women don’t have access to family planning despite research showing that women who do have safer pregnancies, healthier children, earn more money and stay in school longer. A woman’s fertility is so closely linked to her overall health and life satisfaction that making sure young women are properly educated and have access to gynecological care becomes a very important human rights issue.

So the next time you decide to go for some afternoon delight, skip the beaver and donate some Benajmins to agencies that support family planning for women who might otherwise have to resort to old wives’ tales or superstition.

Why male birth control isn’t the game changer so many think it is
New anti-viral condom could prevent spread of HIV, herpes and HPV
Sorry, science says that hot guy probably has lazy sperm

18 hrs ago
by Suzannah Weiss

21 hrs ago
by Amanda Ogle