It was hot, and I was bored. There’s only so much to look at when you’re lifeguarding a pool occupied by 10 people, and teenage girls aren’t exactly known for their long attention spans.

Then he walked in.

Dark hair, tan skin and a sexy smile — I’d never seen him before, and I was surprised such a stud had come to the facility — the neighborhood pools tended to attract the under-13 and over-50 types — not exactly “datable” demographics. I could not let this opportunity pass by.

So I smiled at him… and he kept walking.

Not easily dissuaded, I put on my best hip-shaking strut as I walked between stands, and smiled again as he did gainers off the high dive.

Again, he ignored me.

He left the pool that day, and I was bummed. I wanted a summer romance, and had come up dry for months. Throughout the next week I reported to work, hoping he would waltz through the gates. Just when I was about to give up, there he was — this time, limping.

As he limped past my stand, I skipped the (clearly ineffective) smile, and instead asked what happened. “Baseball,” was the short response I received, and I took it as a clear indication he wasn’t interested. But then I heard… “So, do you like to swim?”

I laughed, “I’m a lifeguard — what do you think?” And as he fumbled for a response, I eased up and asked him about baseball. 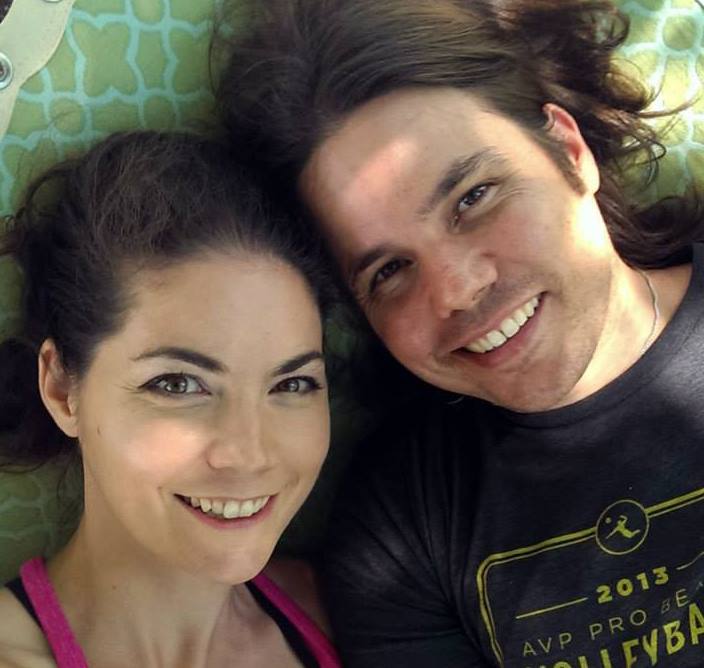 The conversation flowed, and we continued talking throughout the afternoon. I didn’t want it to end, so even after my shift was over, I kept pretending to work. That is, until my jerk of a coworker pointed out, “You can go home now — your shift’s been over for an hour.” I left, and my mystery man didn’t ask for my phone number.

After driving home and replaying the afternoon in my head, I knew it was time to take action. I drove back to the pool and riffled through the facility’s records, hoping the guy was a day pass holder. You see, day pass holders had to leave their names and phone numbers at the desk, and even though I knew it was against facility policy to use the information for personal reasons, I didn’t care. If it was there, I was going to steal it.

I was in luck! I stole his information and promptly drove home to stalk him. I found out where he lived, I found his baseball stats from the previous year, I learned that he went by his middle name rather than his first name, and even learned where he went to church.

I obsessed over this information, even going as far as driving by his house. (I deserve a pass on this one — I was 18 and bored.)

And finally, after a week, I called him with the lamest excuse ever — to ask about a program at his church, which in fairness, I knew he probably didn’t attend. In fact, after I asked, he said, “I don’t know. You know you could call the church to ask, right?”

Right before I hung up, he said, “How was your week?” And we were off.

Our first date was a week later, and once we started dating, we were inseparable. We had five dates in the first week, and at the end of the first week we said “I love you.” After a month, we started talking about marriage. 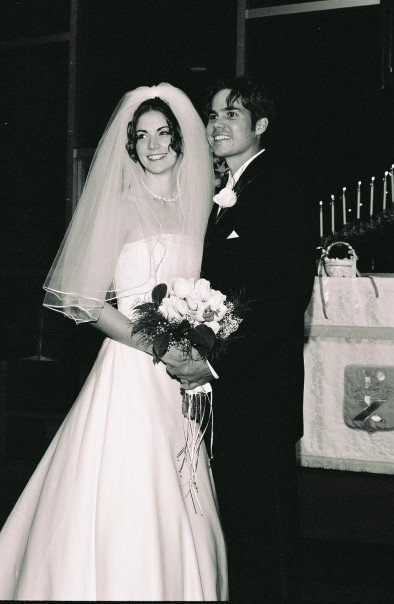 It was fast, but not easy — I moved away for college, and our first year of dating was long distance — but we kept at it, and knew deep down, there was an unexplainable bond between us. Almost exactly three years after meeting, we were married, and this past July, we celebrated our 11th wedding anniversary.

In my life, every time I’ve followed my gut and broken the rules, it’s ended well. So go ahead and stalk your crush, steal his information, say “I love you” too soon, and sashay into marriage at the absurdly young age of 21. Sometimes breaking all the rules is the only way to make a happy ending.

Now it’s your turn! Tell us your love story for a chance to win $500. You can share it on Twitter using #TheBestofMe and tagging @sheknows before October 10, 2014.

Click here for complete rules and ways to submit. >>

I got married at 17 to a man I met in a chat room
Hope for Steve documentary will renew your faith in real, consuming love
Terminally-ill groom fulfills last wish in a heartbreaking video