I was home schooled and bored and always on the internet back when you snuck into chat rooms and started conversations with “a/s/l?” Most of the people in the chat room I went into were older, in their 30s, and dealing with their own issues they were trying to escape from. My husband was 15 and British. It was a quick and obvious obsessive crush for a preteen American girl.

We chatted often — I almost always started the conversations and he remained disinterestedly aloof. I was in love. Sometime after we’d been chatting online for a while we figured out how to set up microphones on our glacially slow dial-up internet. Then we figured out webcams and I stared smittenly as his image would load, freeze, speed up, freeze again, crash entirely.

We swapped phone numbers. My parents bought me long-distance calling cards so we could chat with each other. I started going to public school. I moved to a new state. I started high school. He started talking about coming to visit. 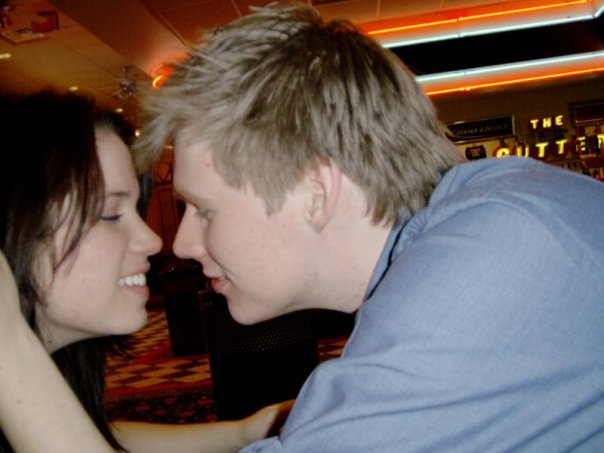 And then in June 2007 he flew by himself to the U.S. to visit me for my 16th birthday. We pretended not to see each other at the airport. My mom small talked with him the whole way home while I stayed mute. “Am I not what you expected?” he asked. It was just weird, meeting this person who had only ever existed digitally. “I’ll go get on webcam in the other room if that helps,” he said.

He was in the U.S. for two weeks. We spent a lot of time at the 24-hour Denny’s down the street. He learned to like ranch dressing on his salads. He read books over my shoulder for long afternoons. We played cards. We went to San Diego and had to slather him in SPF 50. He asked me to be his girlfriend in a coffee shop on Adams Avenue and when my mom drove him to the airport, an hour and a half away, I cried into his lap in the back seat the whole way. He left for six months and then came back to the U.S. for three months. We both cried when he left.

When he came back again, six weeks later, we decided to get married. It was July. I was 17. I was headed into my senior year in high school. I figured just about as much as anybody that we were completely insane. But worst case scenario meant we would get divorced, and that seemed a reasonable risk. The first year, when I wasn’t at school or work, we argued. The second year I started college and we argued less. The third year it was generally pleasant and we moved out of my Mom’s house, to Phoenix, so I could go to the university.

Now we’ve been married for six years. I’m through college, we both have jobs we like and I think we’re just as surprised as anyone. Sometimes you luck out. Sometimes two stubborn people give each other just enough room to grow and you end up growing into each other. We both bristle at the idea of calling this our “love story.” It’s just our lives, and we’ve figured out how to spend them together — so far.

Now it’s your turn! Tell us your love story for a chance to win $500. You can share it on Twitter using #TheBestofMe and tagging @sheknows before October 10, 2014.

Click here for complete rules and ways to submit. >>

7 hrs ago
by Dena Landon