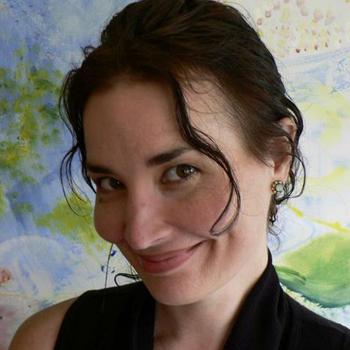 Unexplained rash after condom-protected sex? Could be that you’ve developed a latex sensitivity. Here’s your guide to non-latex condoms.

t Q: My boyfriend and I have been using condoms for years without any issues. However, recently I thought I had recurring yeast infection or maybe even a STD because when I’d use condoms they’d pinch and sometimes burn, leaving me with a rash and blisters that were sore and itchy for days afterwards. It would take up to a week for the irritation to subside. Which meant my boyfriend and I weren’t getting it on very often and neither of us were particularly happy about that. At my doctor’s appointment, I learned that I have a latex sensitivity. I see that some non-latex condoms are pretty pricey. What brands do you recommend? Signed, Sensitive in Seattle.

t A: While a bit surprising, it’s true that you can actually develop a latex sensitivity or allergy even if you’ve successfully used latex condoms in the past. Now that you have uncovered this issue, let’s get you matched up with the best non-latex condom for your comfort and pleasure.

t You’ll likely notice a few perks straightaway after making the switch to non-latex condoms. They’re typically softer and odor-free; they also transfer heat and sensation much better than their latex counterparts. Sex with them often feels better for both partners. Which explains why non-latex condoms are becoming increasingly popular, even for couples who don’t have latex allergies or sensitivities.

t Here’s a breakdown of the most popular latex-free condom options available.

tLifeStyle’s SKYN was the first premium condom made from polyisoprene, a scientifically formulated non-latex material that delivers a more natural, sensitive feel. Many couples that try polyisoprene once, do not return to latex.

tSKYN Large is the only larger-sized non-latex male condom available today that provides both protection against sexually transmitted infections (STIs) and pregnancy. Aptly named, it offers a more generous fit.

t A fantastic newcomer to the scene is UNIQUE Pull Condom. This condom is made from synthetic polyethylene resin (three times stronger and three times thinner than latex). Clear, odorless and incredibly thin, Unique Pull condoms also feature innovative ergonomic pull tabs that detach effortlessly after helping to apply the condom. This condom is best for men requiring a standard to larger condom.

t The FC2 internal condom (widely known as the “female” condom) is the only non-latex option available that works for couples regardless of penis size, so if you need a smaller or very large condom, this is your only option. The FC2 is also a fantastic alternative for men who have difficulty maintaining an erection when using condoms. Made of nitrile and lightly lubricated, the FC2 is an improved version over the original FC1.

t Now that you have a sense of the non-latex condom landscape, my best advice is that you try out a non-latex condom sampler. Finding the right condom for both you and your partner is a highly personal experience. The most consistent thing I’ve learned, assisting thousands of couples as they find the right condom, is this: one couple’s favorite condom is another couple’s least favorite. There’s no reason to purchase several boxes of condoms that may be hit or miss until you find the best condom for you.