Every year, it’s the same thing: He flops on the couch and says, “What do you want to be for Halloween this year?” and then you say, “I dunno, what do you want to be?” Suddenly, there are tumbleweeds rolling through your living room. Le sigh. Finding the perfect couples’ costume is a tricky business. You want costumes that are as unique and fun as you are — and we’ve got just the ticket.

These first few costume ideas are all DIY, and all by Julie Ann Art. I couldn’t decide on which one was my fave — all are adorable. First up is Pacman and Miss Pacman, a game I totally sucked at as a kid, and these costumes have helped me let go of the pent up resentment.

He’s the bolt of lightning, while she’s the poor muffin who was electrocuted.

3. Bank robber and bag of money

He’s the bag of money and she’s the bank robber (the first pic left me in some serious stitches).

Why not dress as the Stone Age’s hottest couple? 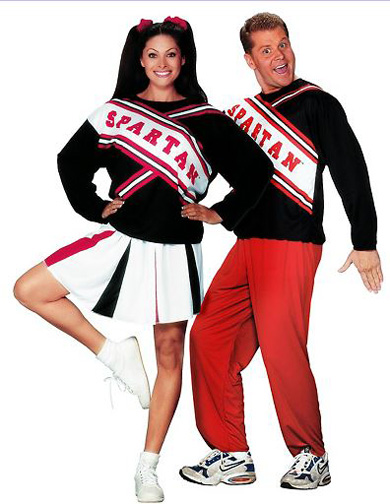 Better practice your cheers! Guaranteed, your friends will want to see you two in action.

OK, so they’ve got this love/hate thing going on Breaking Bad, but that doesn’t mean you have to follow suit — no pun intended.

Seriously, it can be a thing if you want it to be.

What guy wouldn’t want to be Pornstache for Halloween? Talk about a slam dunk.

You’ve always wanted to sleep with Chuck Bass, and now you get to… you know, minus all the guilt.

Will he be grape and you the strawberry nerds, or…

He is the cheese to your macaroni, after all.

Sixty percent of the time it’ll work. Every time.

Dress as the most powerful couple in your pantry. 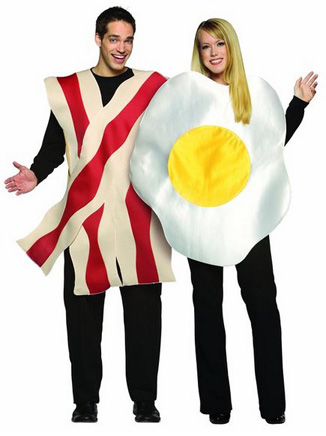 I wish I was joking.

Out of all 48 couples’ costumes, this one’s my favorite.

Perfect for if you’re not really into parties.

19. Magician and a rabbit

Just don’t let him turn into a bossy pants with that wand. Well, unless you like that sort of thing. 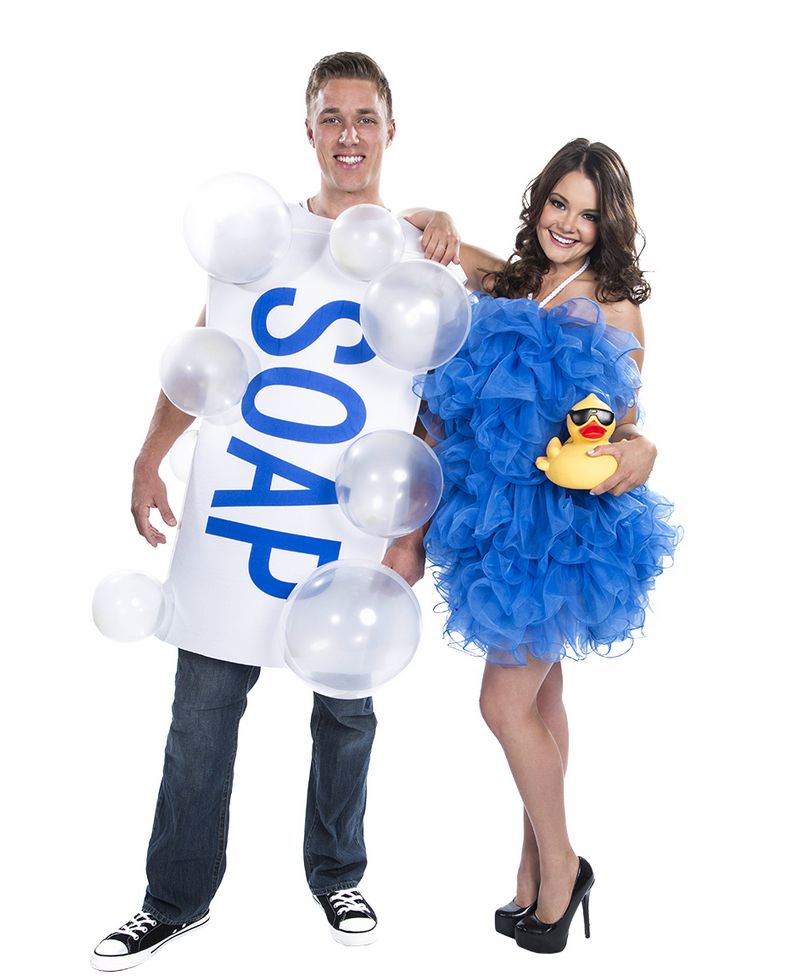 You’ll both be so fresh and so clean, clean.

I mean, he’s probably going to be chewing and spitting at people anyway, amiright?

C’mon, buy a rubber ducky and live a little.

Because he really wants you to say, “My, what big… teeth you have.”

You can decide who’s going to play what part.

If your beau is being difficult about Halloween, make it easy on him by reenacting the Mac and PC commercial as your couples’ costume. Bam. Done.

Since you’re both ecstatic about the Dumb & Dumber sequel, why not celebrate with a nice bottle of chianti?

What a great pair, right?

These his and hers Angry Birds costumes are totally adorable, so you’re going to have to amp up the angry.

OK, so it ain’t easy being green, but I think Kermit will get over it once he sees your Miss Piggy outfit.

All you have to do is talk someone into making you lasagna to go with your Garfield costume, and you’re good to go… for a nap. (And I bet your beau would make an adorable Otie. Just sayin’.)

36. Alice and the Mad Hatter

For the quirky folks out there.

Say it with me now: “Awww!” This Tetris costume is ah-mazing.

Check it out here.

Check it out here.

In case you have a wild side, you know.

48. A dentist and a tooth fairy

Admit it: If your dentist looked like your sig-o, you’d maintain your teeth way more often.

Tell him to dress as Slash (or enter your fave rock star here) and insinuate you’ll make it worth his while. Win/win.

50. Hugh Hefner and a Playboy Bunny

You knew I had to go there.

1 hr ago
by Morgan Mandriota

20 hrs ago
by Suzannah Weiss

23 hrs ago
by Amanda Ogle