Ryan Gosling takes his shirt off. Were six more magical words ever uttered? And yet: “F***! Seriously?” exclaims Emma Stone’s character upon seeing the pecs that launched a thousand memes, in the memorable scene of Crazy Stupid Love. And then she refuses to take her shirt off.

This is definitely a case of art imitating life says a new survey that found three in four women prefer their dudes with a bit of flab rather than a six-pack. The researchers gave the example of comparing Seth Rogen to Zac Efron in a no-T-shirt contest and while the women said they enjoyed looking at a Zac, they’d rather end up with a Seth. 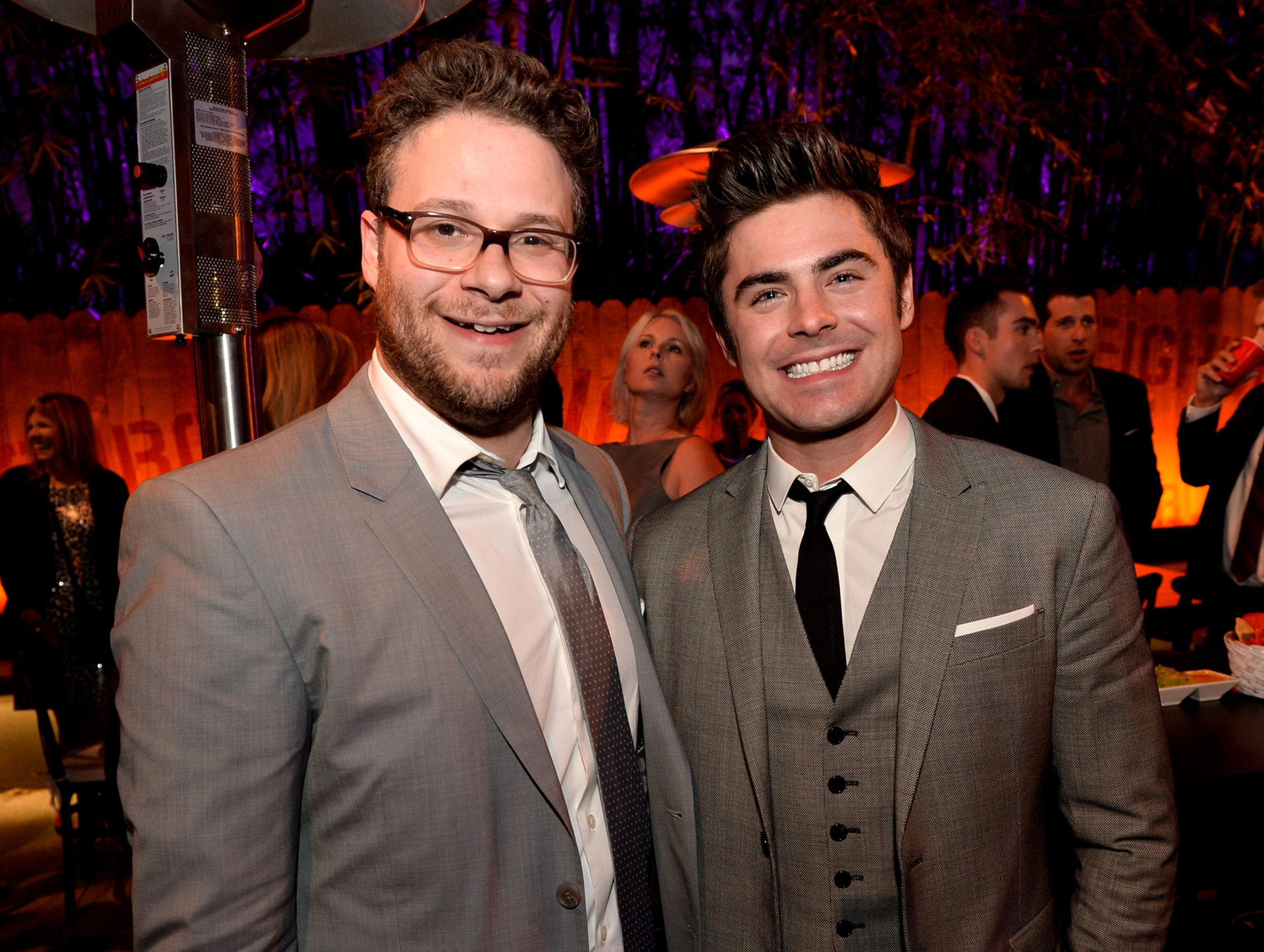 According to Tracey Cox, a sex therapist who penned an article on the survey for the Daily Mail, it’s because we’re all so insecure with our bodies that we would feel too self-conscious to strip down in front of a perfectly toned man. “A he-man’s discipline highlights our lack of it, making us feel even more acutely self-conscious of our own body flaws than usual. We feel far more comfortable with flab because it’s less threatening,” she writes. “Mr. Non-Perfect is a relief to any woman who steps on the scales, every day of her life, and finds her mood is affected, every day of her life, by what they say.”

Cox adds that this plays out in an especially painful way in the bedroom — and the refusal to take off our own clothes is just the beginning. Having a fat day or feeling bloated has ruined many a mood.

“I’d love to meet a female whose sex life isn’t affected by a ‘fat day,'” she says, adding dryly, “I’ve yet to meet one man who has let feeling fat stop them from having sex.”

One major thing that was missing from the survey, however, was asking the men the same questions. There’s a notorious double standard when it comes to body acceptance with far more women being willing to accept a partner’s wobbly bits than a man being willing to accept imperfections in a woman. I’m guessing that had they asked men who they’d rather sleep with the majority would pick the woman who most closely matched their sexual ideal, not their equal.

The researchers missed a major point, though. Sure, some of the reason that women said they preferred the flab to the fab was probably due to personal insecurity — we’re bombarded with images of perfection, how could we not be a little self-conscious? — but I think they overlooked the very positive aspect that women are willing to overlook flaws in a partner in order to find real happiness. While the researchers concluded that women need to learn to be more like men — self-confident, not as concerned about measuring — I think we’re missing the real lesson: that women are more likely to find satisfaction in a relationship because we’re willing to see a wider (ha!) variety of men as attractive.

So what would you do if you were alone with a shirtless Ryan Gosling?

Survivor’s answer to #whyistayed will break your heart
Are women really relationship terrorists?
How women really feel about hooking up