There are plenty of naughty things we fantasize about when we watch The Notebook, but a Georgia pair took things way, way, way too far last month when they were arrested for having sex in a tractor trailer. The problem? They’re brother and sister.

According to the Savannah Morning News, Christopher Buckner and her half-bro, Timothy Savoy, admitted to having sex multiple times after watching the movie. Why exactly, we’re not sure, but police eventually slapped them with a whole slew of charges, including incest.

Need some brain bleach to get that scene out of your head? In 2010, one Quebec couple reenacted the movie’s most intimate scenes for their engagement photos. The results? Totally adorable. 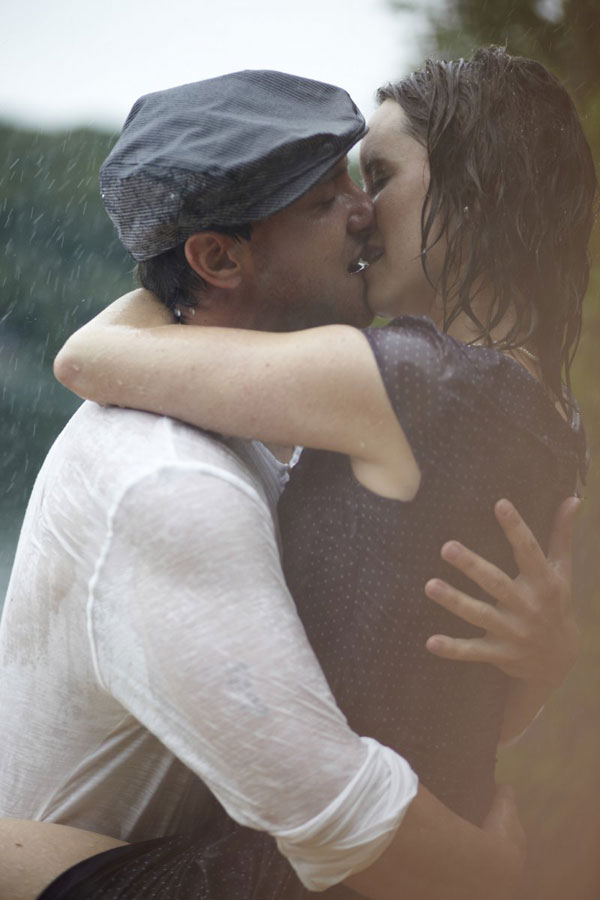 But The Notebook isn’t the only film inspiring couples to get down and dirty. Newlyweds Terra and Drake reenacted the infamous final scene from another movie — Dirty Dancing — at their October 2013 wedding, complete with Johnny Castle dialogue and everything.

“I’m going to do my kind of dancin’ with a great partner, who’s not only a terrific dancer, but somebody who’s taught me that there are people willing to stand up for other people no matter what it costs them,” Drake recited before launching into the choreographed dance to “I’ve Had the Time of My Life.”

Then there’s Fifty Shades of Grey. The sexy book and upcoming film is quickly rising through the ranks as a movie people are dying to reenact in their own homes. According to the London Fire Brigade, U.K. authorities have responded to over 1,300 calls involving body parts stuck in a variety of things, including handcuffs.

“I don’t know whether it’s the Fifty Shadeseffect, but the number of incidents involving items like handcuffs seems to have gone up,” Third Officer Dave Brown said in 2013. “I’m sure most people will be Fifty Shades of red by the time our crews arrive to free them.”

We suspect that number will dramatically rise when the movie starring Dakota Johnson and Jamie Dornan hits theaters in 2015. Let’s just hope the brother-sister pair doesn’t decide to make this another date night movie.

More on sex and relationships

Can We Please Just Say ‘Vagina’ Instead of These 50 Other Slang Words?

A Dad on Reddit Kept His Vasectomy A Secret From His Partner — How Bad Is It Really?