Ready to indulge in a fall favorite beverage? You might want to rethink your pumpkin spice latte.

Recently, a blog post emerged that delved into this Starbucks favorite. The company announced it would bring it back sooner than later due to cooler temperatures, but they may not have realized it would be met with such backlash. 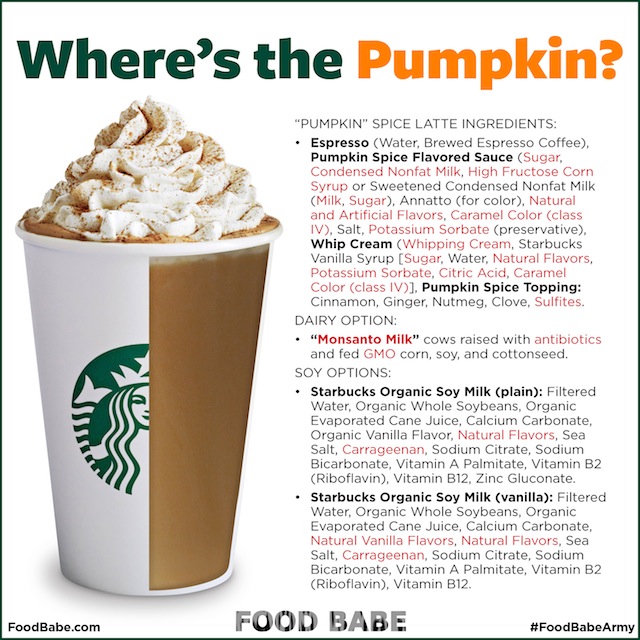 After a bit of prodding about the content of the coveted PSL, Vani Hari (aka The Food Babe) got some answers. The company doesn’t list ingredients… it says, “The Pumpkin Spice Latte is of pumpkin and traditional fall spice flavors combined with espresso and steamed milk, topped with whipped cream and pumpkin pie spice.”

You might have seen her now-famous infographic floating around in cyberspace, aiming to uncover the truth about the not-so-pumpkin pumpkin spice latte.

Some people say that waging a war against the PSL due to its chemicals is not fair, because some foods we consume — water, for example — are chemicals. 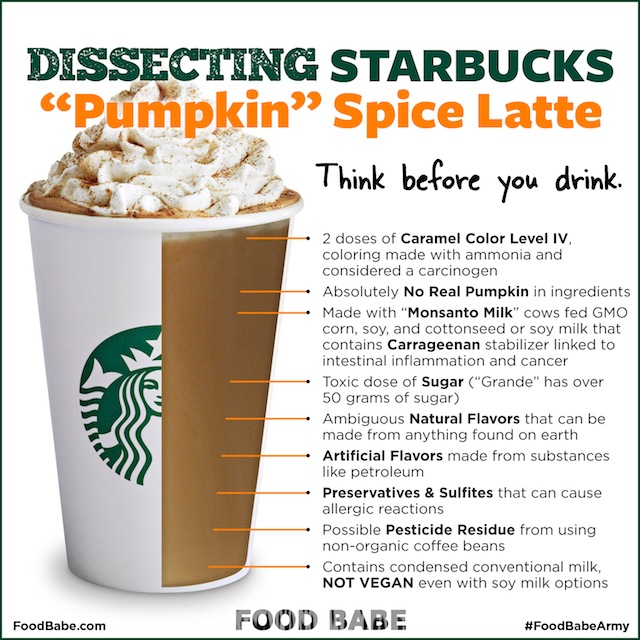 So what’s in it? According to Food Babe:

Wanna dig deeper into the PSL “conspiracy?” Read her full post, which gives you a college-level overview of the chemical components in a pumpkin spice latte.

Don’t care and still plan to have one soon? Eh, life could be worse. Fall comes but once a year — perhaps enjoying a PSL isn’t so bad after all. Or try this easy homemade pumpkin spice latte recipe.

What I really wonder is what happens after the PSL has lost its buzz — will Food Babe dish on the peppermint latte next? Please don’t ruin it for us!

Your gluten-free “fad diet” is putting my health at risk
As told by the pumpkin spice latte: The 7 stages of grief for the end of summer
Scientists say MSG is A-OK