Katie Hopkins wants you to know she has been eating 6,500 calories per day. No, she’s not an Olympic swimmer or training for a hot dog eating contest.

Rather she’s sick of fat people complaining about how difficult it is to lose weight so the U.K. columnist has put on nearly 60 pounds just so she can prove how easy losing weight really is.

“People have always said to me, ‘You’re lucky, you’re skinny,’ and I just don’t think these excuses are cutting it anymore,” Katie told This Morning, a talk show in Britain. “I saw a story the other day about how the curtains in your bedroom not being thick enough could be making you fat. I just thought, we have to put an end to this.”

She explains that now, at the halfway point where she’s reached her peak weight, she realizes there are “reasons for being overweight, but there are still no excuses.” She adds, “‘But also, I want to say let’s recognize that I’m not lucky to be skinny, it’s eating too much and no exercise that make you like that.” When an overweight audience member stood up to ask her a question, Katie told her that she’d never hire the woman for a job as she sees her as “inherently lazy.” 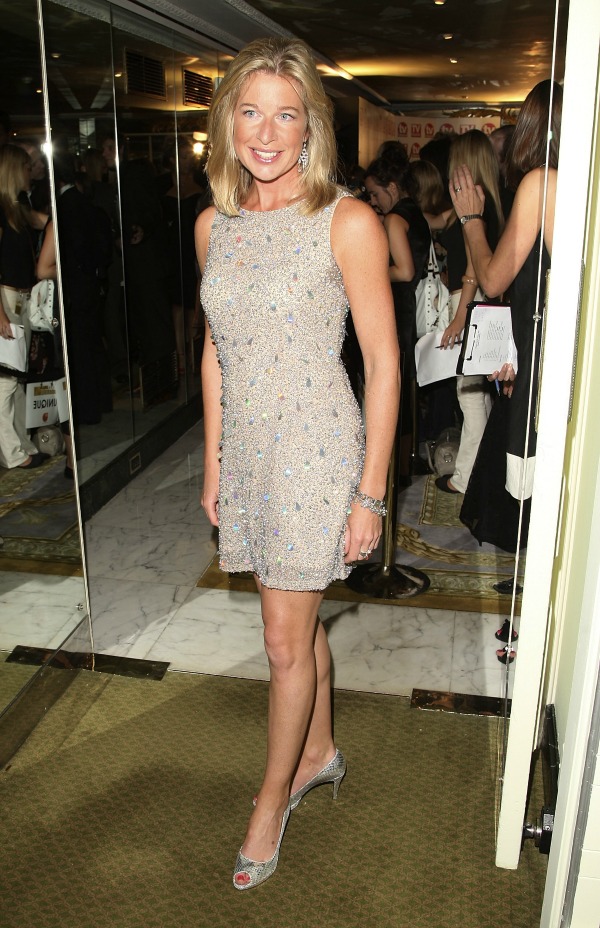 Her project is already a lightning rod for the hotly debated controversy around the obesity epidemic, with some saying she’s fat-shaming and hoping that she fails while others are lauding her for “saying it like it is.”

Katie follows in the footsteps of similar fat-stunt artists like Aussie personal trainer PJ James and U.S. personal trainer Drew Manning who both also made news for gaining weight for the express purpose of losing it again. Although the big difference with PJ and Drew is that they did it to better empathize with their clients’ struggles and both seemed to come out as better people for having done it.

Drew documented his project in a popular blog and wrote that losing weight was so much more difficult than he had thought it would be. “The biggest thing [I learned] is that it’s not just about the physical. It’s not just about the meal plan and the workouts and those things. The key is the mental and the emotional issues. I realized those issues are real,” he said.

While he did achieve his goal of going from “fit to fat to fit” he struggled with feeling humiliated in the gym, with emotional eating and intense cravings for junk food. His wife said that before his project he never looked at treats but now, even though he’s back to his “old” self, he craves them. “It might be cruel, but I like that,” she said. “I like that he’s humanized.”

It’s this humanity that Katie is lacking. Losing weight may boil down to a simple mathematical equation of calories in/calories out but if the research has taught us anything it’s that there are so many more variables involved. Health conditions, genetics, environment, access to food, socioeconomic status, race and even who your friends are can influence your weight. But in the end, we aren’t mathematical equations. We’re human beings and deserve to be treated with kindness and respect, no matter what we weigh.

I hope Katie will gain this kind of self-insight and that her project will help her become less prejudiced and more compassionate. I hope that she learns something about the human experience. “I hate everything about being fat. I hate the way it feels,” she said, adding, “I didn’t cry at my weddings. I didn’t cry giving birth. But gaining weight reduced me to a blubbering wreck.”

Of course she’s filming all of this for a new reality TV show that will be airing on TLC so I guess we’ll see. (If someone on TV loses weight in a forest, will anyone care?)

Weight loss supplements to avoid
10 Celebrities who’ve been fat shamed and how they got revenge
Does this anti-obesity ad go too far or not far enough? [VIDEO]

21 hrs ago
by Meredith Goldberg