Yes, you really are addicted to cheese. Find out why and how dairy might be hurting you and your family.

t Milk does a body good, right? We all remember those commercials from the ’80s and 90s. We loved the “Got Milk?” ads featuring our favorite celebs, making such an everyday household staple seem sexy. But does modern milk actually help or hurt our health?

t And is it time we remove it from our fridge altogether?

t Here are six surprising truths about dairy that your mother never told you.

t In 2009 when I went vegan, my co-workers graciously served up a dairy-free cake on my birthday that year. I’ll never forget my boss laughing and slightly scoffing at my new-found vegan-ness: “What’s wrong with milk? That’s what cows do, they make milk.”

t Like humans and other mammals, female cows produce milk only when they’ve become pregnant so they can later nurse their young.

t On modern industrialized farms the cows used for milking, called Holsteins, are kept regularly pregnant and producing calves. Wondering how cows even get pregnant though when the males and females live separately? Male cows are masturbated by farm workers (and you think your job sucks?) to collect their sperm which is later inseminated into the female cows. On modern, hurried factory farms this opens the door for a violent insemination process and as much perversion as you can imagine.

t Once the cow gives birth, her calf has to be removed from her almost immediately so that none of her milk, intended for human consumption, is wasted on her offspring. The calf will grow up on formula instead of cow’s milk. The fate of those calves is tragic. Female cows will be raised to join the milk production cycle just after their first birthday (they’ll ultimately be killed around age four and used for cheap, processed meat), while male calves will spend the rest of their short lives in a small enclosure before they become veal.

2. Cows that produce milk are dosed with growth hormones and antibiotics

t Modern dairy cows are producing around 50,000 pounds of milk per year. Her udders are often so heavy they’ll drag across the cement floor as she’s led to the milking machines three times a day.

t For her to produce so much milk, she’s likely been dosed with growth hormones to make sure she meets industry standards of production. She’s also regularly fed a regimen of antibiotics to prevent and treat the various diseases and infections that run rampant in factory farms, where animals are raised in extremely close quarters and are often standing in feces and urine. According to the groundbreaking book on the dairy industry, Whitewash, the most frequently found substances in cow’s milk are pesticides. Human pesticide exposure over a lifetime has been linked to autoimmune problems. The EPA links pesticides to some cancers. And various studies have linked pesticide exposure to behavior issues in children.

3. Yes, you really are addicted to cheese

t There is in fact a reason why the mere thought of cutting out dairy products, most of all cheese, sends people into a complete, slightly angry, panic! You really may have an addiction to dairy. Typically the foods we crave the most are the ones that we have a sensitivity to. But even if you’re not allergic to milk, you’re likely to enjoy the narcotic-like substance that naturally occurs in cow’s milk.

tYep, there is a naturally occurring chemical found in milk that has pain-killing and calming effects similar to morphine.

t It’s believed that these opiates are part of mother’s milk to help calm and soothe her young and to encourage feeding. There are higher traces of the substance found in cheeses because of the larger concentration of the protein casein, which helps to explain why people often feel they are addicted to cheese. They actually are.

t If you’re attempting to cut out dairy foods, it’s recommended to strictly avoid them, because just like a heroin addict couldn’t have a small hit here or there without falling completely off the wagon, the best way to rid yourself of a cheese addiction is to completely get it out of your system. 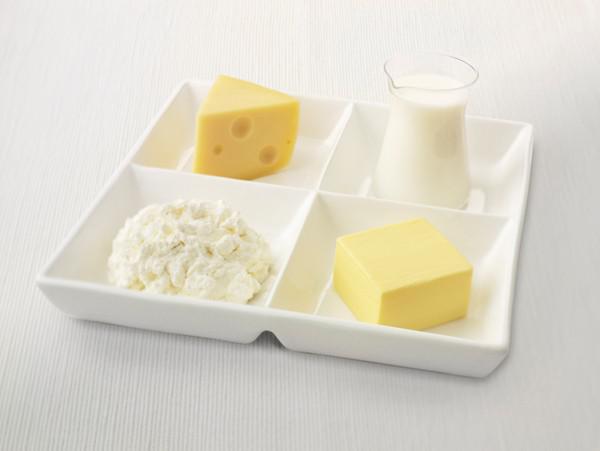 4. Allergies and intolerance can be causing all sorts of health problems

t An allergy to cow’s milk, caused by proteins in the cows milk, can lead to a number of symptoms ranging from hives to joint swelling and migraines. Some common signs your child may have a milk allergy are having frequent earaches, asthma or eczema.

t Another common issue with dairy is lactose intolerance. Our bodies typically stop producing lactase, a digestive enzyme used by the body to break down complex sugar. In milk, that sugar is called lactose. People with little to no lactase (which is almost everyone over the age of four) have problems digesting dairy. Obviously not everyone will have severe issues, but for a number of people, especially those of Asian, African or Mexican descent, there are often issues digesting dairy.

t Inflammation is more and more being recognized as one of the major causes of disease. Everything ranging from acne to heart disease, arthritis to cancer are being linked to inflammation in our bodies. Foods that trigger inflammation are things like processed sugars, red meats, dairy and wheat.

t The easiest way to reduce inflammation is to avoid known trigger foods and increase anti-inflammatory foods like:

t According to The World Health Organization, the U.S., New Zealand and Sweden have the highest rate of hip fractures (a common sign of osteoporosis) of any countries in the world. They also have some of the highest consumption of dairy in the world. Countries like Hong Kong and South Africa, where the diet is lower in dairy, have the lowest rates. But how could that be? Don’t we need dairy to build strong bones?

t Some research has shown that when we consume an excessive amount of calcium, our body isn’t able to properly absorb it. Over time too much calcium can leave our bodies exhausted and unable to reproduce osteoblasts, which build new bone cells.

t A well-balanced diet of plant foods allows us to meet all of our calcium needs at all life stages.

t Some foods we should begin incorporating into our diet if we’re going to transition off dairy include:

t The list literally goes on and on. With a massive number of dairy alternatives out there to complement a healthy plant-based diet, there’s little to no need to keep consuming milk products.

t What say you? What benefits do you feel dairy has that can’t be matched or outweighed by plant-based alternatives?