While the following five foods have been aggressively marketed as “healthy,” eating them every day can negatively affect your gut health. You may feel the side effects of eating these foods as bloating, gas, constipation, diarrhea, irritable bowel syndrome, sinus issues or brain fog. 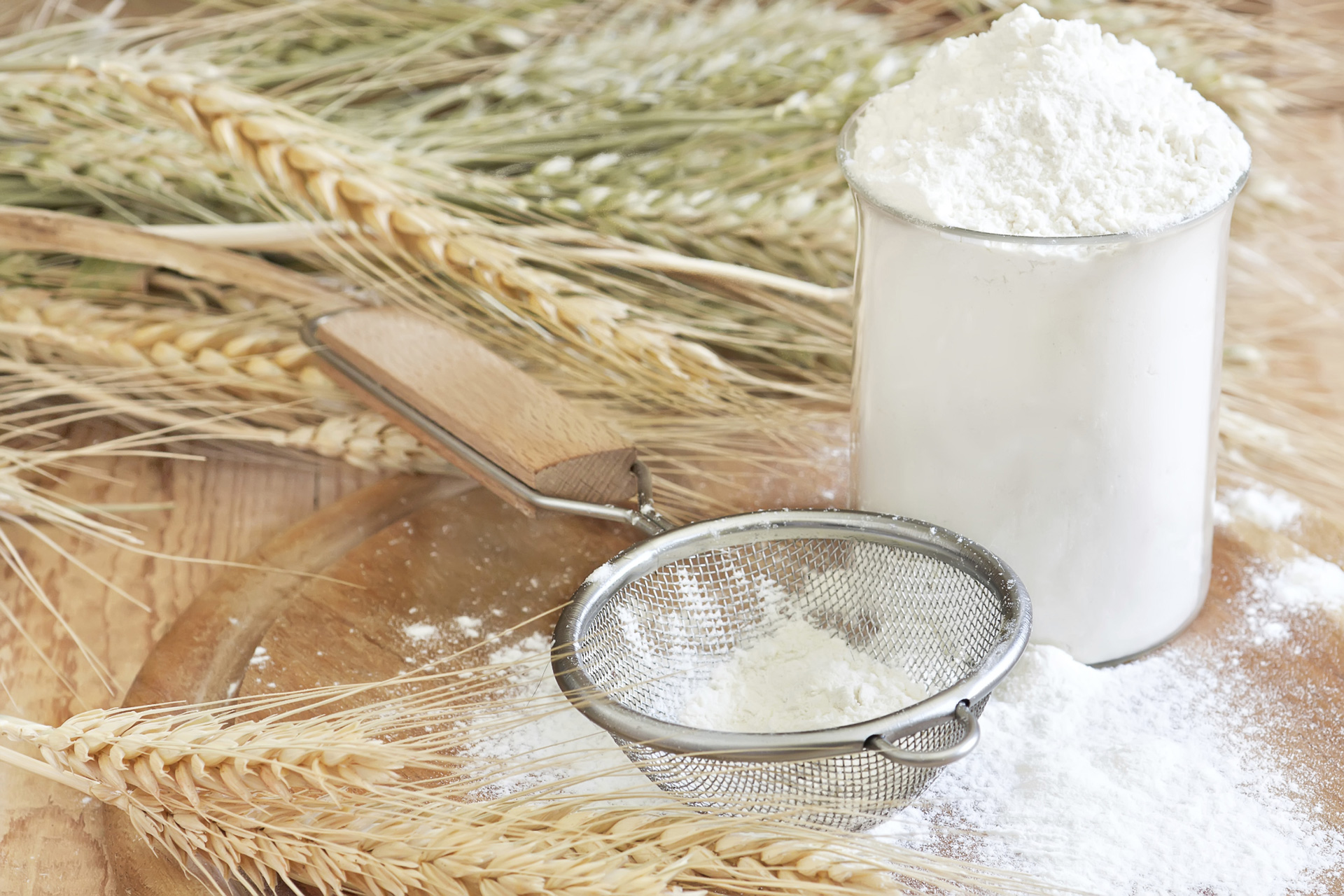 Gluten is present in wheat, rye, barley, spelt, farro and other derivatives of wheat. Structurally, gluten is a two-part protein — consisting of a larger glutenin protein molecule that gives wheat dough its stretchiness or elasticity and gliadin, a smaller protein molecule.

The gliadin component of gluten is responsible for breaking down the microvilli lining in your small intestine and, over time, causing the tight junctions between intestinal cells to separate. The result? Intestinal permeability, or a “leaky gut” that allows undigested food particles to pass into your blood stream, causing allergies, digestive problems or autoimmune health issues. It can also affect the brain — manifesting as brain fog, ADD, anxiety and impulsive behavior.

Rx: For improved overall health, it is best to eliminate wheat from your diet altogether. 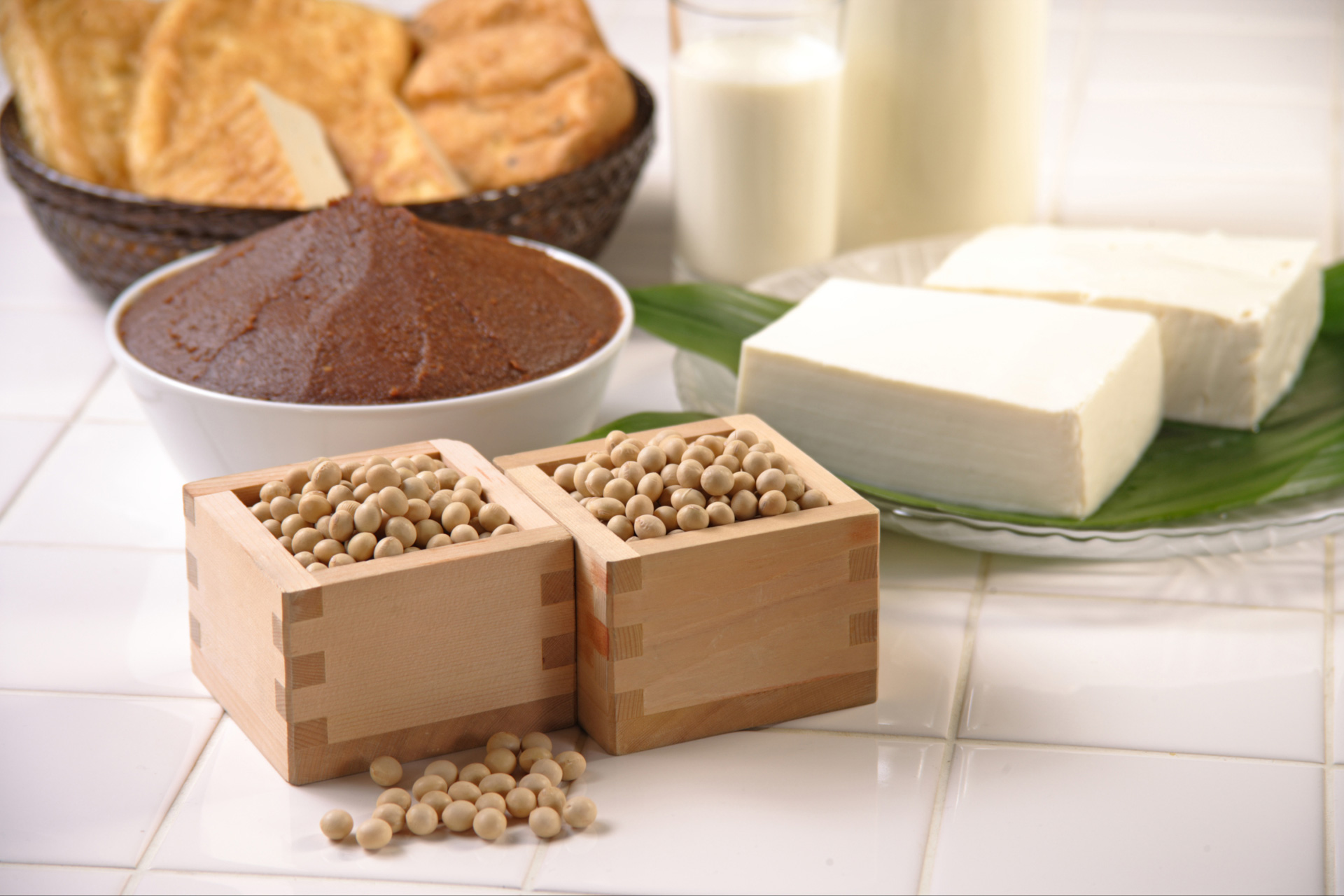 Soy has been touted as a healthy alternative to meat, dairy and other foods. But whether you’re chowing down on tofu, soy milk or soy snacks, it’s important that you know:

? Ninety-three percent of soy is genetically modified (GMO) — organisms that have been modified through genetic engineering — a technique used for altering a living organism’s genetic material (DNA). In other words, soybeans have foreign genes forced into their DNA. GMO foods can wreak havoc on gut flora, potentially causing antibiotic resistance (a big problem when you’ve been prescribed an antibiotic that can help you recover from a health crisis).

? Soy crops are heavily sprayed with pesticides. Toxins are stored in fat. Since soy contains 30-40 percent fat, it easily absorbs pesticides, which are passed along to you when you eat soy foods. 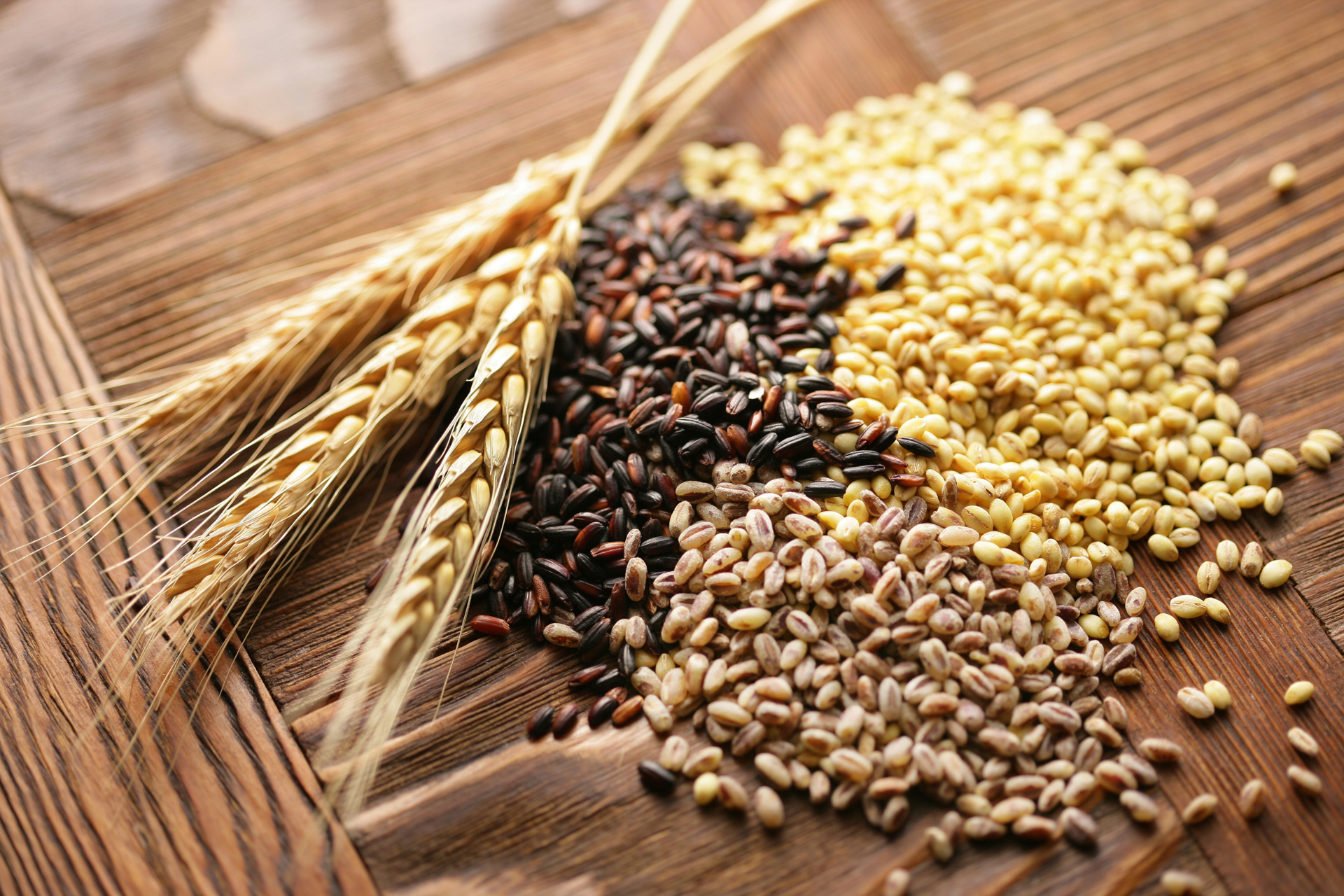 Grains are hard to digest for a number of reasons, including:

? Phytic acid. Also known as inositol hexakisphosphate (IP6), phytic acid is the main storage form of phosphorus in many plant tissues. It is present in the bran and hull of most grains and cereals. Phytic acid binds to and prevents the absorption of minerals, including calcium, magnesium, iron, copper and zinc. Regular consumption of grains — all of which contain phytic acid — leads to mineral loss. A mineral deficiency may manifest in a variety of symptoms, including diarrhea, decreased immunity, constipation, bloating and abdominal pain.

? Gluten and other grain-based proteins. Like wheat, grains also contain gluten and other proteins that contribute to leaky gut — and attendant digestive and autoimmunity-related health problems.

?  Lectins. Present in grains, lectins are mild toxins that are part of a plant’s defense mechanism targeted at the pests and insects trying to eat them. Lectins are resistant to human digestion. In other words, our bodies are unable to break down lectins during the digestive process. Not only can lectins damage the intestinal lining, they inhibit the repair of damaged cells in the intestinal lining. As a result, the gut becomes “leaky,” allowing lectins and other food particles into the bloodstream. Your body perceives lectins as “dangerous,” triggering an immune response to get rid of these foreign invaders. However, when you constantly activate this immune response (by regular consumption of high lectin foods), you can develop an allergic reaction. Symptoms may range from skin rashes and joint pain to general inflammation.

Rx: The best way to reduce or neutralize lectins is by sprouting grains; soaking, then cooking grains; or fermenting grains. 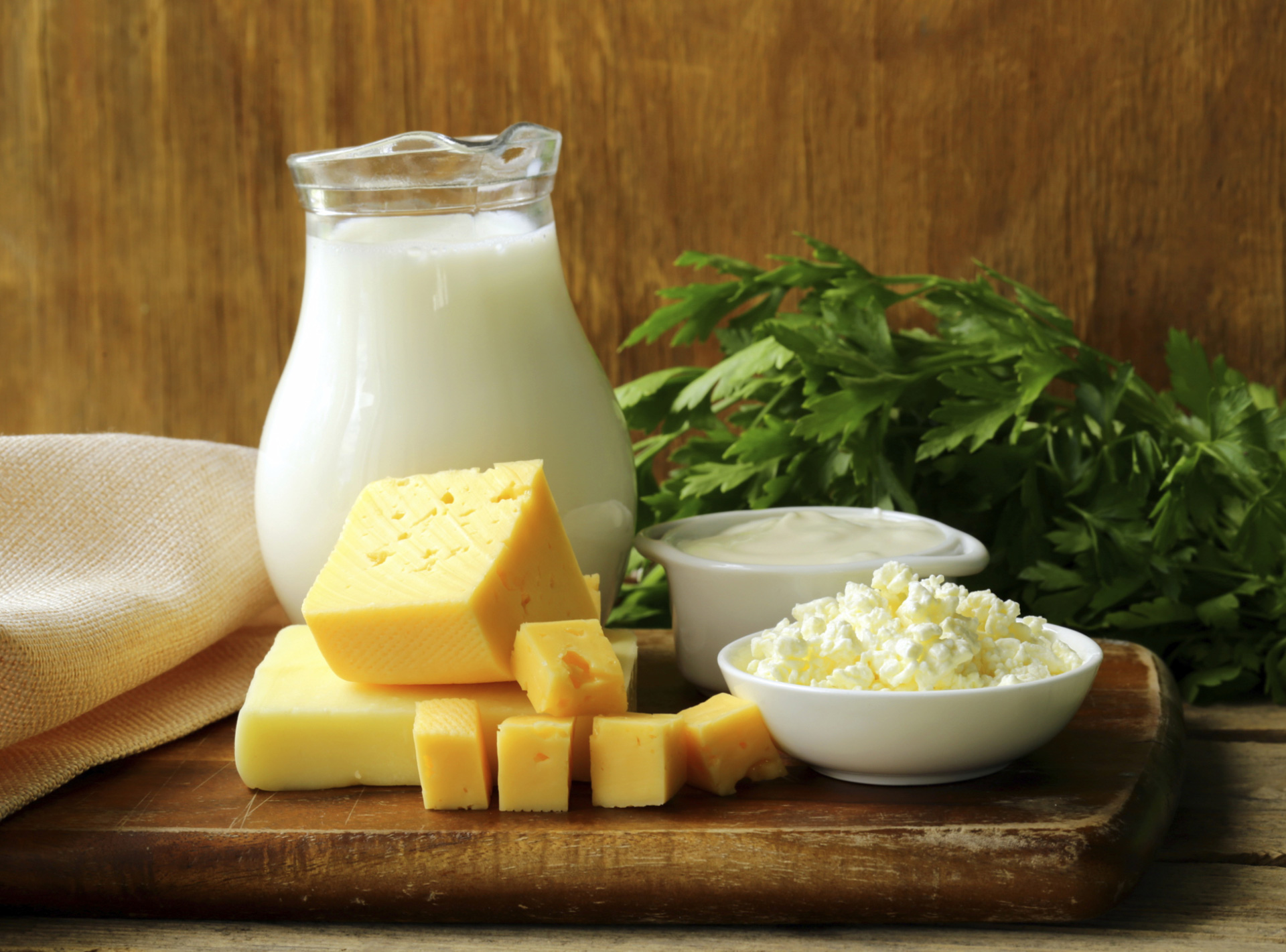 Conventional cow’s milk and dairy products (sour cream, buttermilk, ice cream, cheese, etc.) contain the protein A1 casein. If you experience bloating, gas, diarrhea or constipation after consuming dairy, you’re likely reacting to the casein, which can hurt your gut. Pasteurized dairy also destroys enzymes, which makes milk sugars, like lactose, difficult to digest. If your gut health is already compromised, dairy protein will leak through the gut barrier and into the bloodstream, where it is viewed as an “enemy” by your immune system, which creates an autoimmune response and inflammation.

Rx: Depending on your ability to tolerate dairy, you may want to consider dairy from goat, sheep, buffalo or grass-fed raw dairy instead. 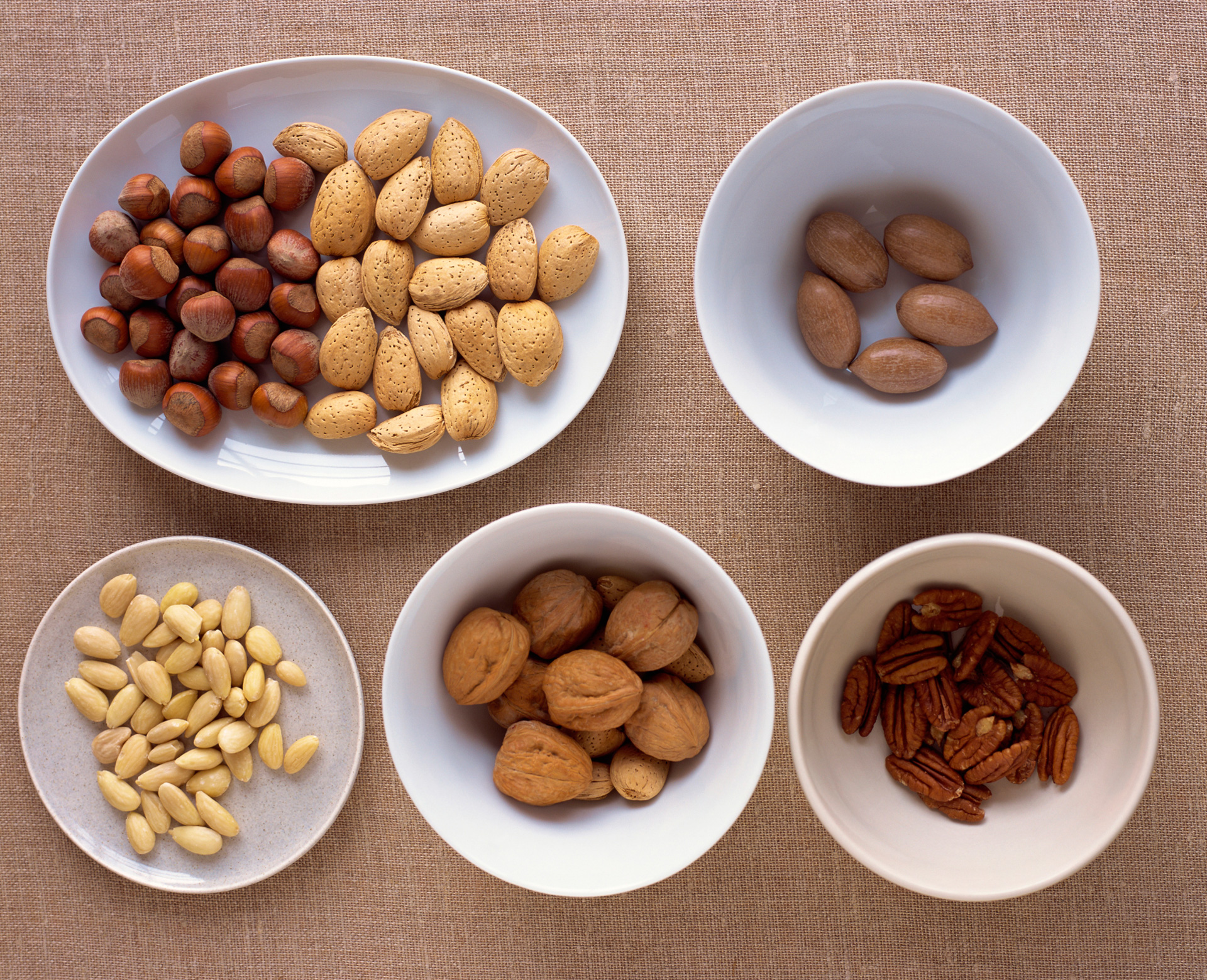 If you’re downing nuts by the generous handful, ease up! Yes, nuts are a source of protein, fiber and considered a healthy fat. Unfortunately, like grains, nuts are also high in phytic acid and inhibit the absorption of minerals, especially iron and zinc. Phytic acid also inhibits the work of important enzymes during the digestive process, such as pepsin (which breaks down proteins in the stomach), amylase (breaks down starch) and trypsin (required for protein digestion in the small intestine).

The nuts highest in phytic acid per 100-gram serving are, in descending order:

Rx: The best way to break down some of the phytate is by soaking the nuts for at least 18 hours, dehydrating the nuts at a very low temperature in a food dehydrator or low temperature oven and then roasting the nuts. Be mindful, too, of overconsuming commercial nut butters, which are often made with unsoaked nuts. Look for raw, sprouted nut butters instead.

22 hrs ago
by Nikesha Elise Williams