Pincha Mayurasana, otherwise known as Forearm Stand, is probably one of the trickiest and most temperamental poses I’ve encountered in my yoga practice. And to be quite honest, it’s still very much a work in progress…

However, over time (and after many failed attempts), I’ve come to find that there are a few good secrets to sticking this pose.

But, before we get to the fun stuff, let me give you a brief overview of my yoga-nemesis, the Forearm Stand (*cue dramatic sound effects*).

For starters, this pose is great for strengthening the shoulders, arms and back, while also stretching the shoulders, neck, chest and belly. Like other inversions, Forearm Stand helps improve your sense of balance, calms the brain and relieves stress and mild depression.

This pose requires the shoulders to be confined to a smaller area, which in return challenges the shoulders’ flexibility and stability. To reach the optimal placement of this pose, the body should appear as an even column when viewed from the side — meaning the upper arms, armpit, shoulders, torso, pelvis and legs should all be in one straight line.

Easier said than done, I know. But, the best way to understand this pose is to simply give it a go! So without any further ado, I present to you: five steps to nail a Forearm Stand.

Note: Before attempting this pose, make sure your body is warmed up. I suggest doing a few rounds of Cat/Cow, followed by Downward Facing Dog and Dolphin Pose.

Step 1: Get on all fours 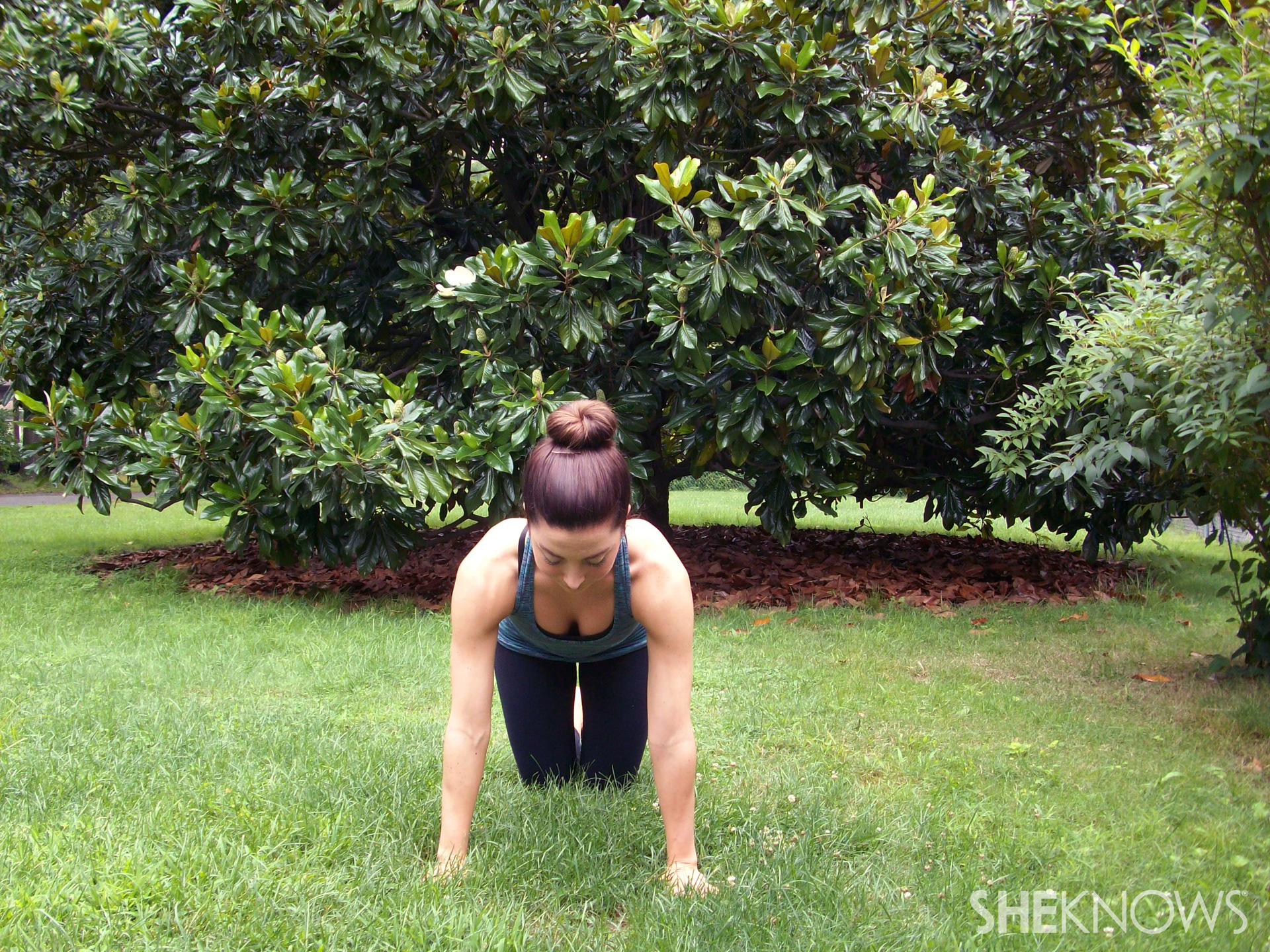 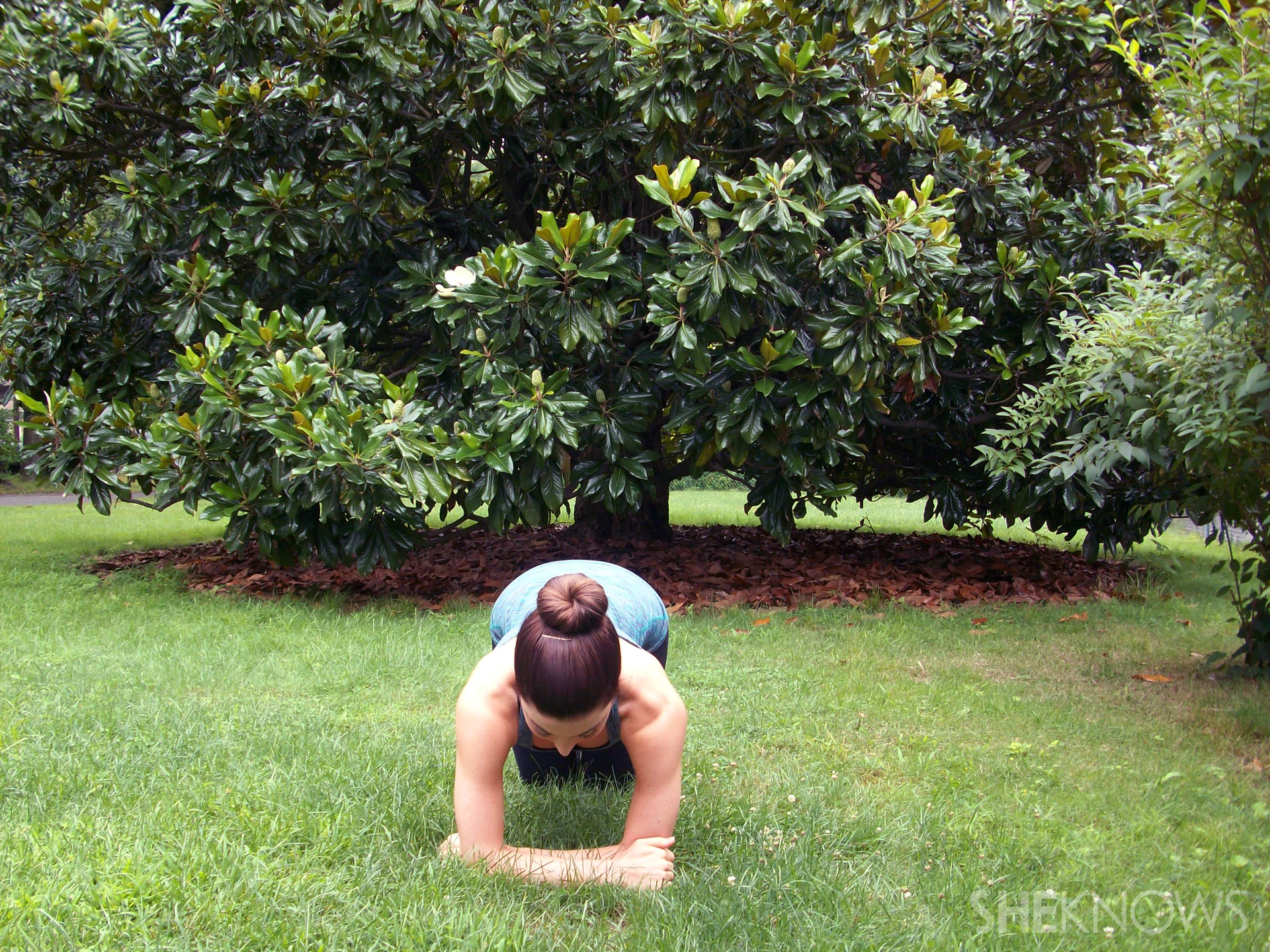 From tabletop position, bring your forearms down to the ground, placing your elbows where your hands were. Once there, make sure there is the correct amount of distance between your forearms by using your hands to grab a hold of opposite elbows. Your elbows should be a forearm’s distance apart. 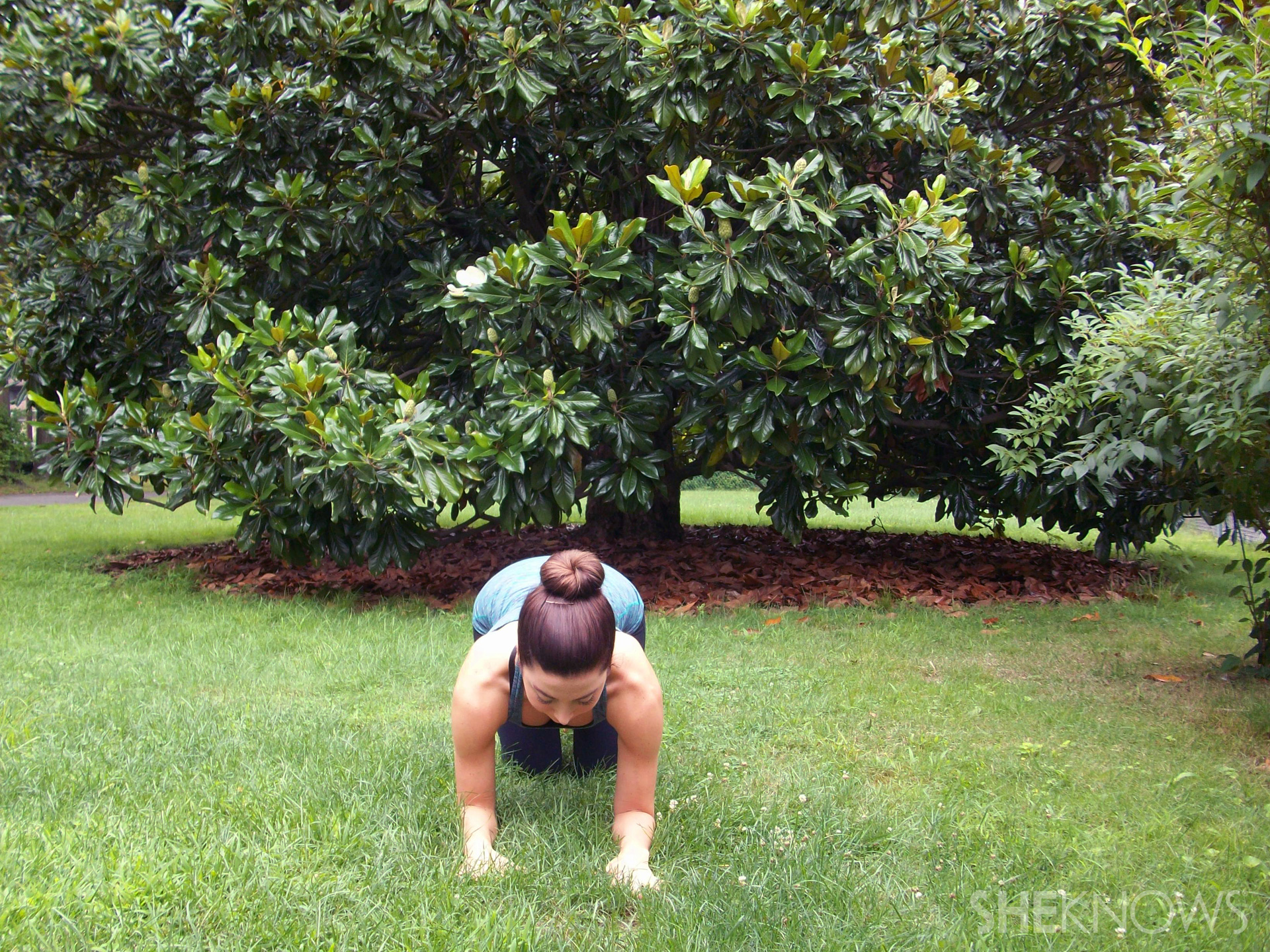 After you align your elbows, place your hands and forearms straight ahead in front of you. 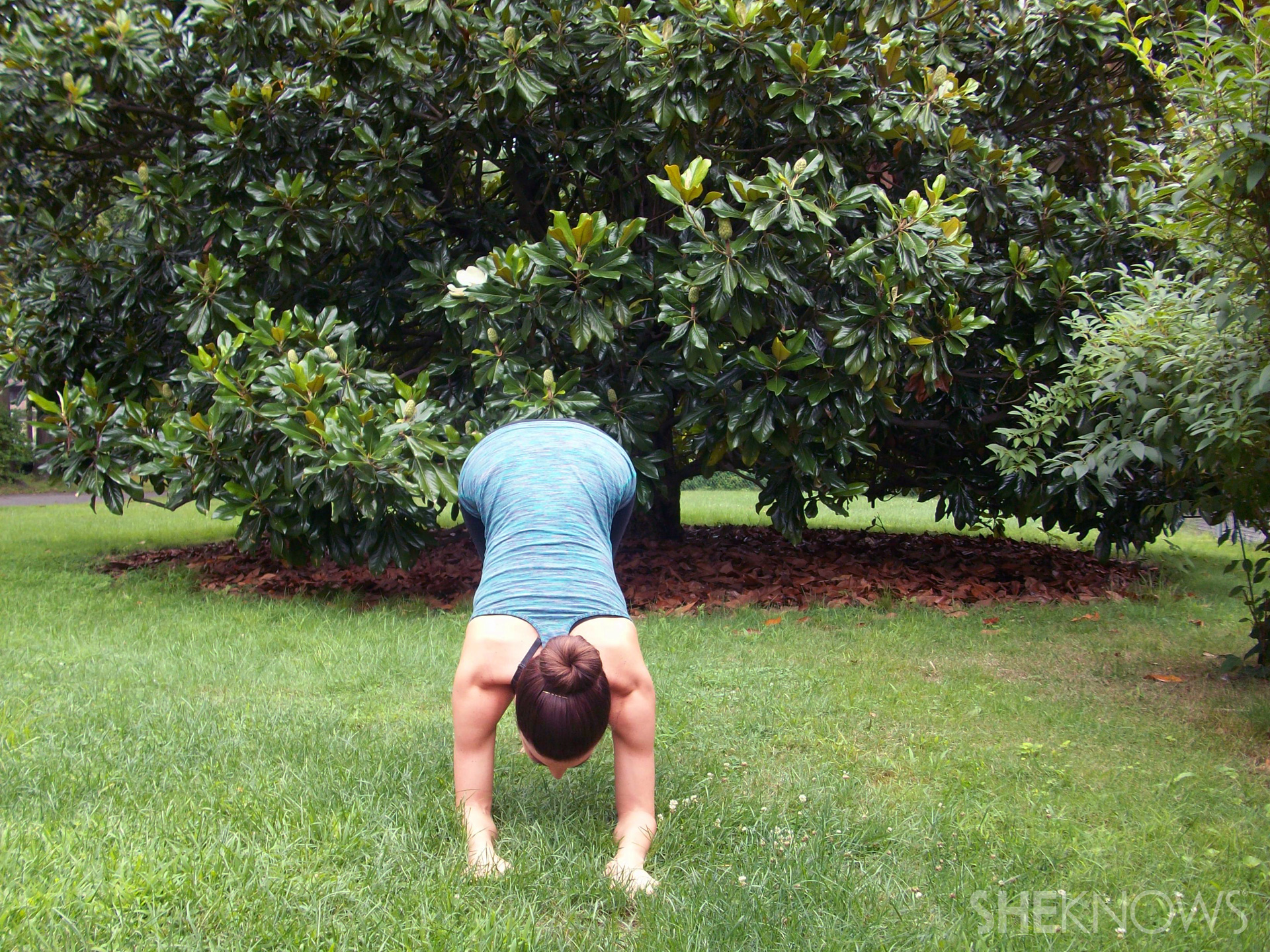 From there, press into your forearms and hands as you tuck your toes and raise your knees off the ground, coming into Dolphin Pose. 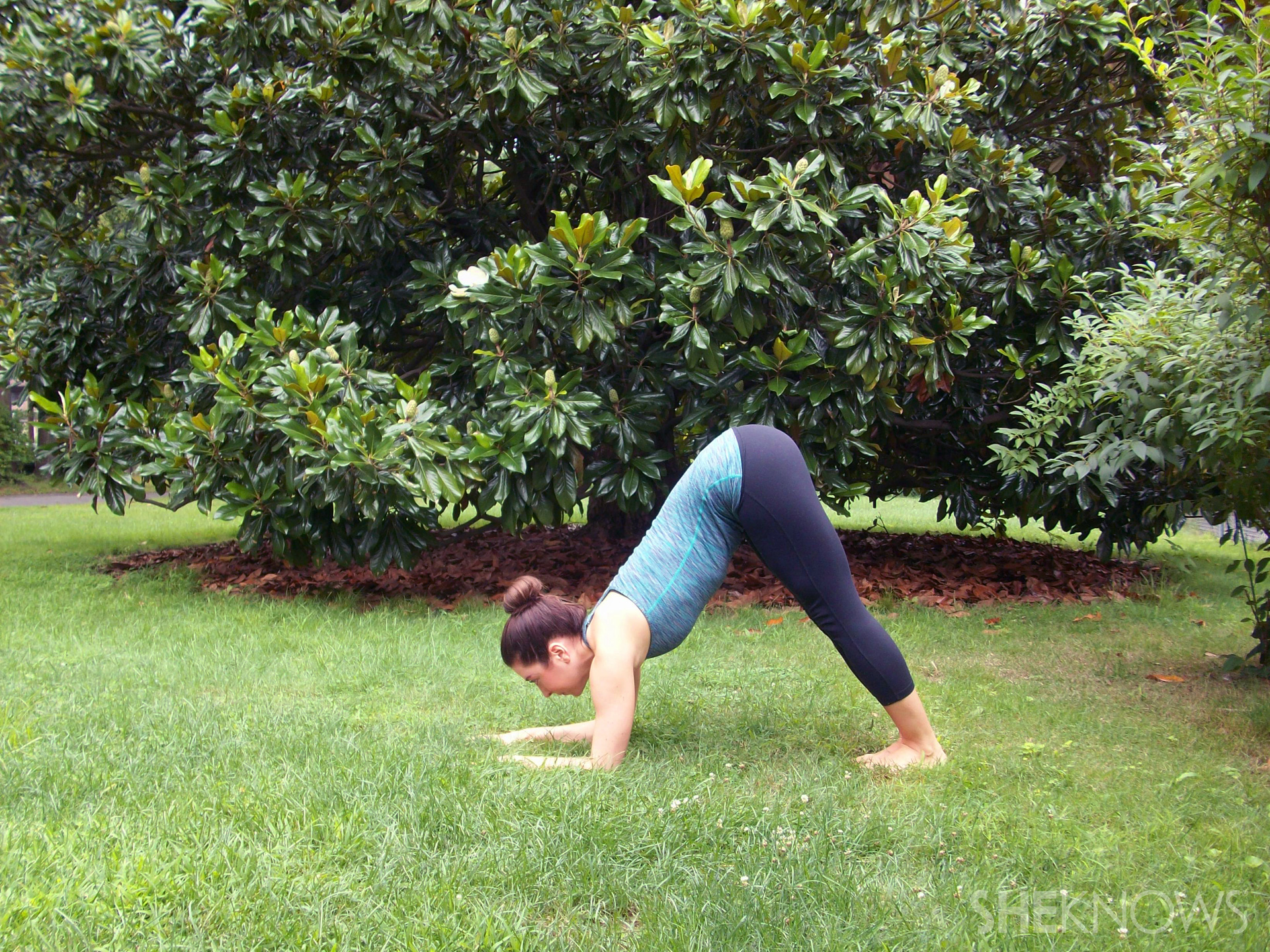 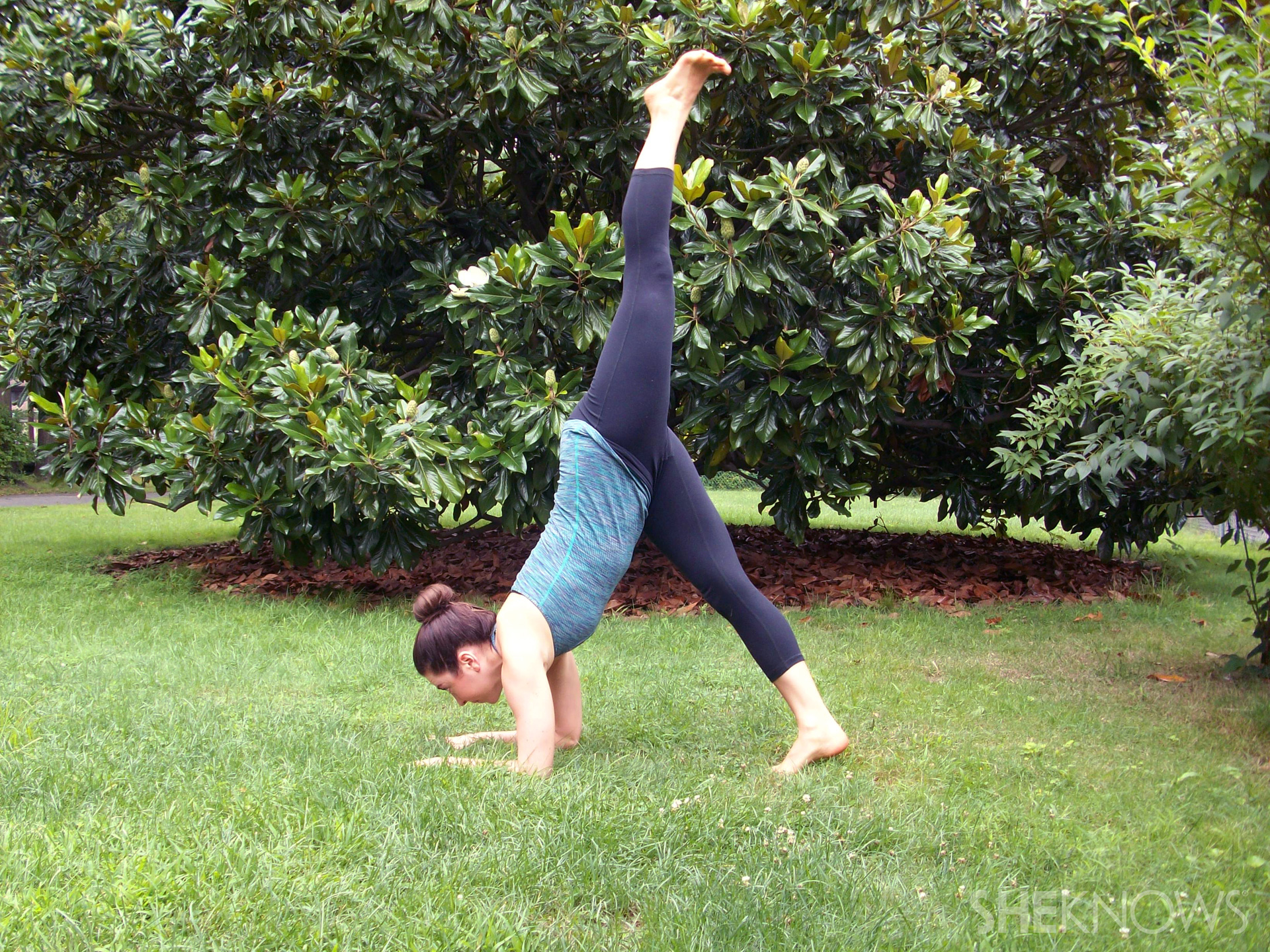 Once in Dolphin Pose, shift your weight forward a bit more into your forearms and lift one leg up off the ground. 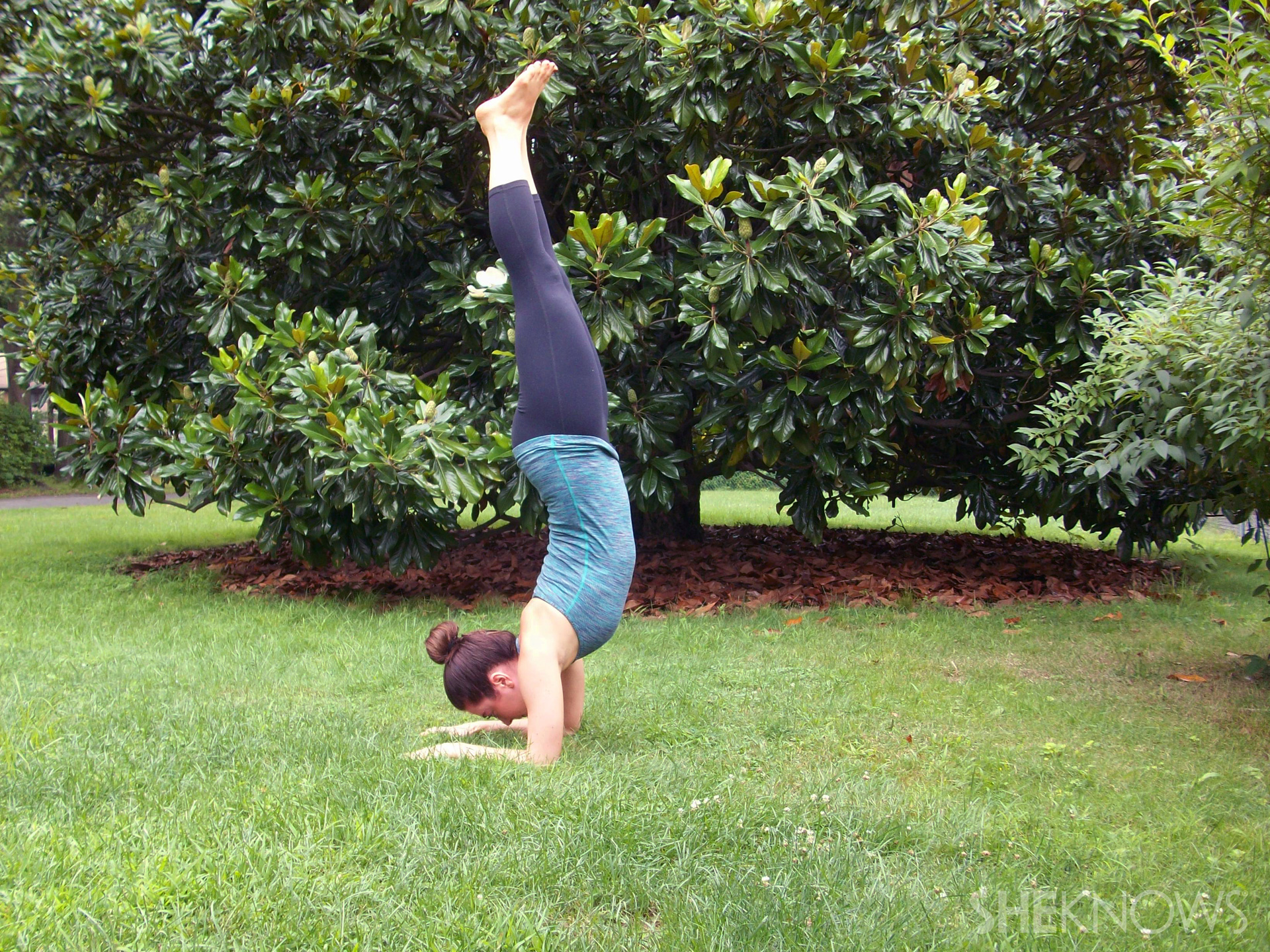 Keeping the extended leg and foot flexed, try taking a few kicks with your supporting leg until eventually it meets the other leg overhead. The key to holding this pose is to keep the legs and core engaged while pushing your shoulder blades away from your ears, and your forearms and hands into the ground.

Want an extra challenge? Once you get the hang of Forearm Stand, bend your knees and try to bring your toes towards your head, coming into Scorpion Pose. 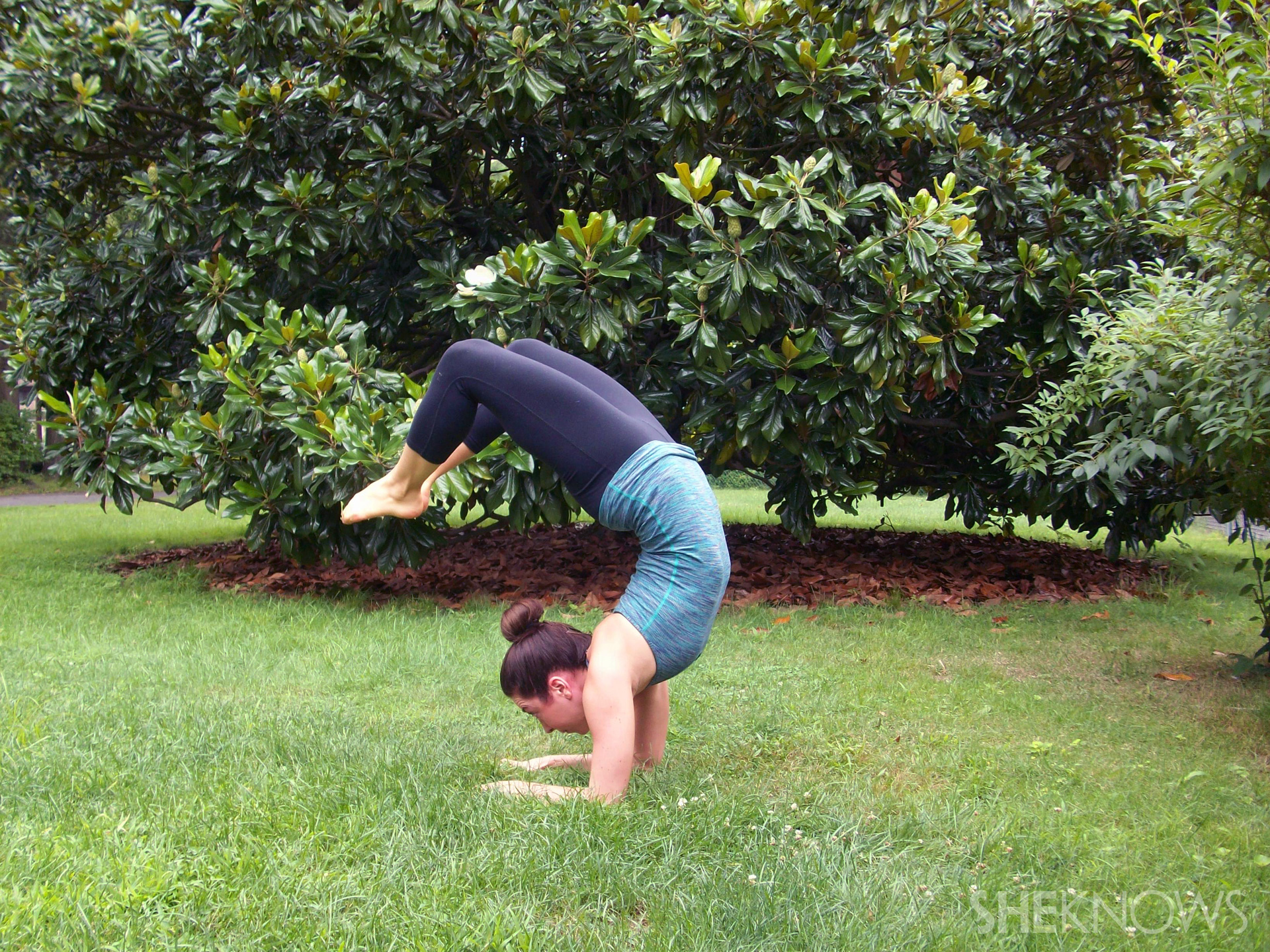 My empowering experience with stand up paddleboard yoga
What if an exercise mat could teach you yoga?

Can We Please Just Say ‘Vagina’ Instead of These 50 Other Slang Words?

A Dad on Reddit Kept His Vasectomy A Secret From His Partner — How Bad Is It Really?