Couples who dress up together stay together? Maybe not, but it’s still a lot of fun while it lasts and here’s why comic conventions are ripe for young, nerdy love.

The early days of my longest relationship were a match made in nerd heaven. I knew I’d found my man when we sat outside the university bookstore talking about classic X-Men arcs. It was only a matter of time before our relationship evolved into cosplaying together.

No, cosplay isn’t a weird sexual position. Though, for “example,” if you and your partner get drunk at a sci-fi convention and “forget” to remove your costumes before getting it on, it could be considered a weird sexual activity. With origins in Japanese fan culture, cosplay is actually a shortened form of the phrase “costume play.” Typically taking place at anime, comic and sci-fi conventions, it essentially means dressing up as characters you love. Cons often host competitions to grade cosplayers on their skills and occasionally on skits and performances. 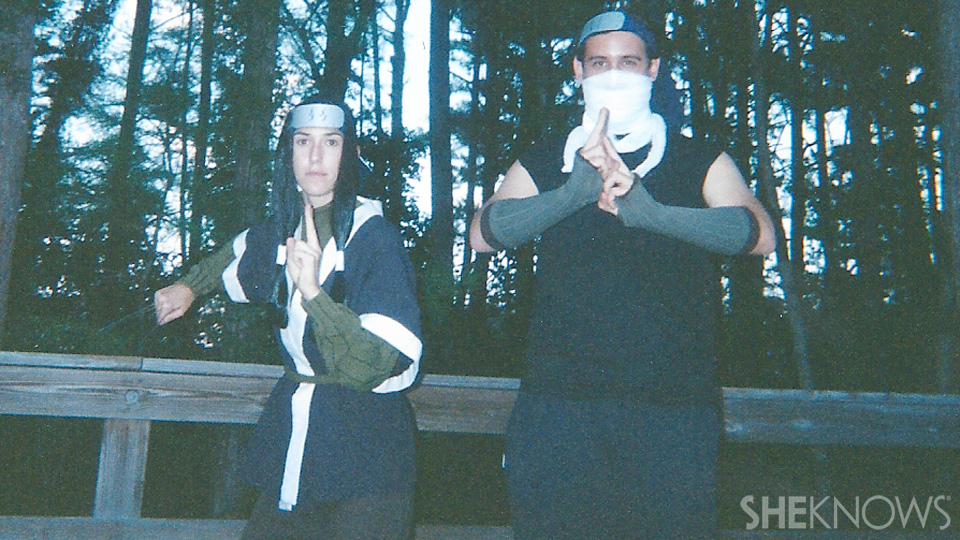 I’ve never owned a sewing machine, so my cosplay skills didn’t win any awards. But I still managed to cobble together costumes using thrift store finds and approximately half of Jo-Ann’s inventory. My then-boyfriend and I would sit in the living room of our townhouse, surrounded by sequins and fabric glue. We’d watch endless episodes of Buffy the Vampire Slayer while carefully constructing ninja costumes, pirate costumes and on one blissfully simple occasion, a “business man” costume.

Don’t knock it ’til you try it

Remember how much fun it was to pick out the perfect Halloween costume as a child? (Or last year, if you partake in Halloween as an adult holiday.) Cosplaying is just like that. In fact, you can update your Rainbow Brite costume from 1986 and no one will bat an eye. Couples cosplay is especially fun because it gives you and your partner a project to work on together, and it puts a little spice into your relationship. Batman and Catwoman? Emma Swan and Captain Hook? Sailor Moon and Tuxedo Mask? Think about it.

Nerd culture is ripe for romance. A recent VGMarket poll showed that 57 percent of San Diego Comic-Con attendees know someone who met their partner or spouse at the con. There’s a reason why Arya has become a popular baby name recently.

You don’t need matchy-matchy costumes to have fun together. I often dressed up as a boy. I loved completely stepping outside of my own shy nerd-girl identity. Dressing up as a male character excited me. It didn’t turn my boyfriend off — he appreciated the fact that I felt confident and sexy.

I miss the carefree self-confidence that had me parading around conference centers in various states of dress and undress. You can bet if I ever make the trek to San Diego Comic-Con I’ll have a suitcase full of costumes. Life’s too short to act like a boring grown up all the time.