I drove over 2,700 miles during the month of June for my business. I love driving. I could have flown. I know that driving is actually more dangerous than flying. But, still… 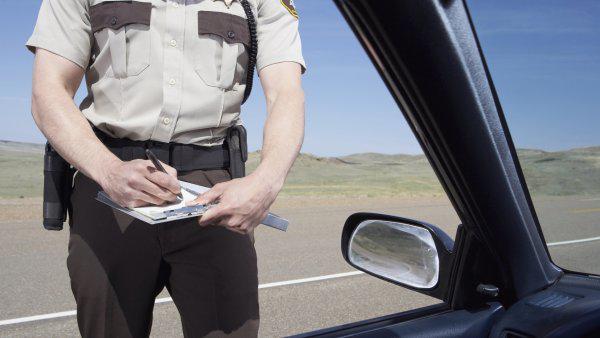 tAs I drove down the four-lane, divided highway in South Dakota, I didn’t see the highway patrol car coming toward me across the median. I didn’t see it make a U-turn to come up behind me. It wasn’t until he was right in my rear-view mirror that I saw the discreet lights flashing on his dashboard. By the way, what happened to the tell-tale roof-mounted light bars? I digress.

t The officer was polite the entire time. He had a practiced, patient smile on his face when he told me that you cannot exceed the speed limit, not even to pass a slower vehicle. I have to admit that I incorrectly believed you could accelerate in the passing lane in order to pass a slower car in the right lane. I didn’t think I was doing anything wrong. My plan was to resume the speed limit once I passed and got back into the right lane. He said it was not lawful even in big cities, like in California, where he previously worked. The smile stayed as he told me that he was tired of witnessing the average of one fatality per month on this stretch of highway, due to someone speeding. He spoke of the higher speed limit on that stretch of highway, one of the highest in the country. And still we speed.

t I have since learned that, according to the National Highway Traffic Safety Administration, in the first nine months of 2013, 24,270 people died in traffic crashes. These were highway deaths.

t The economic impact is great, as well. According to a study, “crashes involving a speeding vehicle traveling over the posted speed limit or too fast for conditions accounted for 21 percent of the total economic loss and cost the nation $59 billion in 2010, an average cost of $191 for every person in the U.S. Including lost quality of life, these crashes were responsible for $210 billion or 24 percent of the overall societal harm caused by motor vehicle crashes.” Wow. Not to mention families missing loved ones and businesses missing employees.

t When the officer printed my ticket and handed it to me in the front seat of his vehicle, I remember feeling sheepish when I said “Thank you. Thank you for the ticket.” Then I said, “I know it was for my own good.” How many times have we silently (or not so silently) cursed officers with their radar guns pointed towards us while zooming down the highway? How many times have we said, why don’t they go fight real crimes? We accuse them of issuing speeding tickets just for the revenue in order to meet some silly, greedy quota.

t I have driven a few hundred miles since then. I do not exceed the speed limit, not even to pass. Not even locally, on the highways in my town. I still see his face; his profile, his polite, frozen smile as he patiently explained it to me. I think of that officer, and countless others, having to come to the scene of a speeding accident and see dead bodies and mangled survivors. An event called an “accident” that is completely preventable.

t I still thank him for the wake-up call before tragic consequences could occur. In my business (as a safety speaker) I get called upon to educate about safety, often after the fact, once there has already been a tragedy. How nice to learn a lesson beforehand. Slow down and plan accordingly.