What does it mean to be a girl? A woman? A lot of us ladies, no matter what our age, have a hard time defining what it means to be female in our society, in our culture and even in our own bodies. But what would happen if we let those who love us the most tell us what they see in us? The women of the Harvard rugby team decided to do exactly that and the results are nothing short of magnificent. 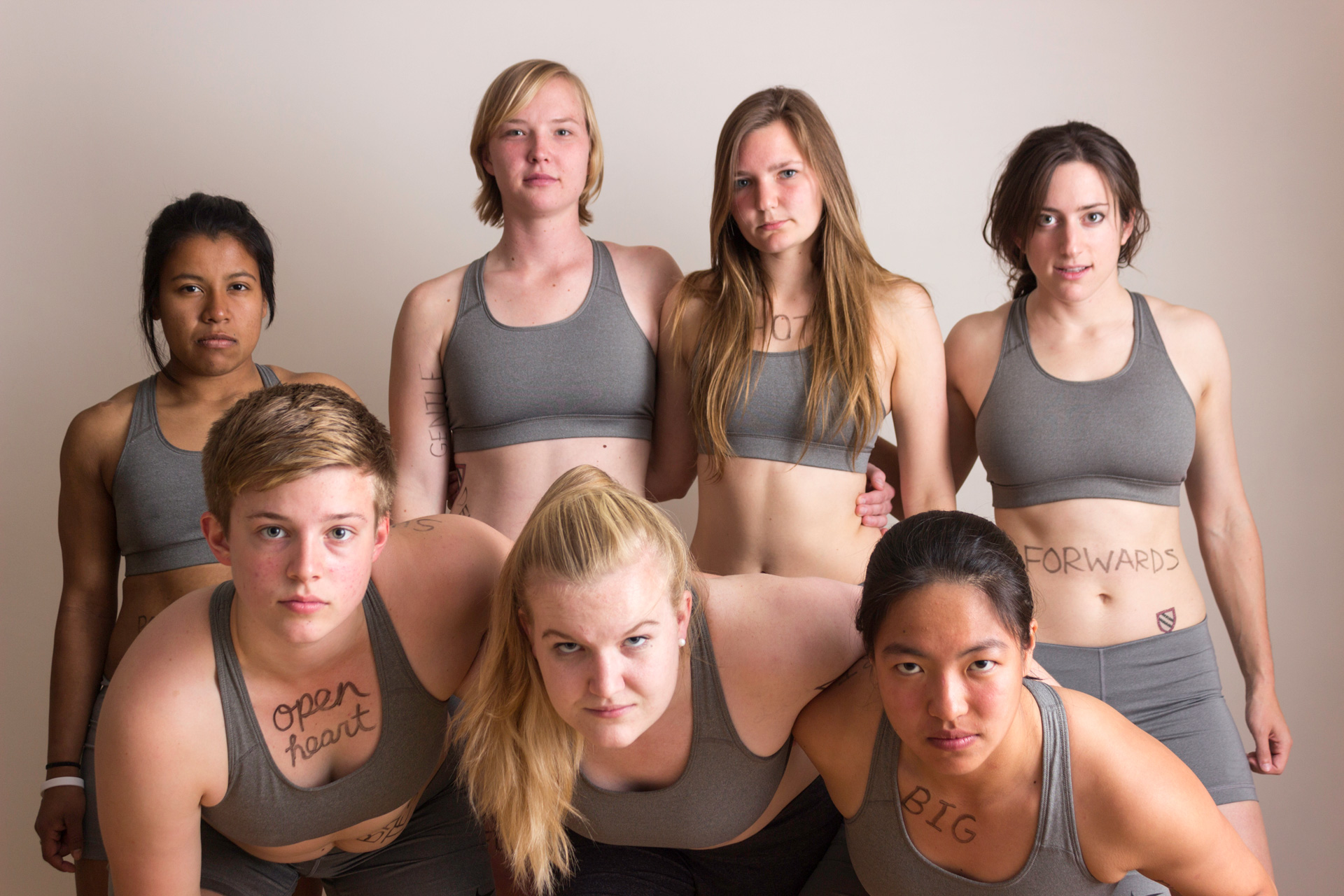 The Rugged Grace project started as a way to fight the “frightening normalcy of hating your body.” A survey showed that a whopping 86 percent of female students said they had an eating disorder by age 20. The women’s rugby team felt like they were in the perfect position to challenge that mentality.

“There is almost nothing in our society besides rugby that allows women to be truly physically aggressive, to use our bodies in the same unselfconscious, unafraid, assertive way that men use theirs all the time,” writes author and rugby player Amy Perfors.

Not only is the attitude different than what you find in many female sports but players say that because all body types are both celebrated and needed that rugby provides a more body-positive environment. If you doubt that, the pictures are definitely worth more than a thousand (hashtagged) words. 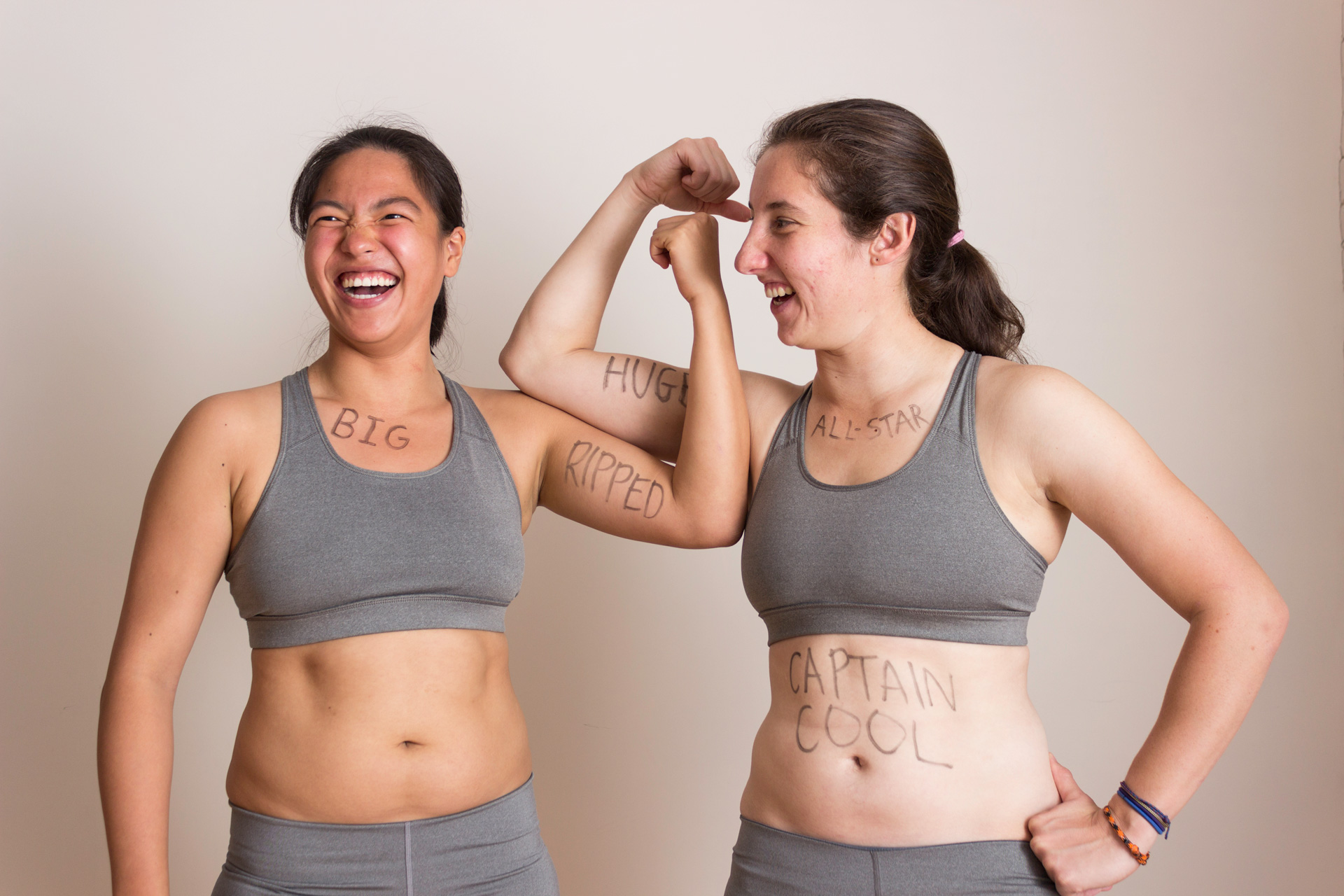 Dressed in identical gray sports bras and shorts, the girls were given markers and told to write on their teammates’ bodies what they love and admire about them. Many of the words they used aren’t ones typically associated with the stereotype of a woman but when you see the pride, camaraderie and love among the girls on the team suddenly the words look perfectly feminine.

One woman has “battle tested” written across her stomach, turning a long scar into a medal of honor. “Squat master,” “Quad Lyfe,” “Hey quads” and “So ripped” adorn a picture of muscular thighs that defy the fragile Hollywood standard we are all told to aspire to. The word “Huge” appears several times, challenging the assumption that women need to be as small as possible. “Power sized” scrawled across a stomach replaces all the iterations of tiny that women have been taught to prefer. Then there are the words like “Inspired/inspiring” (on chiseled calves) “powerful” (across the knuckles of two fists) and the simple “Proud” (across a chest). 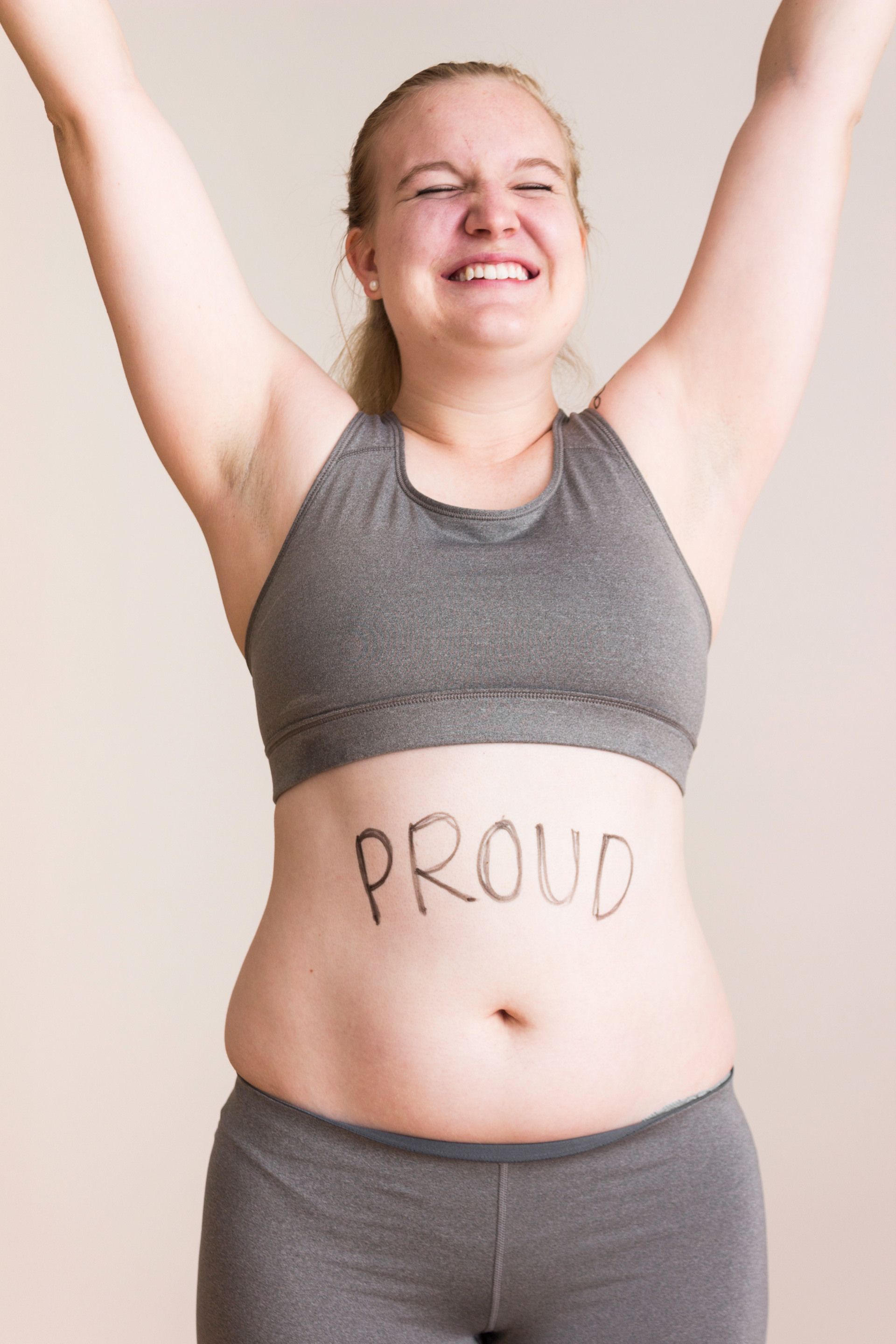 Brooke Kantor, Helen Clark and Lydia Frederico write in an article on the team’s project in the Harvard Political Review that the team is fighting the message that women are supposed to be in a constant state of self-improvement through beauty products, diets and exercise. “Exercise in particular has now taken its place as a piece of the “sexualization” of women phenomenon. Women are bombarded with the idea that the purpose of exercise is to attain a fit body, rather than to improve athletically,” they write.

There’s something particularly touching about watching the girls write the statements on their team members. We’re so often taught that women are rivals and competition or bitches and ho’s — how many television shows are written on the premise of women tearing down other women — that it feels rare and special to see them taking such care with each other. 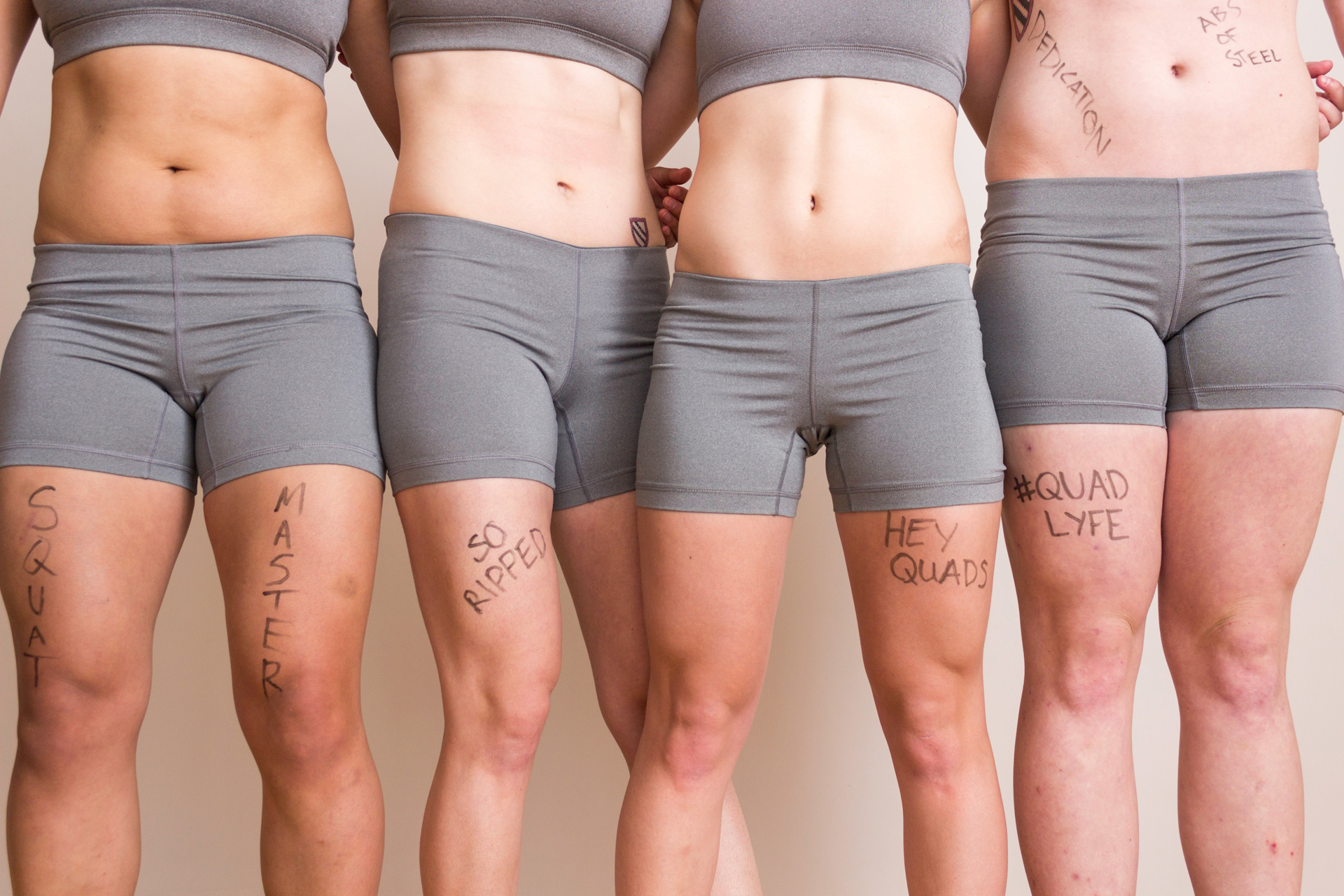 According to Amy Perfors this unity isn’t pantomimed for the camera but a very real part of rugby. “There is a wonderful transformation during the season as recruits come to realize that being strong and muscular makes someone more beautiful, not less; that routinely tackling other women into the ground on the weekends not only doesn’t compromise femininity, it increases self-confidence and assertiveness; and that women really can do something that almost everything and everyone says we can’t do.”

Even if we don’t play rugby, sometimes we just need to see ourselves through someone else’s eyes to recognize how beautiful, unique and especially powerful we are. 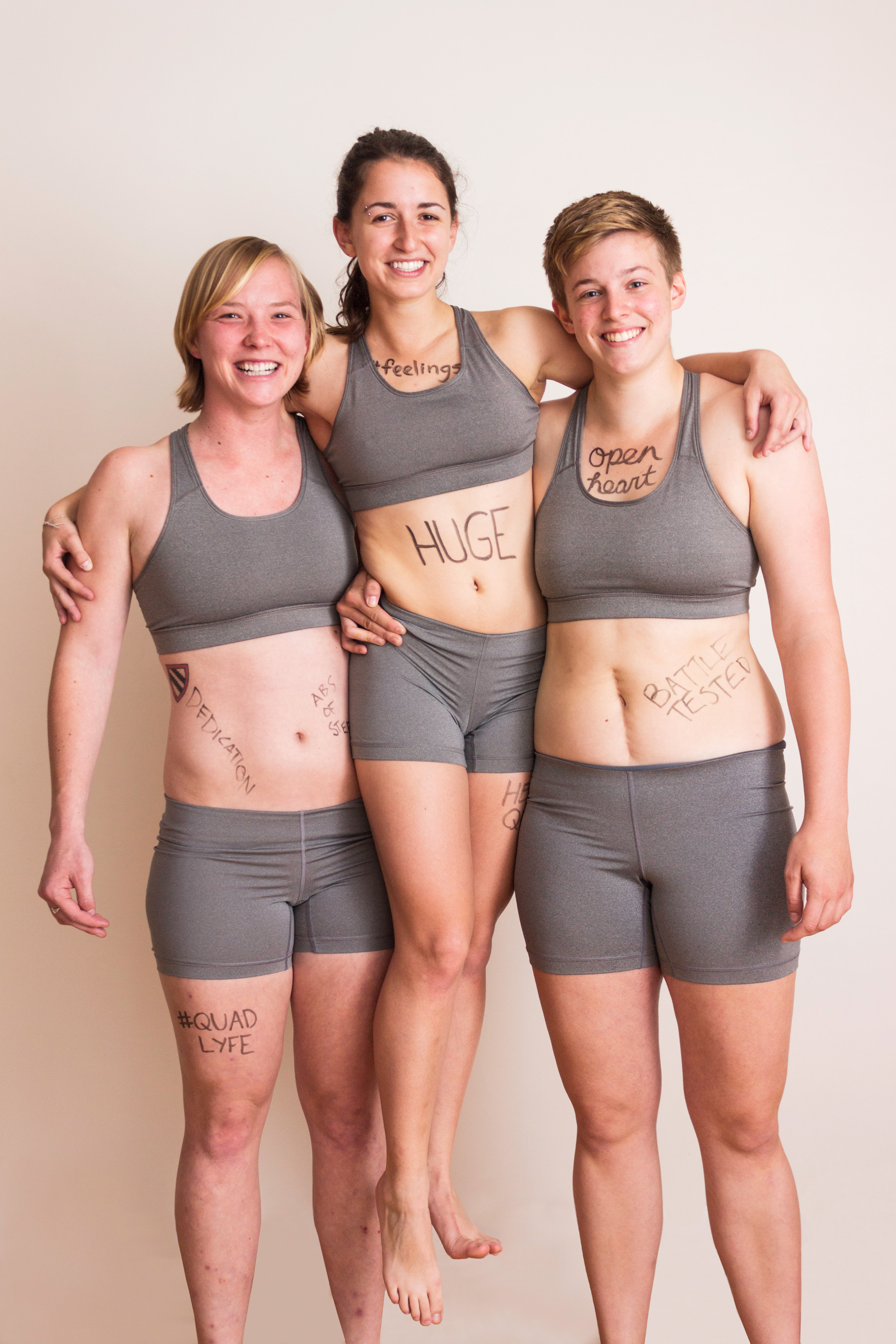