The Personal Drink Identification Device, also known as pd.id., can’t tell you what kind of rum is in your mojito — but it can tell you if your drink has been drugged.

The reusable device, which is being developed by a team based in Toronto, is being crowdfunded on Indiegogo. David Wilson, founder of the device, is looking to raise $100,000 by the end of August to develop the product and then produce it for consumers.

Wilson says that about 25 percent of sexual assaults are due to date rape drugs and alcohol, something that drove him to create the pd.id.

To operate the battery-operated pd.id., just place the device in your drink so it can collect a tiny sample of fluid. It then pinpoints the chemical properties of your favorite cocktail or malt beverage and checks it against a database. If the LED light blinks, your drink is safe. 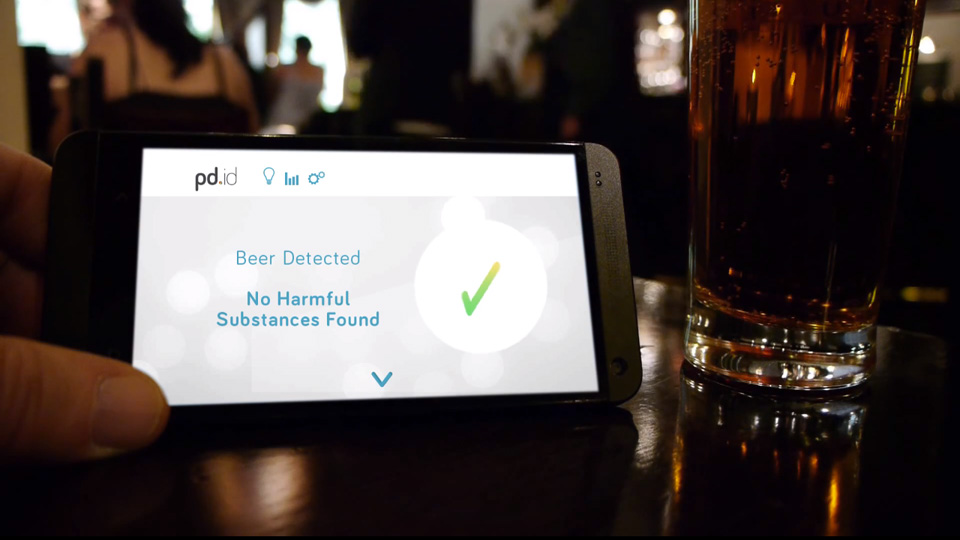 And because we’re in the age of high-tech, the pd.id. lets you sync the gadget with your smartphone. This means that if you have the device in your drink, it will call or text if someone’s been messing with your booze. Wilson says he wants to create a map that would show bars with frequent reports of drugged drinks so patrons can avoid them if they so choose.

While many people may think it’s a little much, Wilson says it’s a good way to be safe while you’re enjoying drinks with friends or a date.