Blogger Jordan Younger, better known as The Blonde Vegan, just revealed a big secret to her fans: She suffers from an eating disorder known as orthorexia. 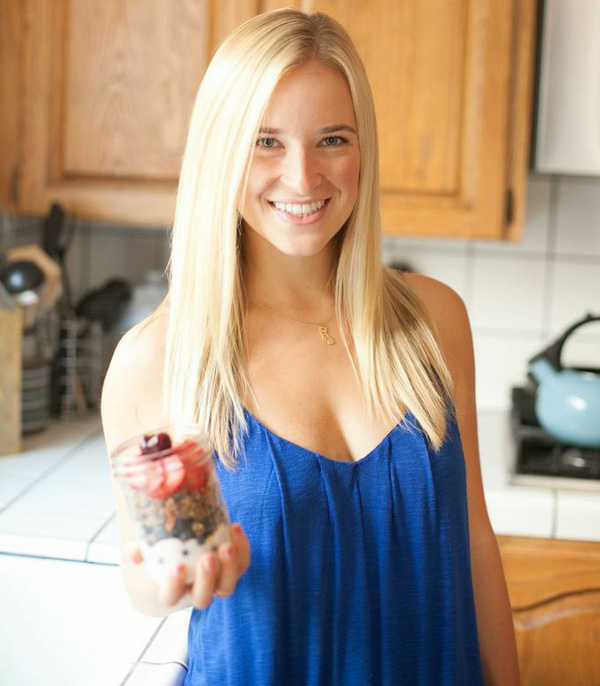 Younger, 23, amassed over 75,000 Instagram fans that followed her to get her advice on how to eat a natural vegan diet. However, the quest to stay healthy — and to impress her followers — eventually backfired.

“I started suffering from orthorexia,” she wrote on her blog. Orthorexia is defined by the National Eating Disorder Association as a “fixation on righteous eating” where the sufferer obsesses over healthy eating to a dangerous degree. It’s not a classified eating disorder like anorexia or bulimia, but the bi-coastal chef said it turned her life into a prison.

“Food was not enjoyable anymore,” she added. “I was spending the entire day obsessing about eating only vegetables, green juices, fruits and occasionally nuts and grains.”

She even stopped herself from eating certain vegan foods because they weren’t considered “100 percent clean or 100 percent raw.” She eventually visited a doctor who said her hormones were out of whack and that she had to start eating fish and eggs to become healthy.

“I realized that a lot of my health problems could be attributed to veganism,” she wrote. 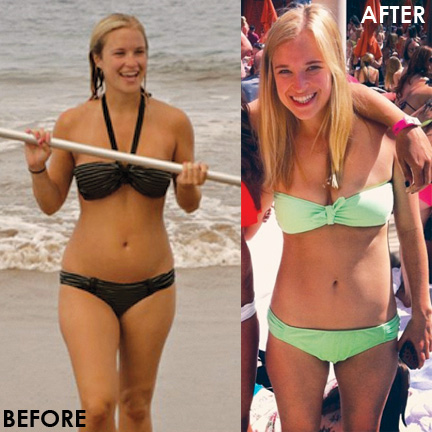 We give the blogger a ton of props for realizing that she was headed down an unhealthy path — and for realizing an “all or nothing” attitude about food isn’t the way to live. She’s now reintroducing foods she once considered the enemy.

“I began by reintroducing wild salmon and free-range eggs in the middle of May. A few weeks later, I started to include different types of fish like ahi tuna and some white fish,” Younger tells SheKnows, adding that she recently added organic free-range chicken back into her life. “I am trying to shed all the labels. There was a bit of parmesan cheese on my steamed broccoli at a restaurant a few nights ago. I would have sent the broccoli back when I was fully vegan, but now I am trying to live with having a few bites of something that would have previously been ‘off limits.’ It doesn’t mean I am going to be buying cheese at the grocery store, but letting up on myself on special occasions has been really healthy for me psychologically.”

So, is it possible to maintain a raw or vegan diet and stay healthy? Younger might not follow the lifestyle anymore, but she thinks it’s definitely possible.

“The combination of my personality along with the restrictive tendencies that became ingrained in me as a vegan lead to my diet becoming more and more limited and to my developing several debilitating food fears,” Younger admits to SheKnows.

“I would recommend getting a nutritionist during the transition period into veganism, and especially into raw veganism, to ensure that you are getting enough vitamins and minerals in your vegan diet,” she adds.

It’s not as difficult as it seems, either. Healthy diets — vegan or meat-eater — all need these vital components.

Sure, there’s a lot of protein in animal meats, but there are plenty of other plant-based sources of our muscles’ favorite pal.

“Although it’s extremely easy to meet protein needs on a vegan diet with minimal effort, some vegans who de-emphasize protein-rich foods could fall short, especially if they are restricting calorie intake,” writes Ginny Kisch Messina, MPH, RD, the nutritionist behind the blog, The Vegan RD.

Messina recommends eating at least two servings of legumes like beans and peanuts every day to meet your protein needs.

Plant-based diets are naturally low in fat, so be sure to get in plenty of essential omega-3 fats from nuts and seeds. Avocado is another good choice for its high fat content.

Iron deficiency can happen to anyone, but vegans needs to be careful to get the right kind of nutrients to keep it from happening.

“The best way to prevent it is to eat plenty of whole grains and legumes, along with good sources of vitamin C at meals (citrus fruits, strawberries, peppers, broccoli, leafy greens, cauliflower, cabbage),” writes Messina.

Vitamin and mineral supplements are hotly debated among nutrition experts, but they can be a way to fill any gaps in a vegan diet — especially to help get enough vitamin B12 and DHA.

“I took a weekly B12 supplement, but it wasn’t giving me enough of the vitamin. Some vegans need to get B12 shots in order to keep their levels high enough,” Younger tells us.

Supplementing with Vitamin D and DHA is important, especially if you’re indoors most of the day.

“If you don’t get adequate sun exposure to make vitamin D and are not using iodized salt, consider supplements of these nutrients, too,” writes Messina.