Singing and dancing flash mobs have been delighting surprised onlookers (and sometimes surprised participants) for several years now and weddings have been eye candy for people for centuries. So put the two together and you have one of the most entertaining spectacles ever: the flash wedding. (Plus, with all those flash-mob proposals on YouTube, having the actual wedding was pretty much an inevitability right?)

But planning a wedding is a lot more complicated than planning a flash proposal. You want it to be classy, beautiful and a reflection of your taste, naturally, but you also need basic stuff like someone to marry you, a photographer and don’t forget a marriage license.

A new company, PopWed Co., based in Washington D.C., aims to keep your spontaneous wedding spontaneous by taking care of all those little details. All you do is tell them about you and your fiancé and they will come up with an idea that is both legal and entertaining. 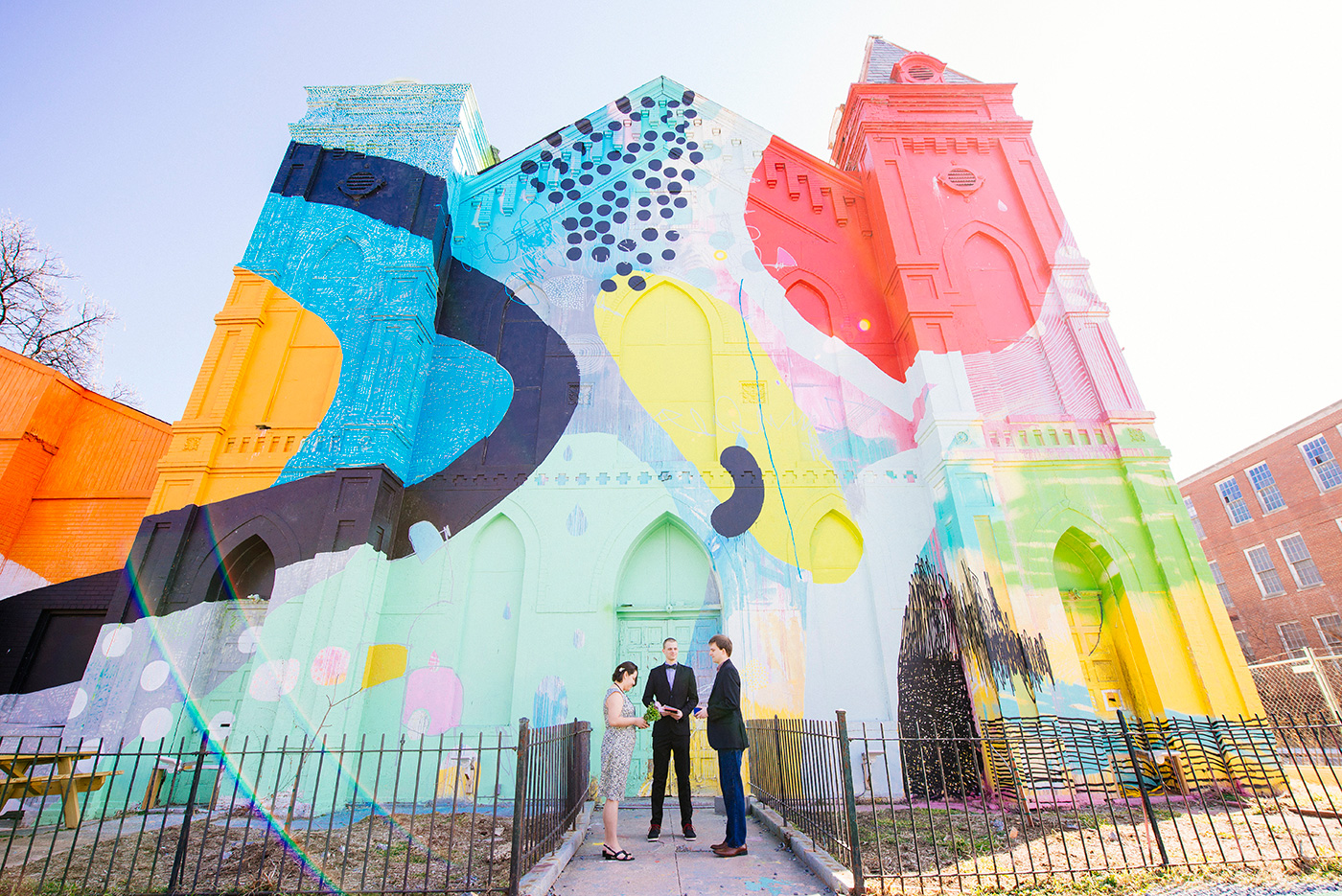 High-school sweethearts Maggie Winters and Steven Gaudaen came up with the idea after photographing weddings and elopements for several years together. “We were talking about how I could possibly still provide photography for elopements with such a crazy schedule, and at the same time I kept getting emails asking for advice about locations and places that are good for photos. We realized that if he was an officiant, our couples wouldn’t need to hire any other vendors, and we could offer the locations that look awesome in photos plus the entire elopement experience for our couples and they wouldn’t have to worry about a thing. So Steven became a Humanist officiant and we started marrying couples all over D.C.”

Because they travel so light — no food, decorations, flowers, bridesmaids, limos or other wedding “necessities” required — PopWed specializes in unconventional wedding venues like museums, parks, landmarks and other public venues. They even married a couple inside the Smithsonian Museum. Since they don’t ask for permission to do a wedding in the location, there’s always the possibility they’ll get kicked out — but that only seems to add to the allure for excited couples looking to do something unique and unusual. 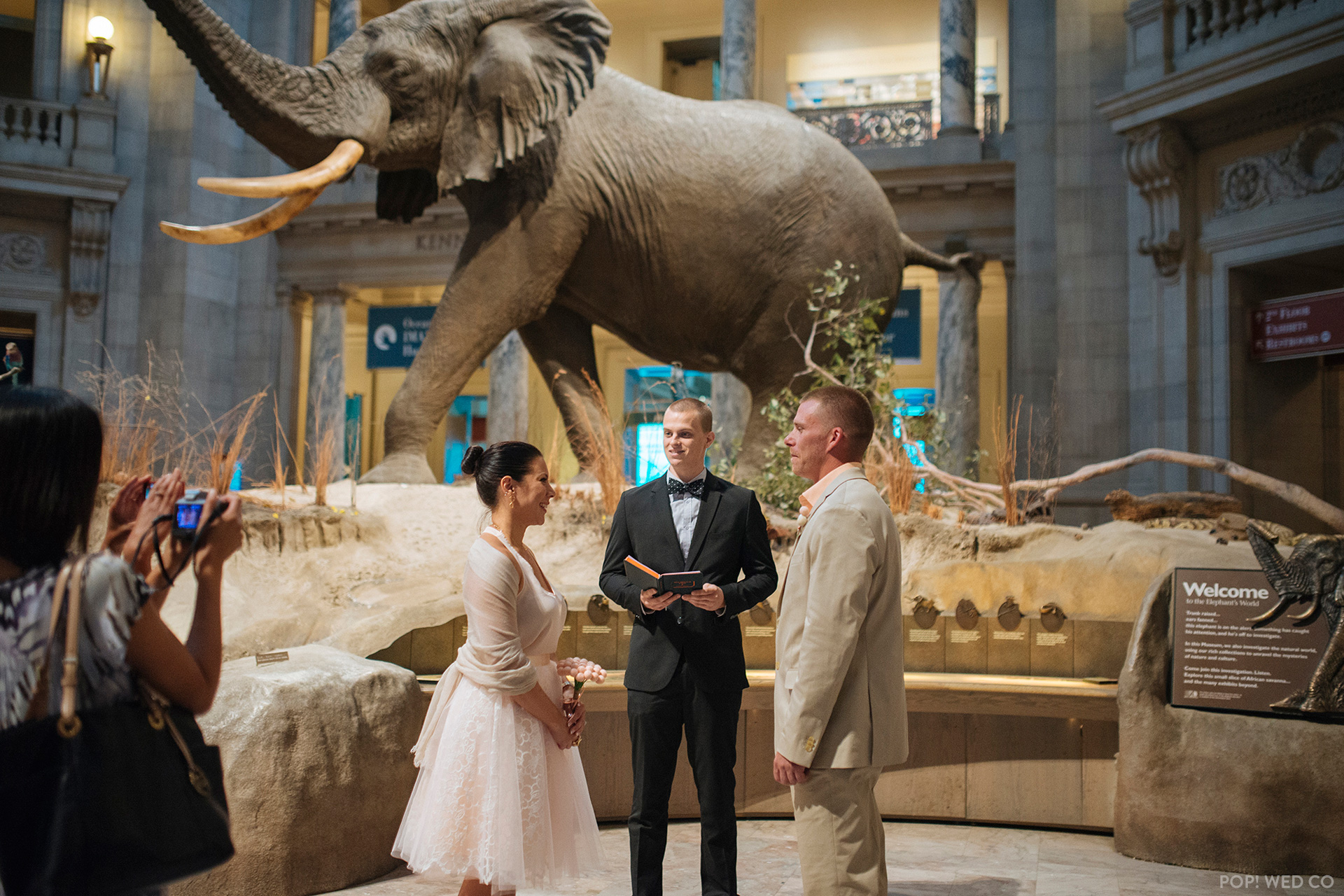 Maggie adds that the intimacy allows them to focus on making sure it is exactly what the bride and groom (or bride and bride or groom and groom) want instead of worrying about all the little details. Plus, at $1,900 for the whole shebang, it’s a bargain compared to the $25,200 price tag of the average U.S. wedding.

But the biggest benefit to a PopWedding are the bystanders, says Maggie. “My favorite thing at every wedding is how beautifully bystanders treat our couples. We frequently have people cheering from car windows and passing by giving high fives and congratulations to our couples which is a way different side of DC than you see when trying to commute on Metro during rush hour!” 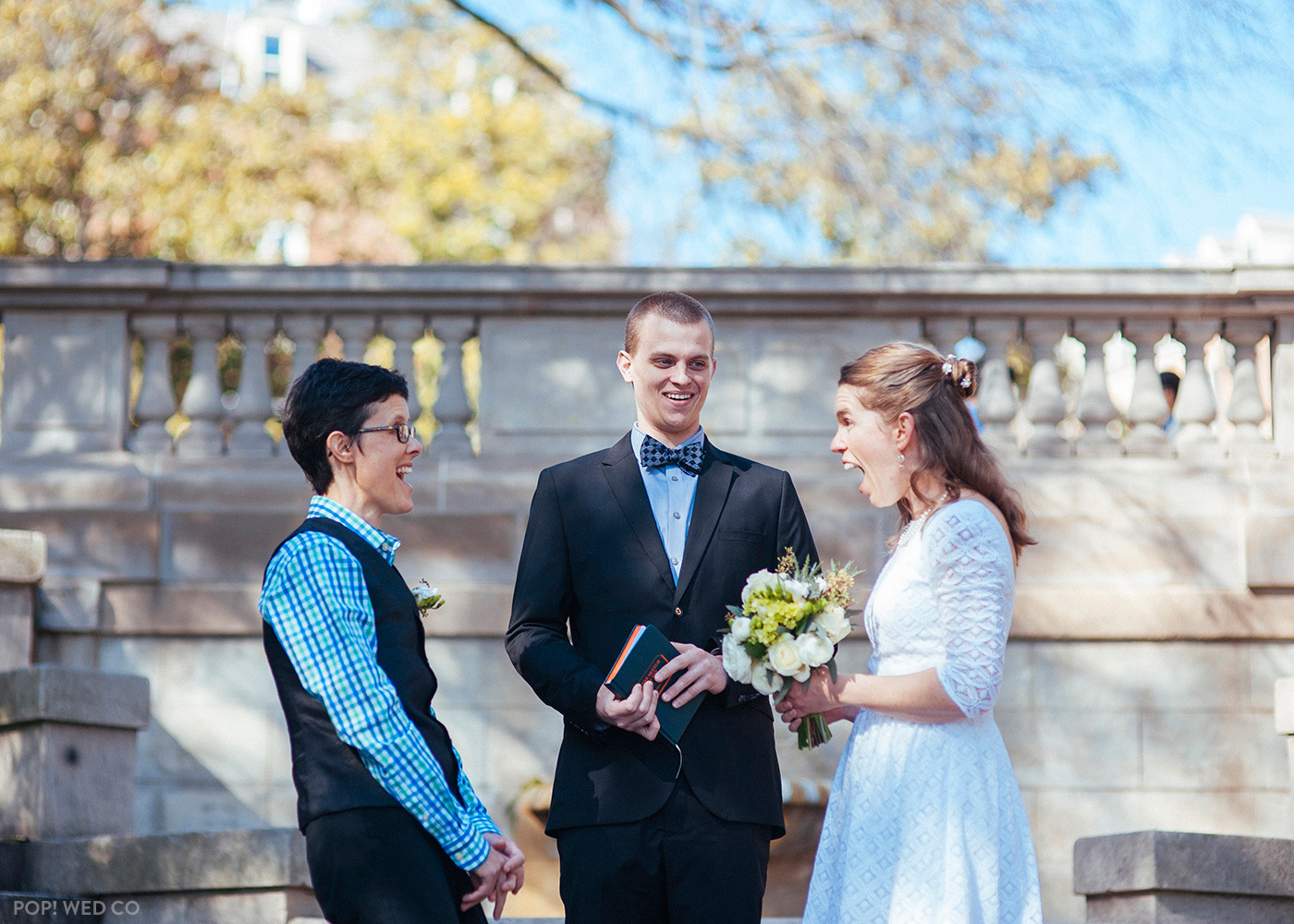 And Maggie and Steven will soon add another wedding to their list: their own. The couple got engaged and are planning a PopWed wedding for the fall.

More on weddings and eloping

Women who eloped tell all
“We eloped in Vegas!”
Can feminism save your marriage?