You don’t have to be an X Games athlete to add action to your life. Check out these tips for spicing things up.

t All work and no play makes any woman a bore to be around. And with the X Games heading to Austin, Texas from June 5-8, who better to ask about adding some action to day-to-day life than the adrenaline-driven athletes who participate in the Games? Sure, you might not want to speed around a race track or take on the tough terrain of an Enduro X event, but there are other ways to push your limits and add adventure to your life. 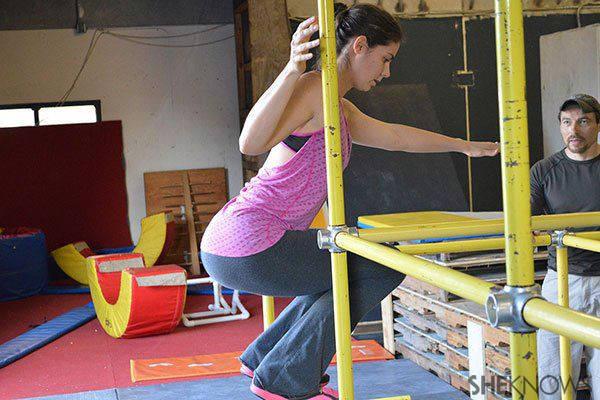 t“Get a teacher or take a class if you’re interested, then go out there and just do it.” Vicki Golden, Moto X Best Whip

t It can be intimidating to try something new, especially a sport or activity that’s completely foreign to you. The good news is, you don’t have to go it alone. For every sport or activity that’s out there, there’s someone who’s willing to teach it. So whether you want to try mountain biking, inline skating or skydiving, enlisting the help of an instructor can help remove the fear of the unknown. I recently signed up for a parkour class so I could learn how to balance on rails and jump over walls. I was terrible, but my instructor was amazing and made the experience a blast.

t“Buy a skateboard. It’s cheap, you can ride it anywhere and you’re never too old to start skating.” Alyssa Roenigk, X Games Sportscaster

t Cost of entry is often a detractor when it comes to trying action sports or new activities. The beauty of skateboarding is that the cost of entry is low. You can pick up an entry-level, but high-quality skateboard and associated pads for around $100… or you can just borrow your kid’s board for the day. Then head to your local skate park and give it a shot. Even if it’s slow going at first, as you develop your balance and comfort on the board, you really can turn skating into a healthy form of daily transportation. 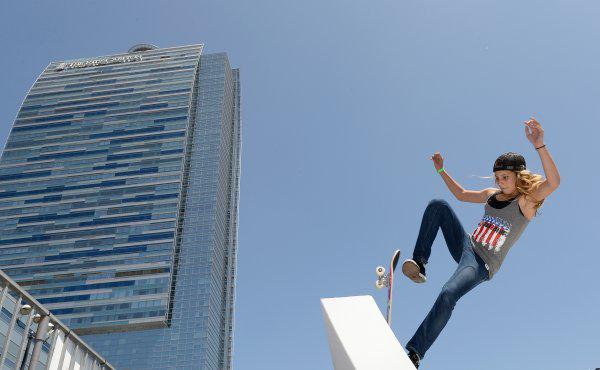 t“Just find what interests you. Maybe snowboarding, or wakeboarding or even dirt biking. If it is something you love to do, chances are you will be great at it if you put in the hard work.” Alana Smith, skateboarding

t Adults often take themselves out of the game by assuming that they’re too old to try a new sport. Take snowboarding, for instance. How many lifetime skiers have thought snowboarding looked fun, but decided not to try because they were “too old for it?”

t As long as you have a baseline level of fitness, there’s no sport that’s off-limits just because of your age. To get an idea of what you’d like to try, watch the X Games this year on ESPN or ABC, and ask yourself what looks like fun. Even if you’re not ready to hop on a dirt bike and catch serious air, maybe you’d love borrowing a friend’s mountain bike and hitting the trails. You won’t know until you try. 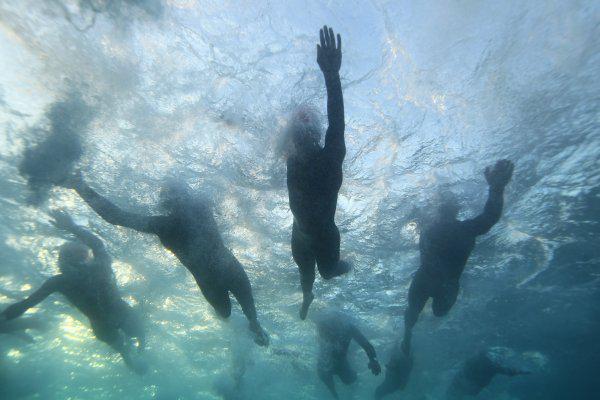 t Sports aren’t the only outlet for new adventures. It’s all about taking what you already enjoy and looking for the next step up. So if you truly love your Zumba class, why not sign up for a Bollywood or hip-hop dance class? If you don’t try, you’ll never know if you missed out on something you’d really love.

5. Do what scares you

t“Try something different, step outside your comfort zone. Think of the time you wanted to do something, but you managed to find every little excuse why you shouldn’t; that’s when you need to say, ‘I’ve got this.'” Sarah Burgess, RallyCross

t Remember the “No Fear” brand of apparel? I think adults need to be reminded that fear isn’t a negative emotion. Fear can be the fuel that feeds progress and spurs greatness. Sarah Burgess really hit the nail on the head; looking back, what’s the one thing you wanted to try, but didn’t because you were afraid? Go try that now.

t I’m a somewhat below-average, self-taught snowboarder. It took me awhile to feel comfortable on a board, mainly because I was figuring it out as I went. My husband, my boarding partner, picked snowboarding up like it as as natural as walking. I remember one experience, where I was following him down the mountain, and he decided to go over a cliff (a relatively short one), and through a steep slope of un-groomed terrain. I pulled to a stop at the top of the cliff and yelled after him, but he didn’t hear me. So I thought, “Well, why not?” and took off after him. It was terrifying, but exhilarating, and I made it through without dying. Little did I know that one of our friends was watching the whole thing. Later that day he said, “Seeing you terrified, but seeing you do it anyway? That was awesome.”

t I learned that day that facing your own fears isn’t just good for you, it’s good for those around you. And really, you never know who’s watching.

t“A lot of people stop when they feel fear about doing something… this can be talking to a complete stranger or asking your boss for a pay raise. It’s a huge rush when you feel the fear but you push through it and take that next step. A lot of confidence comes from this and it crosses into everything you do.” Emma Gilmour, RallyCross

t I once had the opportunity to interview Tony Horton of P90X, and one thing he said stuck with me; he encouraged me to start saying “yes” to things. Adults have the tendency to say “no” to things that are intimidating, new or uncomfortable, but it’s when we start saying “yes” and start taking small risks that we grow into stronger, well-rounded people. So here’s your challenge: Say yes to one small, moderately uncomfortable thing today, and after you’ve done it, take the time to applaud yourself. Then say yes to something else. 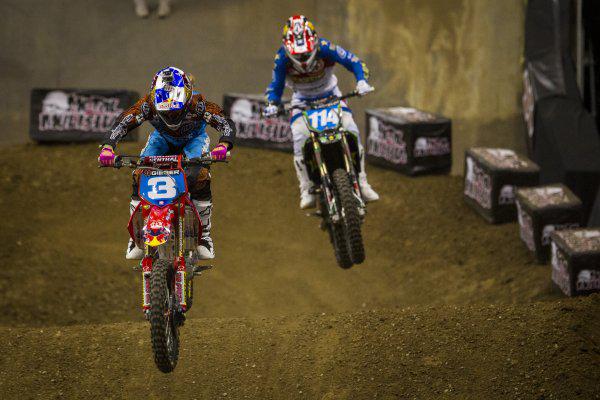 tThere is no better advice than saying just go out and do it.” Tarah Gieger, Enduro X

t Someone once told me, “Don’t give yourself the chance to over-think it.” While there are areas of life that certainly require careful thought and consideration, it’s way too easy to fall into the trap of analysis paralysis. Thinking too much about trying something new allows fear and insecurities to take hold, making it that much harder to follow through. If you’re reading this article and thinking, “I’d really like to try aerial silks or the flying trapeze,” don’t give yourself time to rethink it. Find a class, and sign up now. Once you’ve signed up and paid your money, you have no excuse not to follow through. As Tarah Gieger said, “Just go out and do it.”