As I’ve moved through the last four years, yoga has become a staple in working through changes and feeling good about myself at the same time. 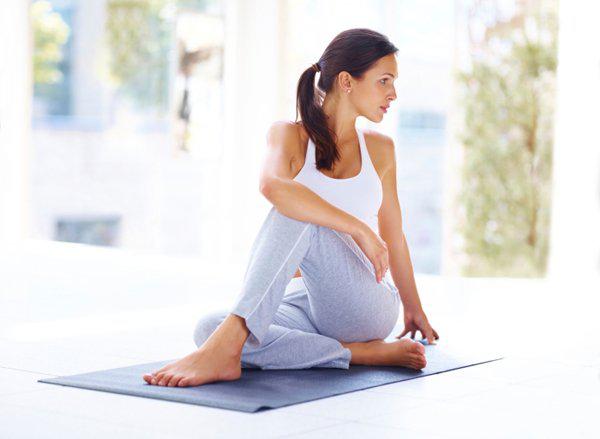 t About four years ago I went with my friend Ali to my first yoga class. She convinced me to go with her because I will try any new workout at least once. In all honesty, I assumed this would be a case of one and done… no way would I like breathing, chanting, and quieting my mind. And I am not even that flexible. Nevertheless, I went and have been going at least once a week since.

t There are a few things that initially struck me about yoga, which kept me coming back. The first aspect was breathing. Yes, it is really weird to hear random people moaning and grunting as they put their bodies in positions like a power lunge. But, once I learned that each motion is tied to a different breath, it became stress-relieving to breathe my way through something that seems really difficult. Eventually, I began to apply this principle to my life: “If I can breathe through another round of chair pose, then I can get over that awful date.”

t The second facet was the learning curve. Yoga is a journey, which is why a session is called a “practice.” Each class brings something new. Sometimes I feel really great about my practice and others I know I could do a bit better. What I take away from each class is that I can push myself to learn something new at my own pace, however I feel in that moment. This is not necessarily something we get to do everyday. In jobs and our life we have to go with the flow, but that’s typically someone else’s flow. Your bosses, your friends, your parents, they all have an idea of where you should be at any given moment. But, in yoga and my practice, I can just be where I want to be. Either in child’s pose or balancing in tree, it becomes my choice.

t Discipline is another element that kept me coming back to yoga. While it is my choice on how I want to handle my practice, I have to have a goal in mind. What brought me to my mat today? What do I want to accomplish? We should all have a goal in mind as we approach our own lives and various situations. Whether it’s a difficult conversation, finishing a project, or what outfit you are picking out for the day, it is easier to get the ending we want if we have that mindset at the beginning.

t I think everyone has their “thing” that helps them get through the monotony of everyday life. What is yours? As I’ve moved through the last four years, yoga has become a staple in working through changes and feeling good about myself at the same time. Simply put, it has helped me get to the next level.

11 hrs ago
by Bethany Ramos

16 hrs ago
by Ally Hirschlag