Please don’t put our children in real danger out of fear of an imagined threat. 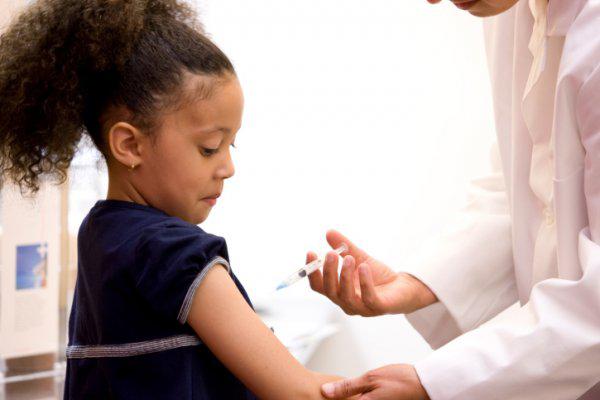 t If you are sick to death of Jenny McCarthy shoving the do not vaccinate agenda down your throat, be prepared, because there’s a new convert to the church of anti-vaccers, Kristin Cavallari. Despite scientific proof that vaccines are safe, and neither vaccines nor mercury cause autism, a stubborn vocal minority is pushing its agenda and threatening our children’s health: the anti-vaccers. The entire movement is based on fear and poor science. I know it’s a parent’s choice what she wants to do with her own child, but when your choice puts my child in danger, then it becomes my business. Thanks to rabid avid anti-vaccers, mumps and measles are making a comeback.

tI vaccinate my children because I want to protect them against the many childhood diseases that can wreak havoc on their tiny little immune systems and possibly even be fatal. I realize that some children cannot be vaccinated due to health issues, and that’s why it is even more important that those who can do, to help protect these children as well. I don’t know about you, or Jenny McCarthy, or anyone else, but for me, even if the autism/vaccination correlation were possible, I prefer autistic to dead any day of the week. I’m not trying to be flippant about this, because I do realize that autism is a very serious condition. But there is no scientific proof that there is a link between autism and vaccinations; it is all speculation. It’s a conspiracy theory of the vaccination type spread by fear.

t What scares me is the fact that with so many anti-vaccers out there now with misinformation, they are putting my vaccinated child at risk. Granted, at less risk than they are putting their own children, but at risk nonetheless. The problem is that the entire concept of vaccines relies upon herd immunity, which is the idea that diseases won’t be communicable because most people are immune. If there are enough unvaccinated children roaming the world, the situation can allow for the spread of diseases that we thought were nearly eradicated, like measles, mumps and whooping cough. Have you had any of these? I’ve had pertussis and it was awful. I caught it a couple years ago when there was an outbreak at my child’s elementary school. What’s next? Smallpox? Polio?

t The near and complete eradication of these childhood diseases due to vaccines keeps our children safe. Vaccines are a great thing. Yet, some parents are choosing to refuse vaccinations out of fear of autism or whatever misguided information they are reading. Now, cases of pertussis, measles and mumps are popping up all over the country. Don’t think it’s going to stop there. The less we vaccinate, the worse this is going to get.

t As of last week, the number of confirmed cases of measles in New York was at 20, and nine were children. Measles is highly contagious and the epidemic may be spreading because the patients were misdiagnosed, therefore hindering treatment. I don’t blame the medical facilities, because who’s going to be looking for measles, a childhood disease that has been eradicated? If I saw a dinosaur walking downtown, I wouldn’t believe it was a dinosaur because dinosaurs are extinct. I’d believe that it was something new that resembled a dinosaur because you can’t resurrect an extinct animal, but apparently you can cause an outbreak of eradicated childhood diseases by not being vaccinated.

t If you don’t believe me, the New York Times reported that only three of the 11 infected adults had records proving they were vaccinated. Seven of the nine children infected were too young to be vaccinated yet. The other two children had not been vaccinated because their parents had refused. Do you see a trend here? No matter the reason behind not vaccinating, being unvaccinated means being vulnerable and susceptible to these diseases.

t My point is this: We live in a world where these diseases have become a thing of the past. We don’t plan for them, we don’t worry about them and we don’t know how to readily recognize them, and this is how these diseases are going to kill our children. We have evolved past these diseases. Please don’t put our children in real danger out of fear of an imagined threat. 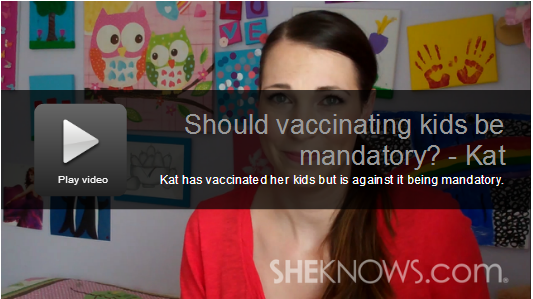 5 hrs ago
by Nikesha Elise Williams

8 hrs ago
by Mouthy Mandy