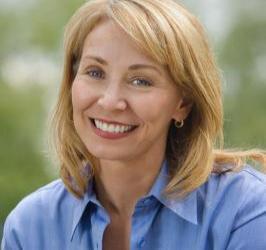 Does your social circle need a bit of sprucing up, but do you find it hard to make new women friends? Read on for some honest advice about how to do so. 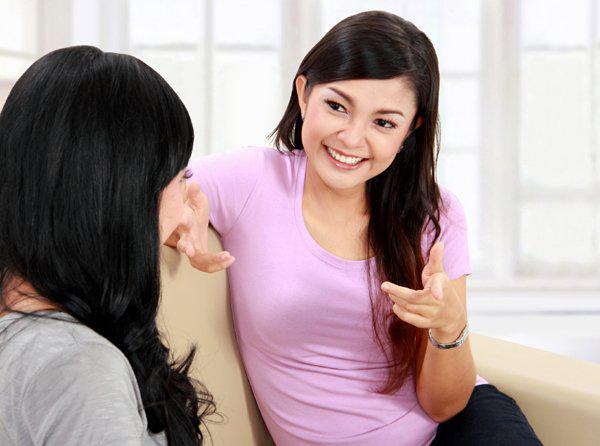 t Google it and you’ll see: There’s a ton of articles about women and friendship, and that tells us that the topic is important. Nearly every day around the web and every month in the major women’s magazines, you can find article after article dedicated to the subject.

t The friendship topics covered are many and varied, and they can include advice on ending a toxic friendship and ways to enhance existing friendships, along with personal essays about just how difficult it is to find new friendships. These worthy writings set out to celebrate friendships between women, they espouse the fact that friendships are equally important to our psyches and our bodies, and they demonstrate all the cool things that having a “bestie” provides.

t But unfortunately, every single one of them lacks two essential things — two very crucial and vital things that could help you to celebrate these important relationships.

t First, they lack any actual advice on just how to get some friends. And second, they fail to mention that most women (seriously — most women) don’t have as many friends as they’d like to.

t Here is the really dirty, awful truth about female friendships: We talk about them and we applaud them, but many, many of us don’t have a ton of really great friendships (this is true for men, too, by the way). Or if we do have the requisite handful, we don’t have one like the “one” described in each and every one of these articles: your go-to gal, your “move-a-body” friend (watch from 2:08) or your “known since childhood and still talk every day” girlfriend.

t And just as seeing the photos of our co-worker’s trip to Australia on Facebook makes us feel bad that we didn’t plan or save for our own trip to Australia (that we’d definitely post pictures of, too — if we went), hearing about all these wonderful, vital and most important friendships that everyone else is having — well, it just makes us feel even worse.

t These articles do get you thinking, and usually, your thoughts go to “Why is it that everyone else can find their female soul mate but I can’t even get some gal chatter in yoga class? Why is it that all these other ladies are taking off on girlfriend getaways but I’m still looking for an invite to a Stella & Dot party?”

t Well, I’m here to tell you that you aren’t alone, nor are you even in the minority.

t If you are reading this article because you could use a new gal pal or two, listen up. If your friendship cabinet is a bit bare, it isn’t because of you or your personality. There isn’t anything wrong with you, and there are relationships and friendships for all of us (remember — the universe is abundant and does provide). So, don’t buy into the hype.

t Friendships ebb and flow and come and go, and they’re not as long-lasting as we’ve commonly believed. A study by a Dutch researcher found that the length of the average friendship is just seven years. More specifically, in the course of seven years, people turned over a nearly a third of their social circle. American research casts a gloomier view, finding that not only are our social circles not long-lasting, but they’re shrinking. The General Social Survey (part of the U.S. Census) found that 25 percent of Americans report having only one close confidant (usually a spouse) and an average of just two. That’s just two folks whom you consider close friends.

t Although I’m no academic, I do hear every day from women who tell me that they are seeking new friendships because they’ve just graduated or moved, become a mom or empty nester, changed jobs, started working virtually or retired — or because they’ve recently married, divorced or become widowed and thus have had their social circle change, often significantly. Since these events aren’t really all that rare, and since they really can make a dramatic impact on our circle of friends, I’m actually a bit surprised that the average friendship lasts as long as seven years! And we haven’t even mentioned friendship changes caused by personal conflicts.

t This is why I say that having a lack of friendships (or more softly, just wanting a few more friends) really isn’t personal but rather situational.

t The facts are that we marry later in life and then divorce more often than not, we relocate frequently and farther away, we work longer hours and commute longer distances, and our generation is not as committed to being part of a religious community as were previous generations.

t We choose friends from the pools that are available to us, that interest us and that describe us. Sometimes, these pools can be a bit empty or simply don’t contain the type of friends we seek. And sometimes, we just don’t have enough pools (aka communities).

t Think about community for a second, not just as a place or a group but as a feeling. According to the Oxford English Dictionary, “community” is “a feeling of fellowship with others, as a result of sharing common attitudes, interests, and goals.”

t And when you are seeking a romantic relationship, you tell your friends and family about your desire, and just as with your job search, you hope they can make a few introductions or perhaps point you in the direction of the best meeting spots around town. But if they don’t happen to know anyone or anything, then you simply turn to a dating site to help you find some good prospects. And given that 40 million people are dating online right now, you’ll probably be sipping cider by next weekend.

t And when you move to a new town or are looking for a new tennis partner, you may also reach out to family and friends for help with your networking, and they’ll likely fix you up with anyone they know who lives in your new area or who shares your interests. But if they don’t happen to have any connections, then you…

tWait… where do you go if you need to make friends and don’t have a community?

t OK, so far, I’ve told you that needing some friends isn’t such an uncommon thing. In fact, the truth is just the opposite — needing new friends is extremely common, even more common than not. And I’ve explained that the need shouldn’t be viewed as a personal problem but rather understood as more about your situation than about any glaring personality issues. And I’ve further explained that most of the time — actually, almost all of the time — friendships are formed through our communities, but due to our changed society, our connection to and involvement in communities is much less than it was just a few decades ago.

t So this is where I fill in the blank where all the other articles leave off and I actually answer your question about how to make or where to find new women friends.

t They are little known because they are relatively new on the scene, but there are online communities that women can join to find potential new friends. This is called friendship networking, and although they’re very similar to dating sites in terms of features and functionality, these communities are women-only and platonic-only.

t These “communities,” although virtual or online, provide great ways to find other women who are very similar to you in terms of geographic location, age and educational and marital status, as well as in terms of their interests. The best thing about this way of meeting people is that you know one thing for sure: All of these gals have the same need, want and desire — to make new friendships with women.

t So give online “friending” a try and find your own answer to the question, “How do I make new friendships with women?”

t You could be taking a walk with a new gal pal this weekend.

4 hrs ago
by Ashley Abramson