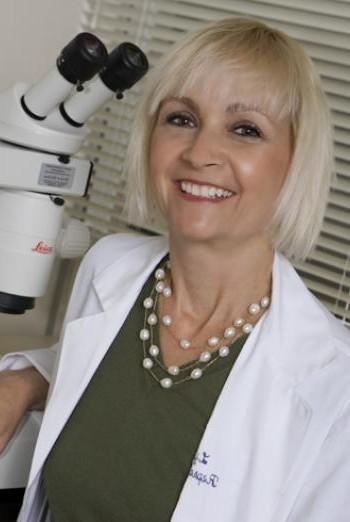 If you’re researching ways to get pregnant, you’re bound to come across old wives tales like doing a baby dance under a full moon or sitting in a pregnant woman’s chair as methods to increase your odds of conception — but the truth of the matter is, focusing on your own health (as well as your partner’s) is probably your best bet.

Related story What Are Ovarian Cysts? Hailey Bieber Opened Up About the Painful Condition She's Been Dealing With

With this one change, men can increase their sperm count and motility, while women can reduce their chances of miscarriage. Moreover, studies have shown that women who smoke take longer to conceive and are more likely to experience infertility. It’s in your best interest to give up smoking altogether, before you begin your fertility journey.

2. Get an ovulation predictor kit

Using an ovulation predictor kit (OPK) is one of the easiest methods of monitoring your fertile window. Before ovulation, your luteinizing hormone (LH) surges up, and OPKs detect that jump one to two days before the egg is released. You can then time sex to happen just after the surge, thus increasing your odds of conception.

Find a high-quality prenatal vitamin with adequate folic acid to prepare your body for pregnancy and develop a strong environment in which your baby can grow.

4. And while you’re at it, FertilityBlend

Speaking of vitamins and supplements, over-the-counter FertilityBlend (formulas for both men and women are available) has shown much promise in helping couples conceive. In a 2006 study, FertilityBlend for Women and FertilityBlend for Men were found to have a positive impact on conception, with no significant side effects.

5. Cut out that extra cup of coffee

A regular cup of coffee contains lots of caffeine — and some studies suggest that high caffeine intake can be associated with miscarriage and infertility. So, limiting caffeine intake is a good idea. Everything in moderation.

6. Keep cocktails (and wine and beer) in check

While everyone knows they should watch the hard stuff while pregnant, it may not be a bad idea to wean yourself off it during the conception process. Studies show that both men and women can benefit from limiting alcohol consumption during this time.

Maybe this one goes without saying, but if you aren’t having regular sex now — get started. And don’t just wait for your ovulation window, either. Sperm can live for three to six days in a woman’s body, so if you’re tracking ovulation, go ahead and give things a go (so to speak) the week before, too.

More: Mother’s Day in the Wake of Infertility

8. Hold off on the veggie burgers

Did you know that soy can have an adverse effect on sperm? Researchers at Harvard have found that men who eat large quantities of soy-based foods produce nearly a third (32 percent) fewer sperm per square millimeter than men who consume no soy-based foods. For your main protein, you and (and the source of your sperm) should try fish, which (as long as it’s low in mercury) has been associated with greater odds of conception.

Bisphenol A, or BPA — the chemical used to make certain plastics used in water bottles and various containers — is now being linked to lower fertility in men. Switch over to metal water bottles and avoid leaving plastic containers in a hot car if they contain food or water. Heat is thought to significantly increase the amount of BPA passed from the container to the consumable substance.

10. Get to a healthy weight

A stunning 30 percent of infertility is due to being overweight or underweight, according to the National Infertility Association. So to conceive faster, lose or gain accordingly! You’ll also avoid more pregnancy complications and feel a lot better after delivery.

Let’s face it: When is exercise not a good idea? The key here is moderation. While doctors disagree about the amount and intensity of exercise that’s ideal for getting pregnant, there’s no question that it can help you reach and maintain that healthy weight. Not a gym rat? Try walking outside a few days a week. You know you can do it!

12. Review medications with your doctor

Some women express concern over giving up their medicine — antidepressants, for example — while trying to get pregnant. It’s probably possible to keep going with your medical treatment while you and your partner make a baby, but talk to your doctor to find out if you need to make any adjustments.

Now is definitely the time for a pap smear, a cervical exam and all the other poking and prodding that comes with a gynecologist visit. Why? It’s much easier to address potential problems before you’re pregnant than during. Get thee to thy annual.

14. Check out your surroundings

Various environmental factors have been linked with fertility levels. If you’re having trouble conceiving, where you live might play a role. Visit the Agency for Toxic Substances and Disease Registry for more information if you suspect toxins in your community.

Easier said than done, right? But stress reduction has been shown to increase fertility in couples. This isn’t to say that infertility is “your” fault if you’ve got an anxiety-provoking job, as so many of us do. But in preparing for pregnancy, you’re establishing habits that can help you for life (including the pregnancy itself), and relaxation techniques like “cognitive restructuring” can help signal to your body that it’s a good time to make a baby. So try out a yoga class, embrace me time and do whatever it is that makes you feel good.