Being in a relationship is tough enough — learning to balance your needs with your partner’s, splitting holidays with families, religion — but what about when the couple is interracial? Does this add to the difficulty or increase the benefits? Turns out it’s both, as I discovered when I interviewed two American couples with widely different backgrounds, cultures and expectations.

Nicole Santos first noticed Raymond McAllister when he sat behind her in a class in the Army. It didn’t take long before she was giggling at his funny observations of their classmates and he was laughing at her humorous asides. Dating, marriage and two beautiful kids soon followed.

Nicole, who is of Puerto Rican descent, and Raymond, who is black, say their relationship didn’t feel unusual in any way. “We’re a military couple and lots of couples in the military are interracial,” Nicole says. But they were worried how their families would feel at first. And while they’ve had the usual squabbles over family time, Nicole says that now any conflict just comes down to the individual people. “I wish I could say it was about race as that would be simpler but really it’s just personality conflicts!” 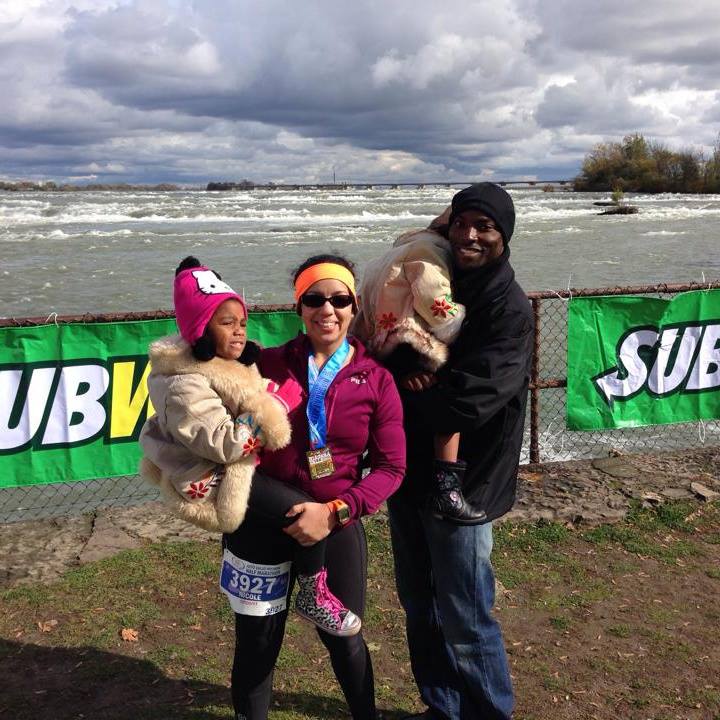 But nothing is ever that sitcom-simple as the couple discovered when they moved their family to northern Maryland. While they both say they haven’t experienced any overt racism they definitely feel the stares in their mostly white neighborhood. “People see a black man and automatically assume I pay child support or we are on welfare,” Raymond says. Nicole adds that while they are happy with their decision to have gotten married in their early 20s, they do get a lot of judgment from other people who think this is just a “starter marriage” and predict they will soon get divorced.

The assumptions are especially difficult when it comes to their daughters. “People see mixed kids and just get confused. They don’t know how to react,” Nicole says, adding that she gets asked a lot whether or not she is her girls’ mom. Even though she thinks it is a bit silly as her daughters are a perfect mix of their parents, she doesn’t mind being asked questions. “I have no problem with people learning, but I do have a problem with people assuming,” she says.

She says it’s particularly painful when people call her kids black. “They are black but they’re also Puerto Rican. By saying one or the other you’re discounting 50 percent of their heritage!” 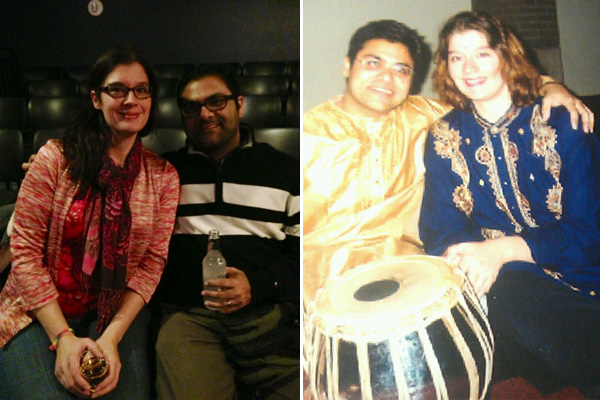 Jennifer Espinosa-Goswami can relate to those kinds of implicit assumptions. She met her husband Pratip Goswami when they both took on a second job grading tests to make ends meet. “I noticed him staring at me at work — I didn’t realize it at the time but it’s a cultural thing for Indian people to stare — so I went over and talked to him.” When he surprised her by showing up for their first date in a full traditional Indian outfit she realized she had a lot to learn about his culture.

Pratip was happy to educate her and the more she learned the more she fell in love, and they were married within a year. At first there was some culture shock for Jennifer as they moved to a neighborhood in Minnesota that was mostly Somali and Indian but she quickly felt at home and even discovered that her Hispanic culture had more in common with the Indian culture than she’d thought. “Indian spices and seasonings are very similar to the ones my family cooks with; we just use them differently. I absolutely love Indian food. Who knew?” she says. Two daughters completed their family.

Jennifer and Pratip, like Nicole and Raymond, say they too haven’t had any issues with people discriminating against them although their daughters’ classmates have lots of questions about what they eat and do. Rather their biggest challenge has been blending Jennifer’s Hispanic family’s Catholicism with Pratip’s Indian family’s Hinduism. At first their extended families struggled with the cultural and religious differences but over the years they’ve learned to accept the other family’s traditions. “They’re even Facebook friends now,” Jennifer laughs.

The couple eventually comprised, agreeing to raise their children as Hindus. Jennifer says that because Hindus don’t discredit Jesus Christ — they see him as a great man — that she felt the kids could respect both religions, a duality she says Catholicism won’t allow. “It was really hard for my parents when we didn’t baptize our kids but they respect our choice now,” she says.

But while being interracial has led to some tough conversations, both couples agree that the benefits make it all worth it — especially the children.

“I see these beautiful mixed children running around and they’re just absolutely perfect,” Nicole says, adding that they’ve nicknamed their daughters “Mocha” and “Cinnamon” because of the lovely tones of their skin. She adds that the girls’ hair is also the perfect blend of their parents, taking the fine texture from their mom and the tight curls from their dad making what Nicole calls “gorgeous tornadoes on their heads.”

Jennifer says that her daughters inherited her lighter skin color but thanks to their dad’s darker tone, they tan beautifully and never sunburn. She adds that it’s important for everyone, not just her kids, to know their roots and be proud of them. “Learn to be comfortable with diversity and open to trying new things but at the same time know your values, how you were raised, what’s important to you and don’t lose that,” she advises.

Both families feel their varied backgrounds have enriched them, making them open to new experiences and showing them how we’re all more alike than we are different. They also feel like their families benefit their communities as a whole as well.

“Overt racism isn’t very prevalent anymore,” Nicole says, “but there is a lot of ignorance and lack of awareness. Some people just don’t grow up around diversity. That’s why they need to see more of it.” She adds that with more and more people with mixed bloodlines getting married it becomes even more ridiculous to try and define someone by their appearance. “You don’t need to know what someone ‘is’ — just stop trying to put people in a category because there isn’t one anymore!”