Whether or not you’re in favor of the Affordable Care Act, the results of it have saved a few lives. Since health care reform took effect, people with pre-existing conditions are finally getting life-saving treatments.

This week, Marcey DiCaro was able to have a 47.5-pound tumor removed from her stomach during surgery. You might have seen the rather graphic image floating around on the internet.

“If the tumor had been let go, it would have killed me,” the Arizona resident said in a statement. “I’m happy to be going on walks and getting back in the pool and getting out and enjoying life.”

She found the tumor in 2012, which is also when she was lacking health insurance. When she got insurance and scheduled the surgery last year, she found out that the insurance company would only pay for a small portion of the costs. That surgery was later canceled.

That’s where the ACA came in. Under it, DiCaro was able to obtain a policy that covered her pre-existing condition. In April, she underwent surgery to remove the tumor, which took 10 hours. 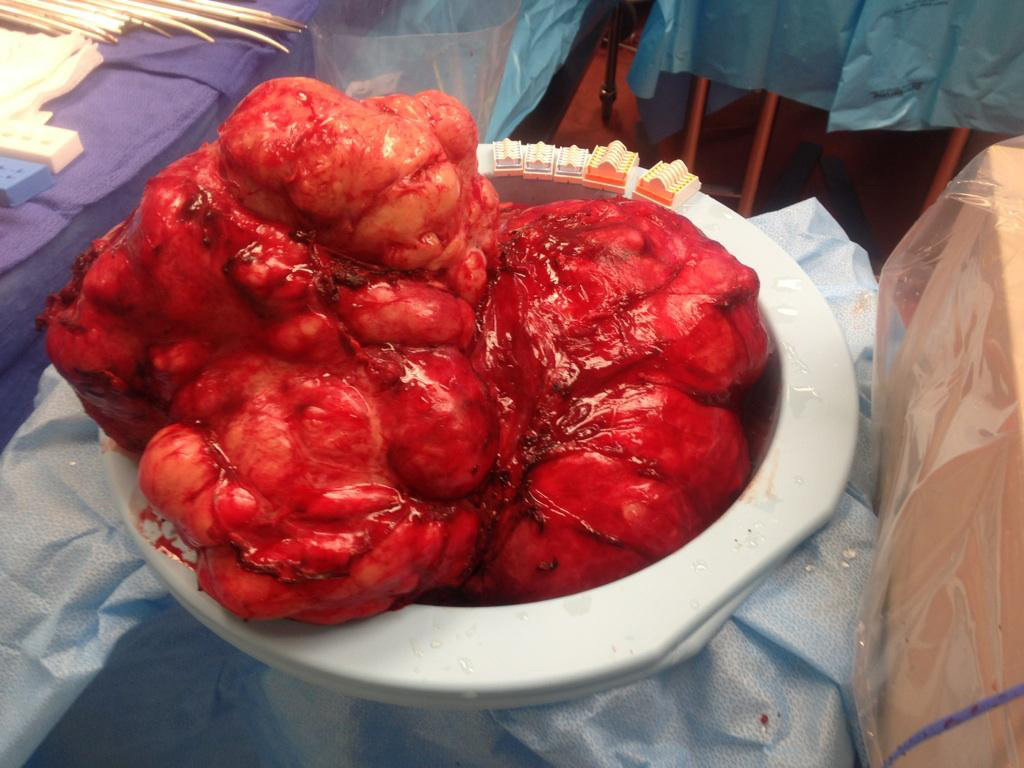 “Obamacare” good for the heart?

DiCaro isn’t the only person out there that has an “Obamacare saved me” type of story. A month before DiCaro had her surgery, Dean Angstadt was able to obtain insurance in order to have a sorely needed heart valve-replacement surgery. Angstadt put off getting a policy under the ACA because he wasn’t much of a supporter as it became law.

“For me, this isn’t about politics,” said Angstadt, from Pennsylvania. “I’m trying to help other people who are like me, stubborn and bullheaded, who refused to even look. From my own experience, the ACA is everything it’s supposed to be, and in fact, better than it’s made out to be.”

Mike O’Dell, a man from Kansas, also needed life-saving surgery — for a new heart. He qualified for Kansas Medicaid, but he couldn’t meet the spend-down requirements for continuous coverage. Through the ACA, he was able to get health insurance and be put on the transplant waiting list. Now the 40-something father of three has a new heart — not to mention a new lease on life.

Note: These stories aren’t meant to promote the ACA — But we do think they are heartwarming tales of how health care reform in general really can impact our lives.

20 hrs ago
by Kimberly Zapata