Is it just us, or is there a sudden surplus of hot single dads walking around? Salt-and-pepper hair, maybe a Smiths T-shirt or a sharp suit… and an adorable toddler or two in tow. How can you catch his attention? Very carefully — and respectfully. Read on for killer pickup lines, impressive openers and date ideas that’ll reel your dream DILF in and charm his children. 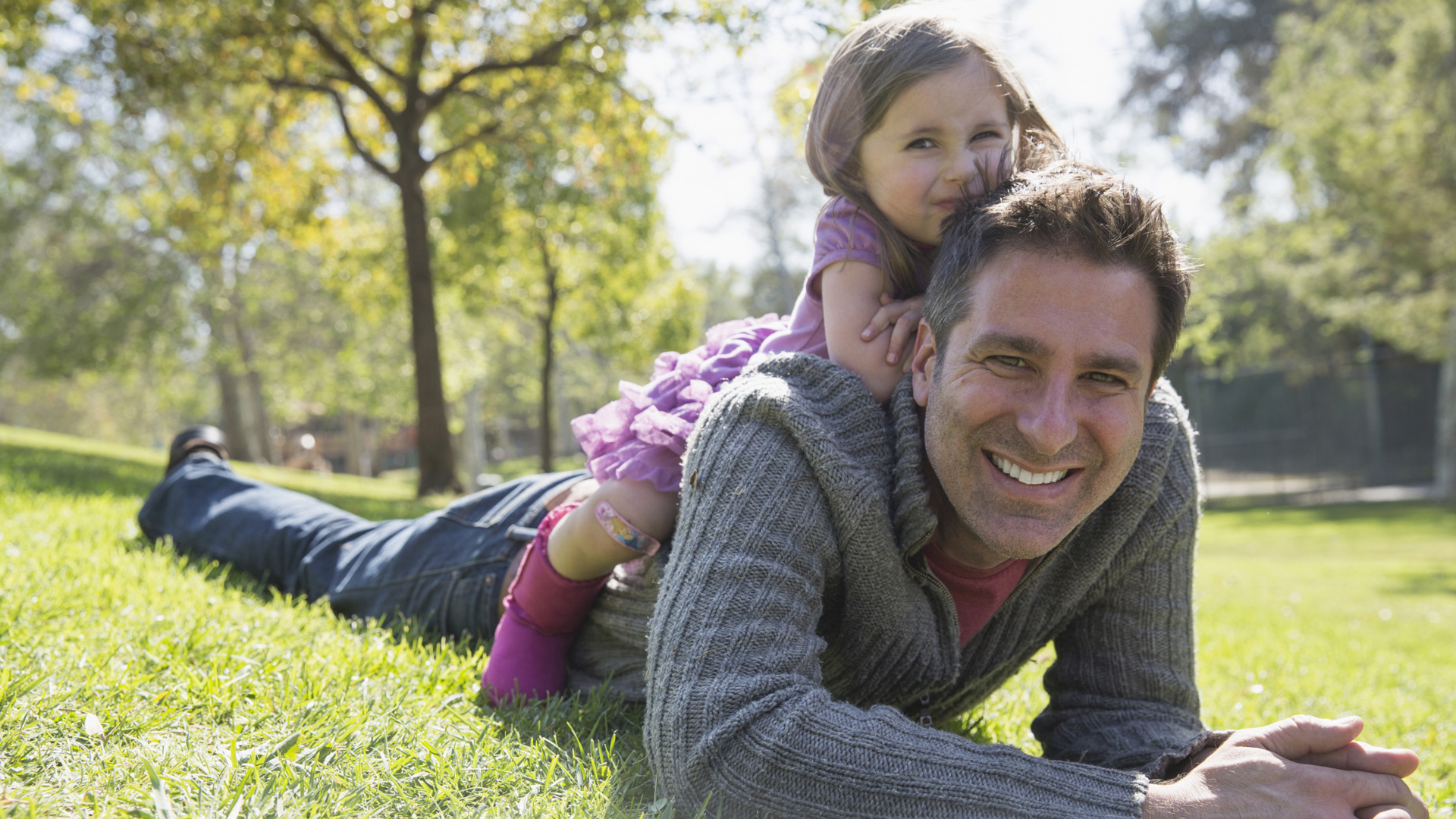 You know what a DILF is — a dad you’d like to, um, find out more about. Do you have an “adult playdate” in mind with the single dad you’re eying? No sweat. Making it happen doesn’t have to be awkward — even if his kid is with him as you chat it up. These can’t-miss expert tips will help you navigate the delicate territory of asking out a single dad… and starting a relationship with him and his kids. There can be beaucoup perks in it for you too (other than his hot bod):

“Many men change when they have children,” says Dr. Christie Hartman, author of Dating the Divorced Man. “They can become more nurturing, more giving, more responsible. This can be a great bonus for the women who date them. Once men have kids, they want a better world because they realize their kids will live in it. Men with daughters in particular may be more conscious of how females — including the women they date — are treated.”

When you’re flirting with him

When you see him in the coffee shop grabbing his morning cortado or on the street as he’s taking a walk with his kids in your neighborhood, it’s go time: Seize your moment, but don’t freeze. You can do this.

“The best way to start a conversation with anyone, man or woman, is simply to collude with their interests,” says relationships expert Dr. Wendy Walsh. “If he is with the kids, ask about their ages or comment on their energy, good behavior, et cetera.”

That said, don’t flirt up such a storm that innocent bystanders are hit with your pheromones:

“Never be physically touchy in front of his kids, nor sexually flirtatious,” Walsh recommends. “That’s just creepy. Also, be honest about your lack of knowledge about children. Let him be the expert. Don’t try to imply that just because you run on estrogen, you know more about parenting.”

When you’re meeting his children for the first time

Say you’re heading to his daughter’s soccer game or grabbing a slice with the whole family: Play it cool. Actually, just play it honest. Kids are more perceptive than you think.

“Be very careful about how you react to children,” Walsh says. “They have a sixth sense and can sniff out a phony right away. If you think the kid has a nice kick, or shared in a polite manner, simply say, ‘Nice job.’ But don’t overdo it. Kids won’t respect you unless you earn their trust.”

When you’re starting to date

Don’t get offended if he can’t snuggle with you 24/7 right out of the gate.

“He’s short on time, so don’t expect him to drop all those responsibilities just because you came along,” Walsh says. “If you patiently wait, this guy will find a way to make time for you.”

And the number-one rule of beginning to date a DILF? Don’t casually mention his ex-wife. Ever. Ever.

“Never bring up his ex or his former marriage,” Hartman says. “This can create negative feelings in either party. Save it for when you get to know him.”

Now go get him, tiger.

More on dating and relationships