Read why this Craigslist classified ad, written by a man who wants to meet a gal who crop dusted in the Trader Joe’s bread aisle, may be one of the most romantic personal ads in history. 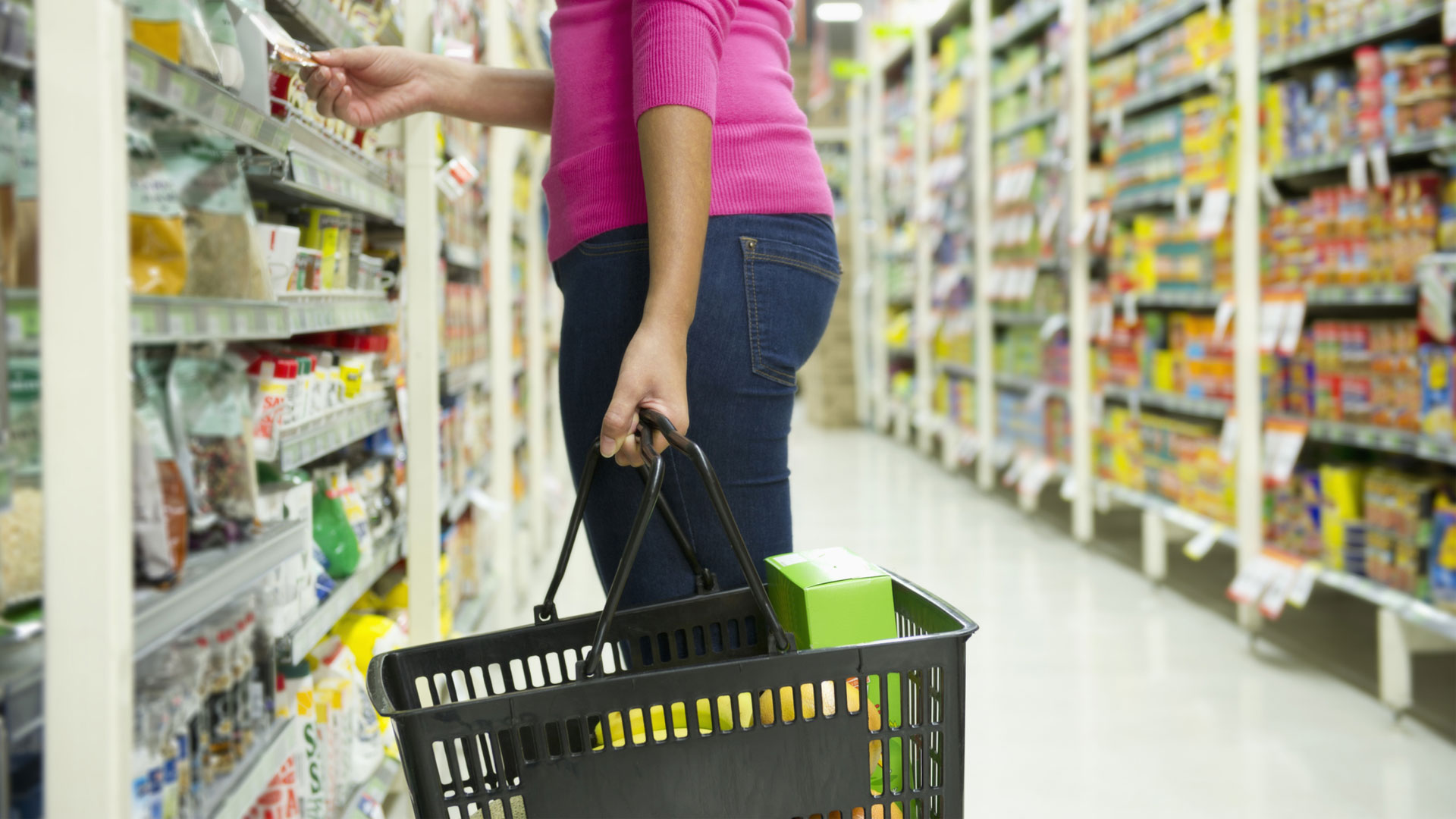 “You were the tall brunette with the near perfect body that farted in the [Trader Joe’s] bread section last night. I was the tall guy next to you that looked over and asked, “Was that you?” You quickly replied, “No, wasn’t me!” You almost seemed insulted I would ask. As the stink grew, you continued to deny your flatulence, but it was evident. I tried to get rid of the stench by waving two loaves of Ciabatta bread. You proceeded to storm off in an angry manner. You are beautiful even if you are a liar and fart like a Clydesdale. I’d love to meet up sometime.” 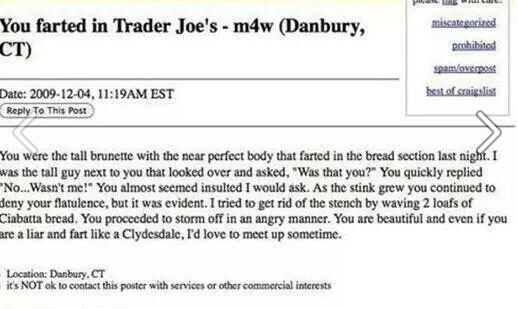 Here’s why we’d date this guy in a heartbeat.

There is the one inescapable truth that bonds all of human kind — we all fart. Tall, beautiful women fart. Kate Upton does the one cheek sneak. Zac Efron blows a**. Everyone, regardless of beauty or wealth or athletic ability rips one once in a while. The other truth that unites us as a species is we all think we’ll get away with it in the grocery store. For some reason, big aisles give us a false sense of security and make us think we can eke one out and either no one will notice, or strangers will assume someone else beefed.

That’s where this Trader Joe’s lady miscalculated. She gave birth to a demon fart, and in the presence of a cute guy no less. The only consolation the demon fart offers is that it will be quiet. So we let it sneak out, not skipping a beat in our shopping, but then it builds. We think we’ll be clear by the end of the cereal aisle. We only realize we’ve unleashed the beast when it’s too late.

What does tall guy do when he realizes the beautiful woman next to him let ‘er rip? After he asks her if she pooed, he waves two loaves of bread together to clear the air. That is funny. Sure it made the girl storm off angrily (proving she did it — otherwise she would have stood there and fanned the air with him), but it’s still hilarious.

Toilet humor, when executed correctly, can lead to the sort of uncontrollable laughter that makes your stomach hurt. Then, this guy writes a personal ad about it with lines like, “You fart like a Clydesdale.” A man with a keen sense of humor is a keeper.

Isn’t there something kind of sweet about a guy who says, “Hey, I don’t care that you ripped a** in the bread aisle and it smelled bad enough to make a sewer worker’s eyes water, I still want to go out with you?”

So, tall guy who wrote this classified ad, we don’t know if Trader Joe’s Fart Girl ever responded to this, but if you’re still single, we’re free Friday night.

An evening with sex toys
When a kiss isn’t just a kiss
Extreme cougars: The cougar craze just got a lot crazier