As coffee indulgent as I am, there isn’t one sip I’ve taken that hasn’t been laced with guilt: Am I improving my health by drinking coffee or am I destroying it even more than I already did during my terrible 20s? Seriously, somebody throw me a bone here. 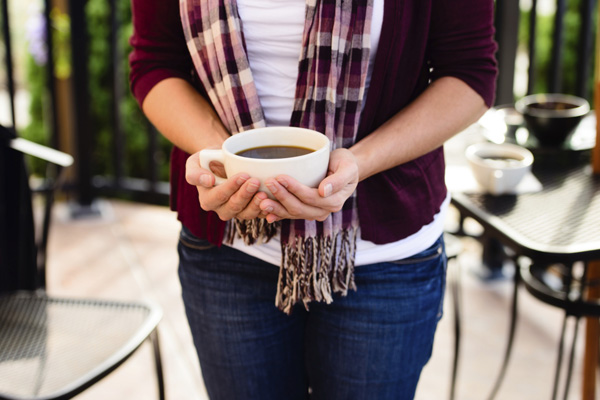 For every study that says it’s good for your health, it’s like an opposing study is published just to mess with your universe. What’s worse: The more you look into it, the less you understand.

“There are a lot of good and bad things about coffee,” says Jeffrey Anshel, optometrist and president of the Ocular Nutrition Society. “Much of the science behind it doesn’t take into account a person’s coffee intake history. Since your body ‘adapts’ to levels of caffeine, unless all of the subjects are ‘historically similar,’ they will react differently.”

Plus, coffee’s complicated: Besides caffeine, it contains hundreds of different compounds, which is why health outcomes from one person to the next are so diverse.

Oodles of studies have been coming out lately that praise coffee and its various health benefits. It may improve your memory, lower your risk of type 2 diabetes, reduce your risk of skin cancer, head depression off at the pass and is apparently ah-mazing for your liver.

Bonus: Studies show our bodies absorb more antioxidants from coffee than anything else (cha-ching!).

A recent study published in Mayo Clinic Proceedings discovered that heavy coffee consumption (more than 4 cups a day) linked 56 percent of under-55s to a greater risk of death from all causes — and the impact seemed to be more serious for women than men, though they’re still trying to determine specifically why. (One theory is that it’s not the coffee itself, but when it’s blended with poor lifestyle habits, like smoking, an unhealthy diet or a lack of exercise.)

Over the years, other studies have shown coffee can also increase the risk of anxiety, insomnia, anemia, gastrointentinal problems and heart disease. Sigh.

What this means for you

The one thing experts can agree on when it comes to individual coffee consumption: Since there’s no definitive proof of either the health benefits or drawbacks of caffeine, simply listen to your body. While the Mayo Clinic suggests sticking to 2-4 cups a day (where each cup is 8 ounces and includes 100 milligrams of caffeine), that might even be too much for you. It all depends on your physical makeup and current health status.

“If you’re drinking so much coffee that you get tremors, have sleeping problems or feel stressed and uncomfortable, then obviously you’re drinking too much coffee,” says Dr. Robert van Dam, assistant professor in the Department of Nutrition at Harvard School of Public Health.

You might also want to limit your caffeine intake if you’re prone to stress, anxiety or sleep problems; have problems with fast or irregular heart rhythms; or have chronic headaches or acid reflux. “I work with anxious women and many do better anxiety-wise with no caffeine in their diets,” says Trudy Scott, food mood expert and author of The Anti-Anxiety Food Solution.

If you do want to cut back on coffee, it’s best to do a slow fade rather than go cold turkey. Caffeine withdrawal is a thing, and can make you feel super icky (like hangover icky). Cut back one cup at a time, wait for your body to adjust, then cut out another cup. Slow and steady wins the race.

However, “for the general population, the evidence suggests that coffee drinking doesn’t have any serious detrimental health effects,” says van Dam. So if you love your morning cup and the only thing upsetting you is guilt, you’re hereby off the hook.

Much ado about coffee

Coffee may lower liver disease risk
Is your coffee habit a medical condition?
Study shows you should drink coffee, just not too much