Imagine being a hunter-gatherer (forager) like our Paleolithic ancestors. It’s not so far-fetched, really. My husband is a passionate ramps forager and, this time of year in the Hudson Valley — trowel in hand — he heads to his secret spots. Upon returning, he sets down plastic bags that bulge with ramps and perfume our kitchen with a pungent stink that matches their aggressive garlicky bite (we love both their “stink” and their bite). The taste? Imagine a cross between scallions, garlic and leeks. 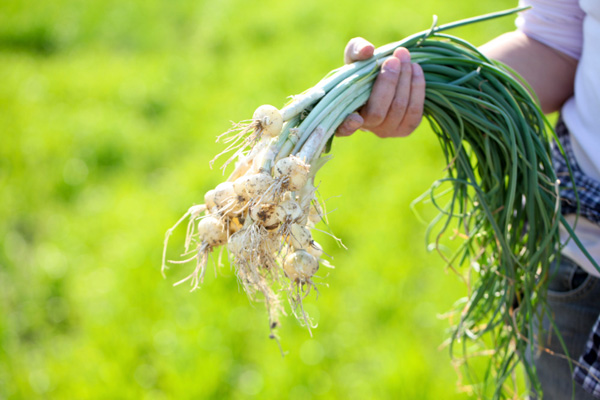 In some parts of the country, foraging for the first, tender, wild spring greens — from edible green shoots, bulbs, leaves and flowers, to edible weeds — is a rite of spring, particularly mid-April through early May. Not only are they packed with vitamins and minerals, wild edibles are the perfect winter-to-spring transition foods — delicious in salads, lightly sautéed or used for pestos.

Stephen Browning, the executive chef of Prairie Whale — a seasonal and local ingredient-driven restaurant in Great Barrington, Massachusetts — is a foraging enthusiast. He became familiar with (and learned to recognize) wild foods when purveyors stopped by to sell their foraged edibles at the former Brooklyn restaurant where he worked. Browning lived in New Jersey at the time and, while hiking, began discovering and harvesting wild foods, himself. “It’s the greatest feeling in the world to forage for your own food. I have a very focused sense of purpose when I’m in the woods — finding ‘free food!'”

After relocating to Sheffield, Massachusetts, in the Berkshires in 2012, Browning only had to step outside his front door to harvest wild food. “I’ve found nettles, sheep sorrel (lemony tasting and great in salads), fiddlehead ferns and garlic mustard growing all around my house. And I’ve harvested enough chickweed — which tastes like spinach when cooked — from my yard to feed six people!”

Jim Gop, another southern Berkshires chef, also appreciates foraged foods, such as ramps, stinging nettles, cattails and Japanese knotweed, and features them as seasonal highlights on the menus at The Meat Market restaurant and Fire Roasted Catering in Great Barrington.

Japanese knotweed, an invasive plant belonging to the buckwheat family, has fat, green, red-flecked stalks. The shoots, which have a tart flavor similar to rhubarb, should be harvested when they’re young and tender, usually from mid-April to early May; after that, the plant gets tough and woody. “You can use these shoots the same way that you would use rhubarb — for jams, preserves, pickled and stewed,” says Gop.

Shoots and greens: Where they grow

Along the California coast and in the Southeast U.S., foragers will find wild radishes (from the same genetic family as wild mustard and cultivated flowering cabbages, like Brussels sprouts and broccoli) and black mustard (another Brassica very similar in appearance to the wild radish).

And, miner’s lettuce, which favors cool, moist places, pops up throughout the West, from Alaska, down the coast to Baja California and east to Arizona, Utah, Colorado, Wyoming and the Dakotas. A uniquely rich source of Vitamin C, miner’s lettuce was named after the California gold miners who relied on its nutritive properties to prevent scurvy and to sustain them when other food sources were scarce.

Ramps, also known as wild leeks, are another prolific spring allium, native to the eastern North American mountains. You can find ramps growing from South Carolina to Quebec, but they are often associated with (and celebrated in) Appalachia as the first, tonic green to eat after the long winter.

Ideally, you would get hands-on guidance from an experienced forager. You can also consult a field guide as a starting point. Browning recommends the following guides. 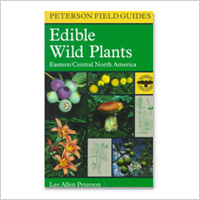 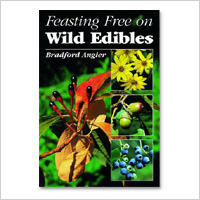 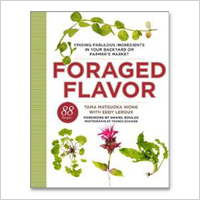 Foraged Flavor: Finding Fabulous Ingredients in Your Backyard or Farmers Market, with 88 Recipes
2

Many wild foods can grow near poison ivy or poison oak. Deep woods foraging for ramps or other wild edibles invite deer ticks, carriers of Lyme’s Disease and often voracious from their winter dormancy, to feast on you. Wear a light-colored long-sleeved shirt and pants, a hat, garden gloves, and strategically spray a DEET-based insect repellent. Tuck your pants into your socks or into knee-high Muck boots. After foraging, be sure to check yourself — or have someone else check you — for ticks.

Take notes to help you remember where and when wild foods pop up (it makes hunting for them next year much easier).

Avoid foraging too far afield in unfamiliar or remote areas without letting someone (or a few friends) know where you are going. Women, especially, should avoid traveling alone in backcountry. Carry water, a compass and a first-aid kit.

Take trimming scissors, a pocketknife (for nettles or other thorny plants), or a small garden trowel (for ramps) and a bag for collecting what you harvest. Take only what you intend to use. Avoid picking wild edibles that grow near the roadside — they absorb too many toxins from road sludge.