A new report sheds light on the benefits — and harms — of mammograms, and urges doctors to customize women’s screening. 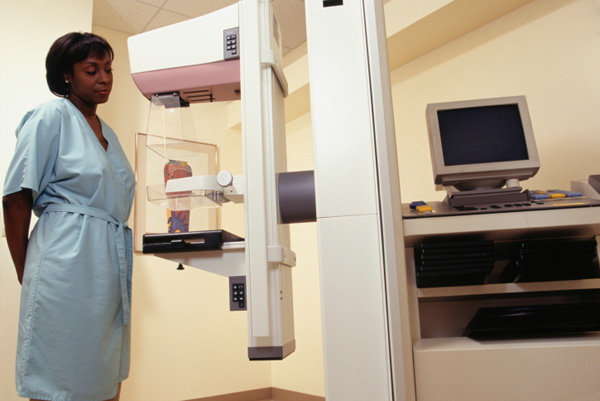 Before you set up your next mammogram, make sure you really need it.

A recent report from Harvard Medical School’s Department of Health Care Policy and Brigham and Women’s Hospital finds that the benefits of the test are overestimated — and the harms are underestimated. The report was published in JAMA.

A few years ago in 2009, the U.S. Preventive Services Task Force changed its recommendations to say that women need routine screening every two years starting at the age of 50 — instead of having a mammogram every year or two starting at age 40. Some reports say that doctors aren’t following the new recommendations.

The new report says that the best estimate of death reduction from breast cancer due to annual screening is about 19 percent in all women, about 15 percent in women in their 40s and about 32 percent for women in their 60s. The researchers linked mammography to harms that all women may be subject to, not just those who have benefited from the test.

Out of about 10,000 women in their 40s who have a yearly mammography for 10 years, about 190 will receive a breast cancer diagnosis. Of them, about five will avoid death due to screening, but about 25 will die whether they had the test or not. The rest will survive due to treatment options.

What’s so harmful about a test that could detect a life-threatening disease? Overdiagnosis, according to Nancy Keating, co-author of the report. Keating is a health care policy professor at Harvard and an associate professor of medicine at Brigham and Women’s.

Overdiagnosis is the finding of cancers that never would have become clinically evident during a woman’s lifetime because it never grew or she died from another cause. Current techniques don’t allow people to know which cancers could be safely observed and which need treatment. The report says about 19 percent of women are overdiagnosed — so 36 of those 190 women diagnosed with breast cancer (see above) would receive unnecessary surgery, chemotherapy or radiotherapy.

Another problem is that more than half of the women who get annual screenings over the span of a decade can have a false positive that warrants more imaging. And about 20 percent of those result in unnecessary biopsies.

“While we need more research on mammography’s benefits and harms today, existing data suggest that we have been overestimating the benefits of mammography and underestimating the harms over the years,” said Lydia Pace, research fellow in women’s health at Brigham and Women’s who co-authored the report.

“It is really important to have informed discussions with our patients to help them understand the chances that a mammogram will benefit them as well as the possible downsides of getting a mammogram, so that they can incorporate their own values and preferences in making the right decision for themselves,” she added.

Keating said it is vital to look at a patient’s profile, because some women don’t have a longer life expectancy.

“I have 80-year-olds in my practice with life expectancies of 15 or 20 years, and 60-year-olds who will likely only live another year or two,” she said. “Those two kinds of patients need different recommendations about whether to continue screenings, and it can’t be based simply on the patient’s age.”