Guys looking to score a hot chick might be wise to put down the weights and pick up some coding skills. A new survey by Harris Interactive and computer-memory retailer Crucial.com found that 87 percent of women would rather date a guy who’s handy with computers and gadgets than a man who spends a lot of time at the gym. 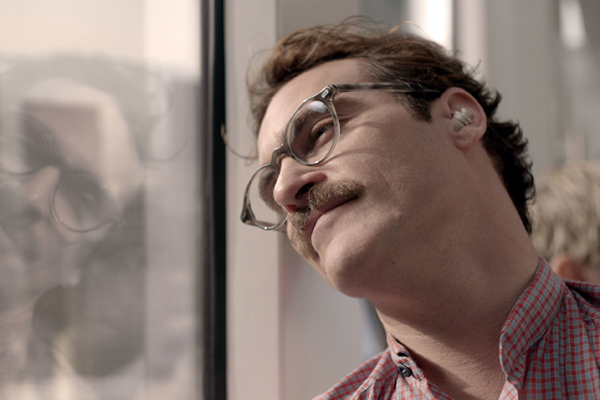 But come on, we already knew that geeks are gaining ground in the panty-dropping department. (Hello, Mark Zuckerberg!) The survey’s results appear to back that up: It says 68 percent of Americans agree that women are finding tech-savvy guys more attractive now than they did five years ago.

We talked to a few experts with some insight into why geeks are suddenly sexy.

Who wields the ability to change society and shape the way we live? It’s not the dude blasting his lats on a weight bench.

“We are living in an age where brains are valued more than brawn at the moment,” says Gerard Benchetrit, CEO of Spiffy Society, an eyeglasses retailer specializing in geek-chic frames. “In ancient days, a man was seen as powerful if he had muscular strength, but now world leaders and influencers have to be well educated and great thinkers to be successful. ‘Geeks’ run the world now.”

“Women today are much more independent, and financially independent. So why do they need a man? They need a man to make their lives easier, more comfortable, more supportive,” says John Gray, Ph.D., relationship expert and author of Men Are From Mars, Women Are from Venus.

“Being independent, women tend to become overwhelmed. If you ask most women, what they need most is more time,” Gray says. “Computers, when they go down and when they’re not working, can dramatically eat up your time. To have a guy around who is not only capable of that but enjoys doing that is a huge asset.”

Kind of like a live-in Genius Bar — minus the long lines.

Geeks of all kinds have risen to mainstream sex-symbol status in 2014. “Numerous geeks are in the constant public eye due to technology,” says Jennifer Boyd, a cultural anthropologist who studies geek chic’s influence on popular culture. “Twitter and Facebook keep us connected to our favorite celebrity geek.”

Which guys are hot right now? There are several that stand out, Boyd says: director Joss Whedon, who created Buffy: The Vampire Slayer and wrote The Avengers movie; actor Nathan Fillion, of Firefly and Castle; M. Night Shyamalan, who made a superhero movie, Unbreakable, before they were “cool”; and even Vin Diesel, who loves playing Dungeons & Dragons so much he tattooed his character name on his arm.

“Those who consistently purchase — and might I say worship? — Apple products might argue that Steve Jobs was the epitome of a sexy male geek,” she says. “He rose to power [and] attained status and wealth, all three of which have long been considered symbols of the alpha male in most societies. Fans of Microsoft would say the same of Bill Gates, who also achieved all those things and is also a great humanitarian — another very desirable trait.”

“If geeks are attaining power and status, that is usually a motivating force for women to become attracted to them,” Boyd continues. “Other women may find geeks attractive because they identify as a geek themselves and look for a compatible mate who will have shared interests.”

Someone to binge-watch Battlestar Galactica with us? Yesssss! 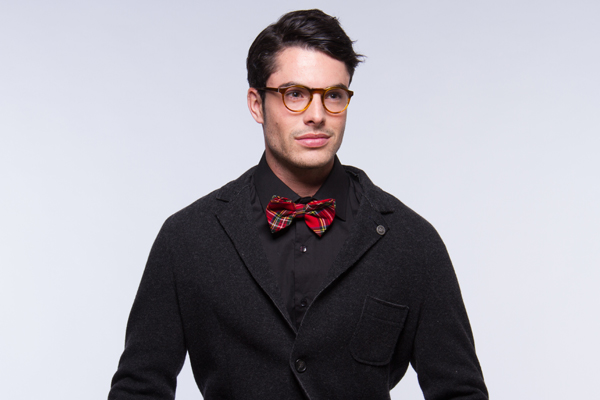 Since gadgets and tech are such huge parts of our lives today, we’d wager that today’s women have more in common with geeks than they do fitness fanatics. Just look at what’s hot in fashion, which is currently taking a cue from tech culture.

“Our best-selling frame right now is the London in Honey Tort,” eyewear expert Benchetrit says. “It’s a really fun frame. It also strongly resembles the glasses worn by Joaquin Phoenix in Spike Jonze’s film Her — which was a big surprise hit last year. I think many people could identify with Phoenix’s character in the movie.”

If you have a crush on a geek, here’s how to get his attention

“Many tech geeks tend to show up as shy and don’t feel comfortable making the first move,” Gray says. “You can curl your hair, you can look at him…. He might think you think he’s weird and you’re disapproving of him, rather than inviting him over.”

Stand tall, speak up, and make your intentions clear:

“Men today are more shy. They’re more considerate, they’re more caring, they don’t want to intrude your space,” Gray says. “Typically a lot of the good fish, you have to go and hook ’em in. Basically, you want to be direct, you want to put yourself right in front of him — right next to him — and ask him, ‘What do you do?’ Then he can talk about what he does. And then, don’t ask another question. Imagine he’s asked you the question, which is ‘What do you do?'”

“A geek guy may be interested in you, but he doesn’t pursue you. And quite often the woman he’s interested in, he’ll ignore the most. Why is that? Because it’s the greatest risk of rejection,” Gray says.

How Google Glass could change the way we hook up
5 Craziest marriage proposals on the internet
Man Candy Mondays: Adam Brody