According to a recent report published by the Centers for Disease Control, more than two-thirds of the adult population in America is overweight. That’s a whopping 130 million people. 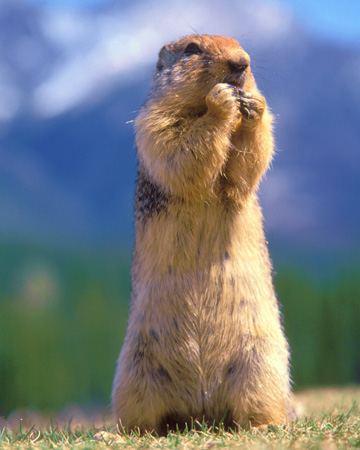 Recent scientific findings, based on animal research, suggest there is a solution.

Biologist Matt Andrews from the University of Minnesota-Duluth (UMD) found that gophers, a rodent found in both North and Central America, store a special kind of fat called brown adipose tissue, also known as brown fat. During their hibernation period, when gophers are awake (every 10 days or so) their brown fat is stimulated. This process generates heat and causes them to burn calories like crazy.

Not only gophers possess brown fat; humans have it too. In fact, when we’re born, our bodies are filled with it. It surrounds our central organs, keeping us warm and helping our bodies adapt to life outside the womb.

The catch? As we grow older, the brown fat content in our bodies greatly diminishes, leaving us with only a minute amount, located near our shoulder blades.

“When we’re born, we come out of a placental environment. We’re wet and it’s cool outside. This can be very dangerous for babies, so brown fat is the natural mechanism that keeps them warm. Brown fat generates heat by burning fat,” says Andrews. “Adults are energetically active and generate heat on their own so they don’t need brown fat.”

Brown fat cells are essentially fat burning machines, so researchers believe that finding a way to activate brown fat in adults could be the solution to long-term weight loss. The key is to find a way to trick white fat cells (those pesky fat cells that cling to our hips, giving us love handles and expanding our waistlines) into acting like brown fat cells.

Andrews and his team’s UMD study of gophers is significant because it identified thousands of genes in the fat of gophers that could potentially lead to a drug that helps burn fat in humans. Their discovery initiated a race between pharmaceutical companies to create drugs that enhance fat burning.

For a country that spends billions of dollars each year on weight loss, the benefits of discovering how these genes are turned on and off are obvious.

But don’t expect a gopher weight-loss pill just yet.

“The process is called ‘browning white fat,’” says Andrews. “The idea is that your storage organ could turn into more of a combustion organ. You are essentially asking a cell to differentiate into something else. It’s not easy to switch a cell over like that.”

The pharmaceutical industry certainly has their work cut out for them.

The path from gopher to drug that combats obesity will be long and difficult, but the promise is there.

Do you have the belly fat gene?
Top 10 diet mistakes that prevent women from losing weight
Guess what? Exercise can cause your body to store fat